I want every single car & track that's ever been in all the gran turismo's to be in the new release.And hopefully alot more DLC to come with it. Damage isn't a thing because we have never had it anyway.,So again, I would rather ask for more cars & tracks than damage physics to tell you the truth. Thats my opinion.
E

i think the best traks are the mountain roads. in my country there are a lot of competitions in these roads. you can see in youtube or in the web "urkiola", "urraki", "subida al fito", and 1 of the best hillclimb i see is "ander vilariño" in the hillclimb of "Laukiz" whith a reynald f3000 with about 750hp. see it and enjoy.
R

First..The tune up of some engines are not real..for example lets take the VW GTI MKIV, the power band when you upgrade it isn't like that, and in the real world there are tons of GTI with 350, 400, 600 and some 900 whp, in the first scales the power band get improved in all sections (same as torque), after the 320 whp the lag increases a lot, but in comparision with the stock engine it still behaves much better.... I liked the idea of the first GT were you bought turbos, clutches, cams, exhaust,...also liked the idea of the racing modification...maybe ther could be a lot of improve for those who like to change, improve, tune or just modify cars & engines...I think the potential of the next GT is big, and there is an idea

Second...would like to se more tunners, like Alpina, ABT, RUF, etc...had to say...i love to try the Ferrari (thank's!!), and maybe some world know packages like the stage 3 BMW M3 1000hp for say something

Third...with the G25, the manual gear change dosen't goes right with the speed that you change gears, the game has a limit, ther is a point that dosen't matter if you do it faster...and would like to hear the sound when you miss a gear (so you can scream ouchhh!)

Fourth....cars, cars and more cars...I would love to have in GT5 all the cars that have the older versions (and more...yes that too much!!!, but...this is a wish list)

Fifth...hope that the interior lights would be an option, so I could se the instruments...and change gears with the tachometer of the car...

And the list go on and on....but I need to write this...I wish to drive in SPA

I guess I'm one of the many, angry with "Neutral Lock."
Driving with the wheel should not be a major downer....I just bought a ps3, gt5p, and logitech g27, just so I can have a fun, safe, and realistic drift experience.
But after a day goes by and I accept the update, thinking, "Man, how can this game get any better?" I find that dropping the clutch while redlining, throws the car into neutral.
Before I knew any better, I actually thought my g27 went bad.
I repacked the wheel, brought it back to bestbuy and returned home with a new one, just to find out I'm still stuck.
I'm sure there are many, really upset by this loss in gameplay.
Searching through GTplanet has taught me that controller racers claimed a loss in advantage due to wheel racers flat shifting through the course.
Come on!?!?
Controllers don't have to fight a wheel, and from what I've witnessed, the controllers return to center a lot faster than a wheel. I guess this gives them faster steering lock to lock.
Forza 3 has come up with a solution.....CLUTCH BUTTON....durrrr...
Hopefully this has already been remedied.

Also, I am really big into D1 GP.
I love the fact that Gran turismo is a major sponsor of the event.
The drift trials reek of lazy programming.
I took the time to watch the number 1 ranked drivers, and I have found that
I am not at all impressed watching cheater ways to amass points based on a flawed system.
PS2 had Yuke's D1GP incorporating the judging of real D1 events!!
If they want to keep the drift trials, sure, go ahead.
But Please don't say that you have a drift mode in the game and expect drifters to be happy.
We would love to see a drivers meeting before the event showing us, what speed, lines and points we are supposed to hit.
Incorporate CPU tandem runs for those whose internet connection is too slow.
KY wants a total driving experience... Ok, you got NASCAR to help you bring in the big bucks, but please please don't get lazy or cheap on the competitive Drifting world.
I'd rather take my ps3 and g27 back to store than to play an incomplete game.

humpus
Another thing that isn't so hard is more detailed race results.
Just show us which tyre compound everyone is on, and the horsepower maybe.
And show us who drove the fastest lap!
Click to expand...

I don't believe the game should give ANY information about other people's setups.

But statistics about who was in the race, what car they were driving, what PP they were running, and where everyone finished should be saved for all online races. These simple stats would take mere bytes of space on the hard drive.

It would be great to look back and see what your average finish was over every online race you ever ran.

This is all information which you could gather for yourself, but it would take ALOT of effort, and the PS could do it automatically with no effort. And with only a few lines of code.

Other:
Weather.
I would love to adjust setting on how the weather will be when I race.

Accurate Exhaust and Engine noises.
We already have that on Gran Turismo 5 Prolouge but I hope that they apply it to all the concepts and big supercars like the One-77 and Bugatti Veyron to name a few.

More realistic physics system.
I haven't got the chance to drive the GT5 Time Trial so.

Working Clutch on EVERY car that has a manual transmission.

Ability to tune my car with aftermarket parts that actually affect performance and I CAN HEAR the aftermarket exhaust I put on my car.

Ability to buy/change rims for my car and their color, how bit the lip should be, camber, toe, etc..

Ability to change my car's color if I want.

Bring back the useless Car Wash. It was fun!

Career mode. Don't disappoint us like you did with GT

SP, Yamauchi-san. We have faith in you.

I want to be able to buy spoilers for my car, and maybe body kits.

Use the same music as the GT series on Playstation. The music on GT

SP made me feel like I was playing a totally different game. It wasn't working for me.

I want to be able to change my steering wheel, add meters, and a working nav screen for the interior of my car.

USED CAR DEALERSHIP PLEASE! I want everything GT2 had!

Let there be a setting or a mode that lets you drive by yourself on, say, Nurburgring for as long as you want.

I would appreciate a car preview that lets me open the hood, look at the engine and if I mod it, see the mods, open the doors, trunk, etc.

I want there to be a tutorial or something that teaches you how to drift.

Good racing music, like every Gran Turismo before GT5

Maybe make use of a Pit Stop.

Let us make our own livery for our cars.

I want to be able to honk the horn in my car.

If it's raining, I want the wipers on my car to be on.

Another thing I want is that when I'm racing, the car gets dirty, scratches, dents, etc, I can go and repair and give my car a car wash instead of it just automatically fixing everything. And it should ask you if you want to repair or clean your car if you accidentally start a race before doing those things.
I

I wish to see more european cars, especially some form 80s and 90s (like VW Scirocco, Corrado VR6) and less japaneese cars (30 versionf of Nissmo my God...).
I´d love to see real diesel engines - with their real sounds and performances. I wish, before we buy a car, we choose gear box - and once and for all - you choose automatic, you have always automatic, you choose manual, you have manual. And of course automatic shiftts gears slower than experrienced driver with manual gearbox (except DSG gearboxes).

anybody think side view on the outside of the car would be nice ?

Anybody has an opinion on how the hell FOUR Saabs came out on top in the Most Wanted Cars section of http://ideas.gtplanet.net/forums/5937-most-wanted-cars? 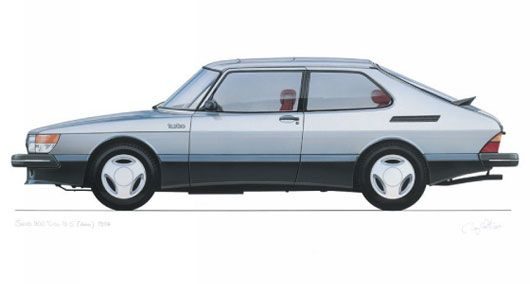 Come on. Someone cheated here and it's obvious. JORDAN! Help! Isn't it somehow possible to prove that these four entries are cheated? Say, if all of these thousands of votes are coming from a certain I.P.-number range inside the same building? If possible, Jordan, please delete them and prevent PD from delaying GT5 because they think they have to model all existing Saabs because of their apparent "popularity".
Last edited: Sep 2, 2010

Mr. Apex
Anybody has an opinion on how the hell FOUR Saabs came out on top in the Most Wanted Cars section of http://ideas.gtplanet.net/forums/5937-most-wanted-cars?

Come on. Someone cheated here and it's obvious. JORDAN! Help! Isn't it somehow possible to prove that these four entries are cheated? Say, if all of these thousands of votes are coming from a certain I.P.-number range inside the same building? If possible, Jordan, please delete them and prevent PD from delaying GT5 because they think they have to model all existing Saabs because of their apparent "popularity".
Click to expand...

I think there will be 1 big surprise in GT5: Porsche will be in the game (meeeeeeeeeeeennn...let me dream a little bit

Well, after a bit of rethinking I don't care if the ugly Saab is in or not, but this german guy on E30.de finished his M3 E30 V10 swap &#8230; and well, I'd like to drive that one on the Nürburgring. Guess I'll have to wait for GT5 hybriding to do that (if the game ever comes out).

I would vote for vSync! lol! Must have feature!

has anyone asked for donington park to be added to the game. Would love to drive that track with the Audi R8 v10!

Your Most Winningest Cars

Mod Thread - Do we Split it or Keep it as one