What was your favorite cartoon and series as a kid?

It's a G thing

Other series I loved to watch... hmmm.

Right... I think I have showed my age enough lol
K

Did not watch it as a kid but as an adult and I liked it very much.

I loved pretty much everything on Cartoon Network in the late 90's (born in 1991).

Aw, I don't even remember... I've got vague memories of Samurai Jack, and some Toonami stuff, I don't really remember my early childhood.

Born in 1993.
My favourites were the old Soviet cartoons (Nu Pogodi (a.k.a. Well, Just you wait!) and Prostokvashino (a.k.a. Buttermilk Village) mostly), and some American cartoons, the best I remember is Tom and Jerry.

Anything on Toonami (in the U.S.), Dexter's Lab, Samurai Jack, Foster's Home, Hey Arnold, Recess, Digimon, 90s Batman and Superman and Batman Beyond...ton of other things I can't remember. 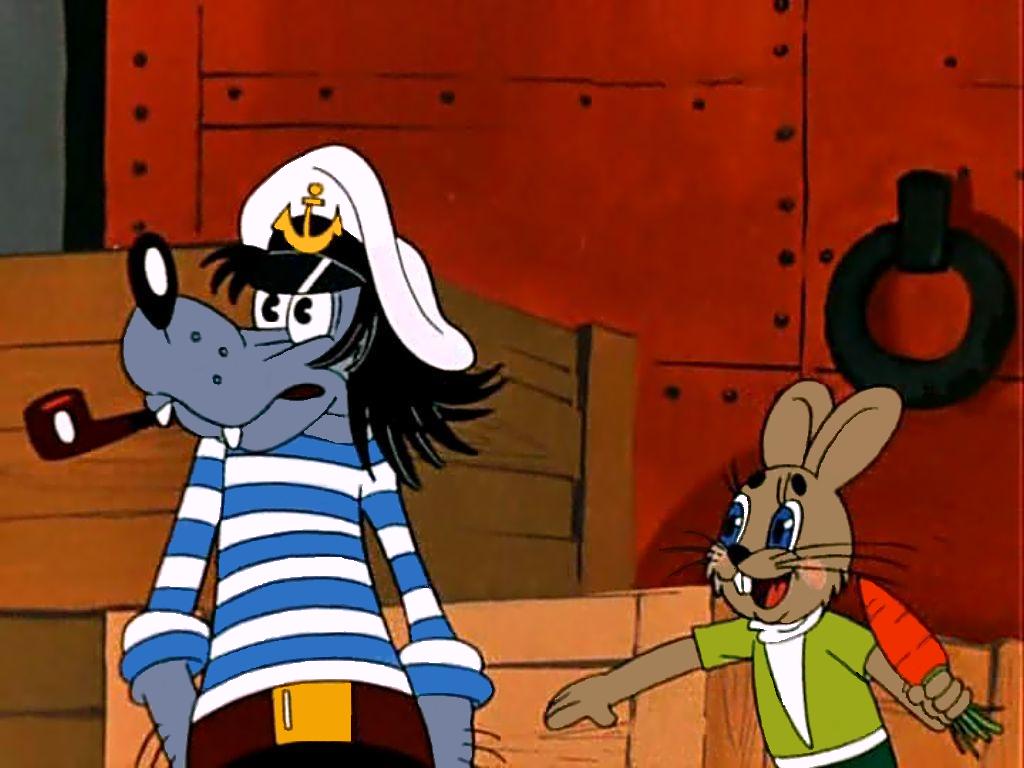 ^ Nu Pogodi, a bunch of other Russian/Soviet ones, Tom & Jerry, "Stop the Pigeon", Cow and Chicken, Scooby Doo, and some others later on.

Famine
I was getting worried for the thread then. I was doing a degree when some of these kids were born...
Click to expand...

A few of my faves from my childhood... (in no particular order)

There was no other cartoon I enjoyed as much as I did Inspector Gadget. The theme song for it was just amazing. They don't make them like that anymore.

Coxis
There was no other cartoon I enjoyed as much as I did Inspector Gadget. The theme song for it was just amazing. They don't make them like that anymore.
Click to expand...

There was an Inspector Gadget game app that lets you earn points to unlock episodes. It was called Inspector Gadget M.A.D. Dash. They took it down and made M.A.D. Grab, but it doesn't have unlockable episodes.

EDIT:
Uh uh uh and TaleSpin, how could i forget!

I can't make this list any shorter, and in no order:

*Tries to decide his favourite*

60's Spider-Man was good too....if a little trippy at times.

What ever was on during the 90's

I got all of Sailor Moon in its proper format.

Was born in 86, remember liking Transformers, Thundercats, Wacky Racers and Hey Arnold... But I was never really into cartoons much when I was young (I liked Power Rangers!). A little later I really did get into Pokemon for a short while and then fell in love with Dragonball Z and Gundam Wing.

Those last two were the ones that gripped me, even to this day I can watch those and enjoy them, though I haven't done for a long time. These days I do admit I love South Park, used to watch that when I was young too and thought it was great just because of the foul language and crazyness of it, but I actually enjoy that more now than I did then. 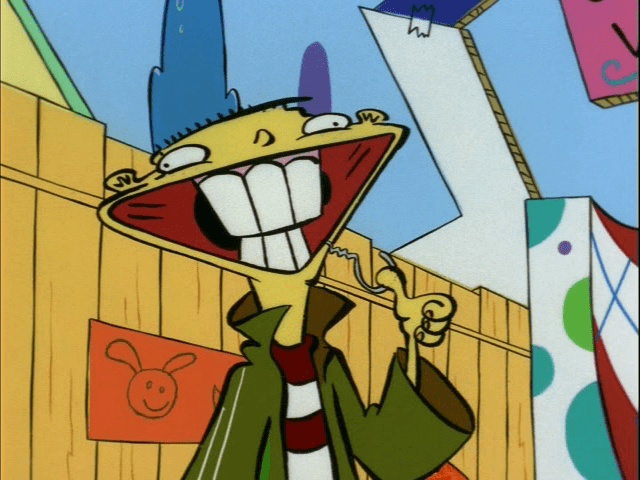 Tom and Jerry
Inspector Gadget
Pretty much everything that was on Toonami from 2001-2005.

Bugs Bunny definitely comes out on top for me.

For me, this topic has come to mind ever since I became hooked to Adventure Time as a result of my parents banning my young sister from watching it. Thus, fuelling my curiosity and eventual admiration of the show (btw I'm now 19 years old). I have watched many shows from both Nickelodeon and Cartoon Network, both cartoon and non-cartoon, and here's my history as well as my favourites:

The first time I remember watching cartoons was about 2001-which at that time I was living in Singapore, and my parents could afford cable. I often switched between Nick and CN. I found that on Nick I enjoyed the non-animated shows-the two favourites that come to mind are the game show Legends of the Hidden Temple (here's a snippet) and Kenan & Kel (Who love's Orange Soda?

)-as much as I enjoyed the cartoons shows-Rugrats, CatDog and Angry Beavers spring into mind the most vivid recollections. Nick also aired Arthur, which has probably one of the best opening theme songs to any cartoon in my opinion

. As for CN, I absolutely LOVED the cartoons; Dexter's Lab, Powerpuff girls (admittedly

), Ed, Edd n Eddy and (very briefly) Samurai Jack, these were amazing shows of which I spent many an hour watching-as going outside wasn't an option due to the monsoonal-like rain during half of the year...

Then around mid-2003, my family and I returned to Australia. Cable was expensive so my parents didn't purchase it initially.
Thus, the only enjoyable shows available were on Australia's Government-funded channel known as the ABC (Australian Broadcasting Corporation), with the only cartoon I remember being Blinky Bill (Australian GTPlanet member will more likely know the show). There was also Yu-Gi-Oh on another channel (10), which was amusing (whilst the fad existed at my school for the best part of a year and a half)

Then, about two years later (mid-late 2005), my parents finally purchased cable. Note that I emphasise the word cable, because free-to-air had started to become (and has now come) to the point of stupidity in terms of content and especially advertising (from the amount of commercial breaks they can cram in to the cross-promotion during the show and in sport, through the commentator's mouths), although some cable channels are also guilty of this (especially Cartoon Network cross-promoting products including their apps, Adventure Time merchandise purchasable from EB Games and Steven Universe-all whilst the show is running

Unfortunately, my love for cartoons at this stage began to fade. I stopped watching CN as all the shows I loved disappeared and were replaced with others that I didn't like, and as for Nickelodeon, there were still some shows both new and old that I didn't mind, such as Avatar, All Grown Up (the Rugrats as teenagers), Spongebob, The Fairly OddParents-but in comparison to the shows I watched in Singapore, they weren't nearly as enjoyable. Spongebob was probably the one I watched continuously. What's worse, Nickelodeon Australia also began to populate with several non-cartoon shows, the majority of which were High School related and I absolutely regretted watching them (especially the shows featuring Miranda Cosgrove

, whom I absolutely loathed in comparison to Amanda Bynes. The existence of iCarly would be the final nail in coffin in terms of me watching Nick). Thus, by 2008, I stopped watching cartoons (and kids shows) altogether; the only form of 'animation' I really watched was the Simpsons (and sometimes Family Guy and Futurama), which I enjoyed watching until I realised that the 'marathons' that were on every Saturday and Sunday consisted of nothing more than the same old episodes from the 90's being repeated for the 90th time

My love for cartoons has only been just rediscovered last year in the form of Adventure Time, as I mentioned above. Initially, and in all honesty, I had no idea that the show had existed and the first time I saw reference to it was, of all places, in Call of Duty Black Ops 2 with people running around with Finn and Jake as their customised emblems (kids and CoD, what are you going to do?

). I then heard of the show from my sister, who had only just started school (there is a large age gap, as I had only just started University), got hooked onto that show until she was banned. When I asked my parents why, they saw some of the more mature references the show had to offer, and deemed it as inappropriate for her to watch (this is also considering the fact that CN Australia has probably the strictest censorship of material than anywhere else). Curious as to what they meant by mature, I began to watch it, enjoy it and get hooked on it-up to the point that I did back when I was in Singapore, as a kid. So my favourite shows would be (and in no particular order):
Like Jump_Ace, I was also unable to shorten my list either.
Some honourable mentions would also include:
I could keep going with this and probably have about 20-25 shows on here...

As for Adventure Time, whilst I enjoy the show a lot, I think its too premature to consider it one of my all-time favourites, and in fact, to call it a classic. Who knows, if this site is still around, 10 or 20 years later we may see members saying that it was their favourite cartoon and series as a kid?!?

P.S. For your listening pleasure, here's the song Believe in Yourself by Ziggy Marley and the Melody Makers-a.k.a. The theme song to Arthur:

Inferno251
I became hooked to Adventure Time as a result of my parents banning my young sister from watching it.
Click to expand...

Disown your parents and then report them to the authorities.

Roger the Horse
Disown your parents and then report them to the authorities.
Click to expand...

She has watched an episode every now and then. Lately she has also been getting into the Amazing World of Gumball, and occasionally watches the old Powerpuff Girl shows on Boomerang
Last edited: Mar 7, 2014
Share:
Reddit Pinterest Tumblr WhatsApp Email Share Link