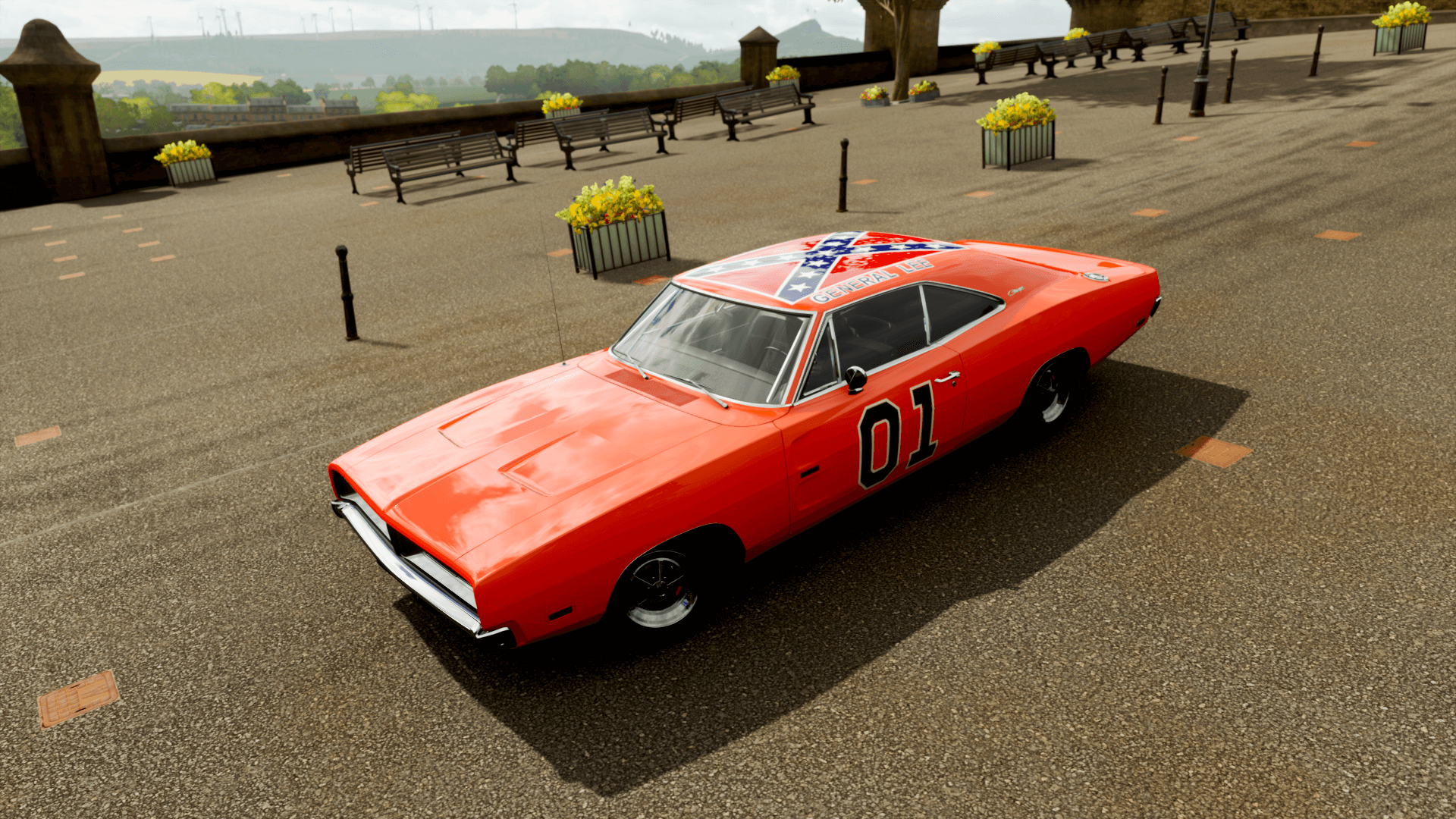 The Forza game series, both Forza Motorsport and Forza Horizon, has banned the Confederate flag from appearing in its titles. Officially known as the “Battle Flag of the Army of Northern Virginia”, the Confederate flag has been the subject of numerous controversies in recent years — something that has been magnified over the last few weeks in light of ongoing real-world current events.

Although never officially used as the flag of the Confederacy as a whole, the flag and several variations of it are often associated with the 13 states of the “South”, which sought to secede from the United States during the 19th Century Civil War. This war largely centered on the issues of slavery, and in recent years the flag itself has become a symbol of white supremacy despite many otherwise benign uses of the cross.

The debate over the flag has reignited in recent weeks in response to race-oriented protests, and a number of institutions have banned its display. This includes the US Marine Corps and NASCAR, while the State of Mississippi has recently voted to remove it from its own State flag. Now Forza has joined the list, by adding the flag to its “notorious iconography” list.

There’s a number of pretty obvious items on that list, largely associated with the Nazis and Axis forces of World War 2. The Confederate flag joins symbols like the swastika/hakenkreuz and SS runes, and the war flag of the Imperial Japanese Army, along with other lesser-known symbols like the Black Sun. Users who employ these symbols on vehicle liveries face a ban from the game.

Of course for the most part these symbols are not of any particular relevance to cars and motorsport, and would general not appear outside of deliberately provocative livery designs. However the Rising Sun flag — which is still used on Japan’s maritime self-defense force ships — is popular on some real-world Japanese tuner cars, and the Iron Cross is part of the several alternative scenes, including Dubbing, without any particular connotations of white supremacy.

The Confederate flag itself is probably more iconic outside the USA for its use on the General Lee Dodge Charger, from TV show The Dukes of Hazzard. Any replicas of this car in Forza games would now attract a ban, despite the legitimate use.

It’s likely to prove a controversial decision. Although polling shows around a third of Americans view the flag as racist, more than 40% regard it as representative of “Southern values” of hospitality — though this varies wildly by race. Nonetheless, giving it equal weight with actual Nazi symbols will likely rankle with many players who don’t regard it as an offensive icon. Let us know your thoughts in the comments.

Gary Slater · Jun 29, 2020· Comments
For many Americans, this week is a time of giving thanks, but for those at the UK Horizon Festival the time has come for a new Autumn season to begin in Forza Horizon 4.

Gary Slater · Jun 29, 2020· Comments
As temperatures soar around the UK, a new Summer season has officially gotten underway in Forza Horizon 4. We’re now in the opening stage of Series 55, meaning a fresh remix of events and prizes that are once more waiting to be claimed.

Gary Slater · Jun 29, 2020· Comments
Sunshine and rain showers around the UK are the ideal recipe for a new Spring season in Forza Horizon 4. The end of Series 54 is in sight and players around the festival are mounting one last assault to grab the remaining content up for grabs.

Andrew Evans · Jun 29, 2020· Comments
Just over a week after marking the tenth anniversary of the title as a whole, the latest entry in the Forza Horizon series — Forza Horizon 5 — turns one year old today.

Andrew Evans · Jun 29, 2020· Comments
Forza Horizon 4 is now midway through its 54th Series, as Winter once again reaches the UK.

Michael Leary · Jun 29, 2020· Comments
The latest Forza Monthly livestream have given players a decent fill of what’s to come in the new Series beginning next week. While the theme of next week’s festivities wasn’t a particularly well-guarded secret, players no longer have to wonder what awaits them on November 10.