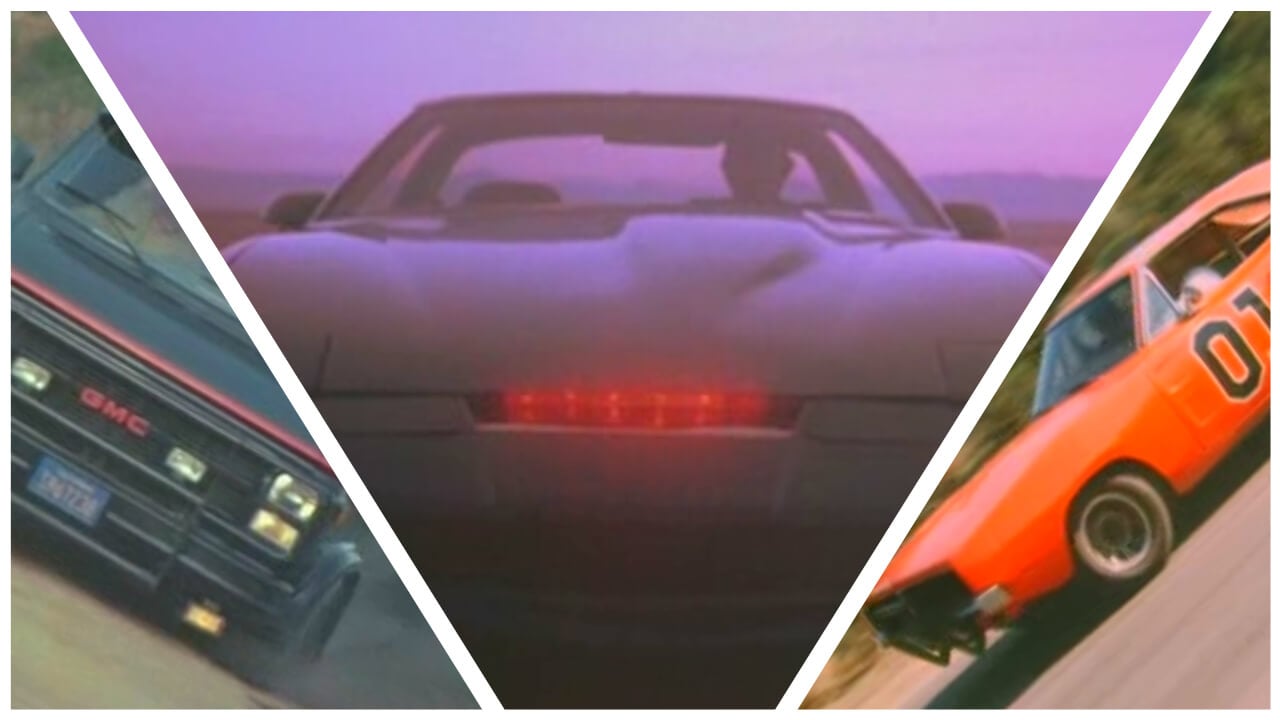 It’s official. After 5,000 votes cast across the past month, GTPlanet’s users and social media followers have decided that the greatest ever TV car is a Pontiac.

The winning car, the black Pontiac Firebird Trans Am “KITT” from Knight Rider, proved unstoppable in the Twitter polls. Although only involved in five of the 23 polls, KITT drew in almost 16% of the total votes, beating the Dodge Charger “General Lee” from Dukes of Hazzard by a margin of two-to-one in the final.

KITT — the Knight Industries Two Thousand — is no ordinary Pontiac however. The car started out life as the black and tan personal ride of Los Angeles detective Michael Long, until he’s killed in the line of duty. Wealthy benefactor Wilton Knight transforms the Trans Am into the most advanced car ever made, while also restoring Long to health with a new face as Michael Knight.

As much of a star as the show’s lead actor David Hasselhoff, KITT’s abilities appear almost endless. The car’s core is a mysterious alloy with a secret formula (subsequently stolen by Wilton’s widow and used to make a semi-truck called Goliath, driven by their son Garthe who was also played by Hasselhoff; it was the 80s, nothing made sense) capable of withstanding incredible force. Knight Industries installed an AI in the shell, which allowed the car to drive itself.

Actor William Daniels provided the voice for KITT, though his name does not appear in the show’s credits by his own request. Daniels’ withering tones for the logic-driven KITT provided the perfect foil for brash, impulsive Knight — and vice versa — which helped the show last for four seasons from 1982 to 1986. 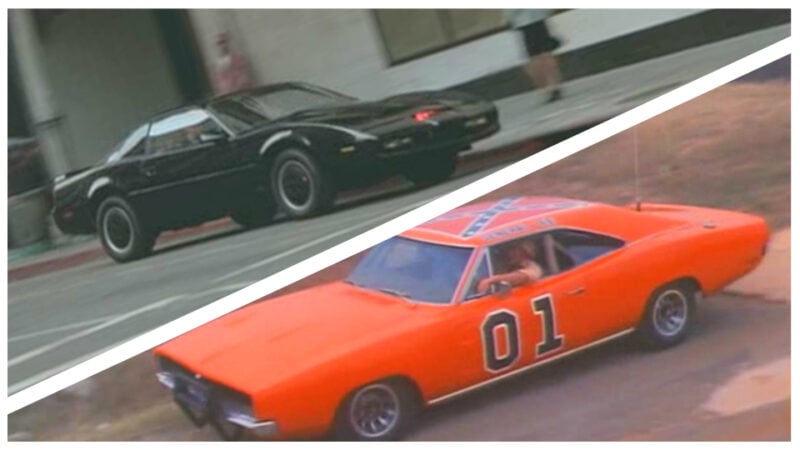 KITT topped the standings of an all-American podium. The General Lee from The Dukes of Hazzard finished in second, perhaps because it’s a car that’s suffered image problems in recent years. Despite forming a huge part of 70s and 80s TV car culture, the name, the Dixie horn (reportedly a favorite tune of Abraham Lincoln), and particularly the Southern Cross on the roof now all conjure up images of an unpleasant subculture. One Twitter user in our polls even referred to the car as ‘racist’, something John Schneider — who starred as Bo Duke — has previously rejected, and the show never conveys.

Rounding out the US-show, US-car podium is the A-Team’s van. The black and gray GMC Vandura, with a red stripe and red roof spoiler, wasn’t exactly the perfect undercover vehicle for four court-martialed, fugitive soldiers to get around LA, but it worked. Like KITT, its abilities varied from show to show, handily carrying whatever gadget the crew — Hannibal, BA, Face, and Howling Mad Murdock — needed that episode.

Behind the American trio, British shows performed well. Mr. Bean lead the pack with a fourth-place finish for the green Mini. Richard Hammond’s Top Gear Botswana Special car, an Opel Kadett named “Oliver”, finished in seventh, with “The Quattro” from time-skipping purgatory cop show Ashes to Ashes in 11th. Animations had an impressive showing too, with Takumi Fujiwara’s AE86 from Initial D in fifth, the Speed Racer Mach 5 in 13th, and the Scooby Doo van in 14th.

The Greatest Ever TV Cars