Details on the latest update for Forza Horizon 5 have been revealed on the delayed Forza Monthly live stream, showing the theme, cars, and events for the upcoming Series.

While not officially called Series 12 — Playground Games has dropped the numbers as of S11 and retroactively removed them from the game — the twelfth series is called Horizon Road Trip and brings about some subtle changes for the four weeks starting September 15.

Each season of the series will deal with a different type of event. Summer starts with Road Racing, giving way to Cross Country in Autumn, before Winter’s Street Racing, and finally Dirt Racing in Spring.

In case you’re unfamiliar with Horizon’s race types, Road and Street take place on paved roads with the addition of civilian traffic in Street events, Dirt runs on both paved and unpaved marked roads, and Cross Country primarily sends you away from marked paths and into the wild green yonder.

All events in each week use the appropriate road type across the board, from Seasonal Championships to PR Stunts and Challenges.

There’s a couple of other format changes too. Each week there’ll be a Seasonal Championship which consists of five races rather than three, and one which takes place at an appropriate endurance route — Colossus, Titan, Marathon, and Gauntlet respectively.

PR Stunts remain with the Series 11 format with a twist. Rather than being able to use one car for all the Stunts within a season, you can now use one for all Stunts in the series. That will be any S2 Class (901-998PI) car, so there’s going to be some long jumps and high speeds.

Of course it wouldn’t be a new series without new cars, and Playground Games is adding three new-to-series vehicles as well as bringing two old favorites back.

The headline car is the Audi RS e-tron GT, a platform sibling of the Porsche Taycan. That naturally means it’s a fully electric vehicle — and will star in this month’s Forza EV event — with 590hp on tap from a two-motor setup. You’ll add it to your stable with 80 points across the S12 playlists.

Joining the electric Audi is a more conventionally fueled sibling, the second-generation RS7 Sportback. This produces slightly more power, at 593hp, but from a four-liter, twin-turbo V8. If exhaust flames are more your thing, you can pick it up for 20 points in the Autumn playlist.

Finally there’s the Lynk&Co 03+. This Chinese brand is part of the Zhejiang Geely family, along with Volvo and Polestar, and shares a platform with the electric Polestar 2 and Volvo C40/XC40, but isn’t electric. Instead it comes with a 255hp, two-liter petrol four-pot, and is the basis of the WTCR car which took five driver and constructor titles from 2019-2021. 20 points in Winter will win you the car.

Like the three new cars, both returning cars have four door handles. Firstly there’s the Nissan Sentra Nismo, returning from Forza Horizon 4. Available for 20 points in Spring, the Nismo gains power and unique styling to create a rapid, 188hp four-door from the Mexico-built Sentra sedan.

That just leaves the oldest car on the list, with the 6¾-liter Bentley Turbo R. This giant slab of opulence might look a little out of place on the Mexican roads, but there’s no comfier way to go quickly. If that’s right up your particular street, you’ll need 20 points in Summer.

There’s other tweaks too, notably with a new “amplification” section of the character personalization options. You can now add a variety of hearing aids — in-ear, behind-ear, bone anchored, and cochlear implants — to your avatar, once again extending the scope of Horizon’s inclusivity.

New body kits for the Hyundai Veloster N and 2019 Volkswagen Golf R will be available, and the update — which arrives on Tuesday September 13 — will also bring a number of bug fixes and patches for various issues.

Series 12, or rather “Horizon Road Trip” gets underway at 1430UTC on Thursday September 15. 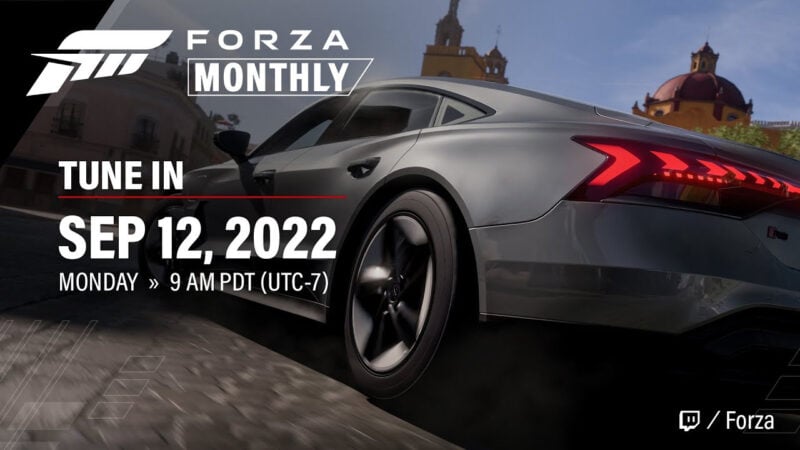 The final week of the current Series in Forza Horizon 5 is now live, with the last set of themed events, challenges, and reward cars now available... 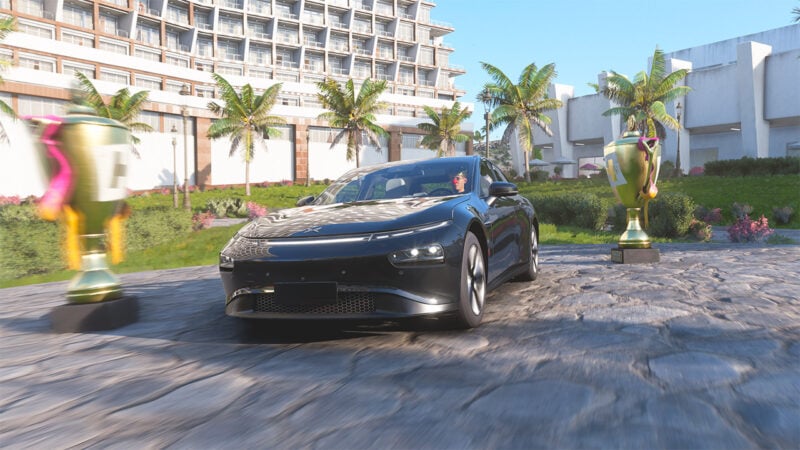