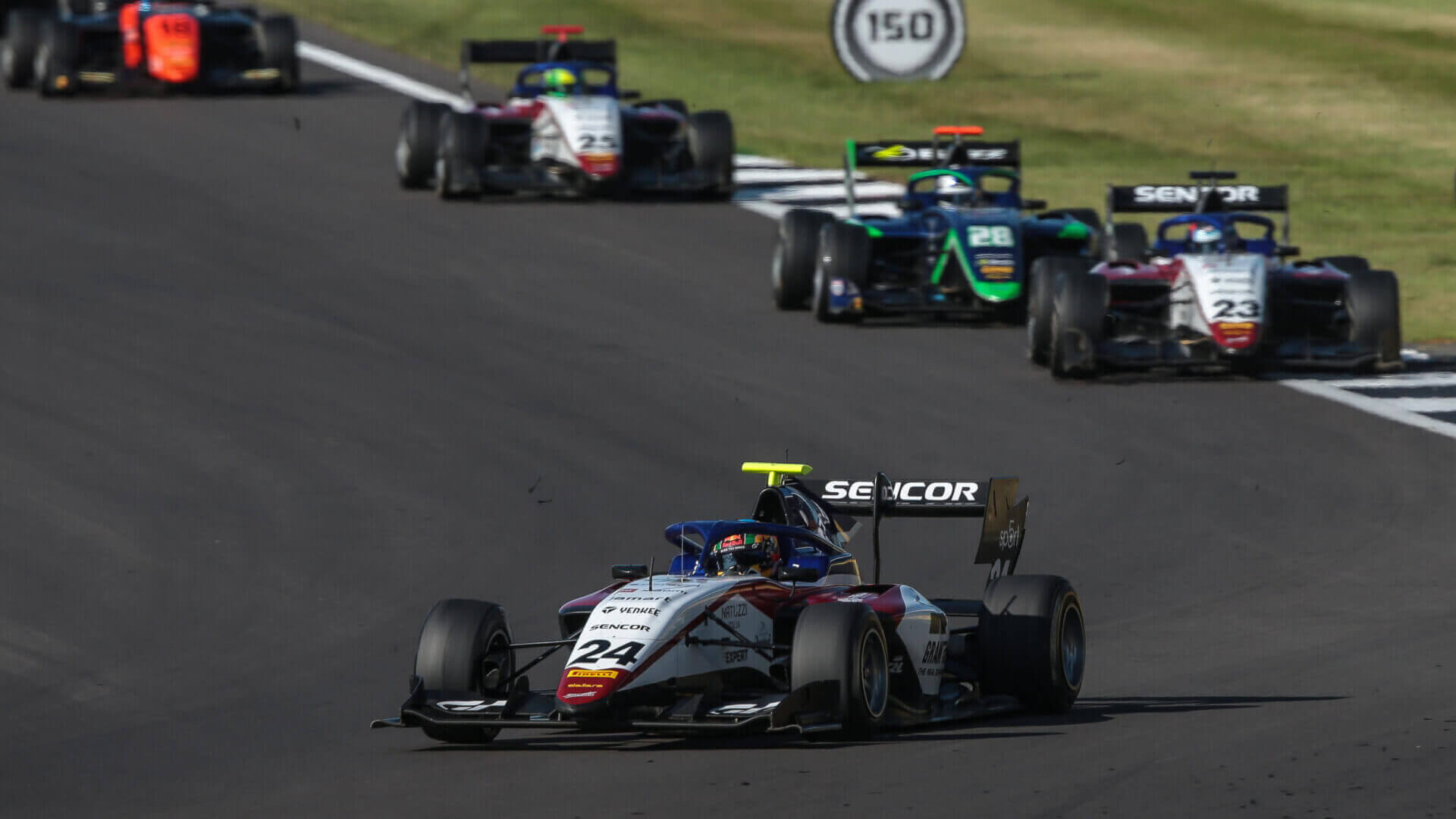 The 2018 GT Sport world champion Igor Fraga has had another weekend to forget in FIA Formula 3, after his car broke down during the sprint race at Silverstone.

Perhaps surprisingly, Fraga had never visited the famous British circuit before, but his pace in free practice somewhat belied that. The Brazilian driver placed 11th after that session, with a 1’47.0 lap. This would, unfortunately, prove to be his best lap of the weekend; though the reasons weren’t caught on camera, Fraga was only able to return a 1’47.6 in the qualifying session to end up 24th on the grid.

An action-packed feature race saw some improvements, as — once again — Fraga proved the fastest of the three Charouz drivers. 15th place was the reward for a race where Fraga largely kept out of trouble, despite multiple safety cars. One particularly severe incident saw Olli Caldwell’s car cleaved in half, with the engine and gearbox making a bid for freedom, when collected by an unsighted Lukas Dunner. Fellow Red Bull Junior Jack Doohan also ended up out of the race in a collision that saw him and Bent Viscaal locked together in the old pit lane entry.

Any hope of an improvement in Sunday’s sprint race almost immediately vanished. Fraga appeared slow in the opening laps, losing two places in the early exchanges, before pulling over to retire halfway down Wellington Straight on lap five. It’s yet another disappointing mechanical failure in a season that’s been blighted by reliability issues.

“Yesterday the car was not perfect but I think we had a decent pace and I was able to capitalise on opportunities that I had during the race, I could overtake a good number of cars. There were also some accidents, some gave me the chance to go forwards and other I was too close to and had to avoid and brake so I then lost places, so it went both ways.

“Today it seemed to be an electrical issue again, the battery I think, something like that. It is frustrating, the season has been really tough so far as we have had a lot of issues. In a category like this where you have such limited track time, whenever you have some problems it really makes everything more difficult very quickly.”

Fraga will get another chance to score a decent result at Silverstone next weekend. The F1 circus will remain in Northamptonshire for the second part of the double-header, known as the “70th Anniversary Grand Prix”, on Sunday July 9.