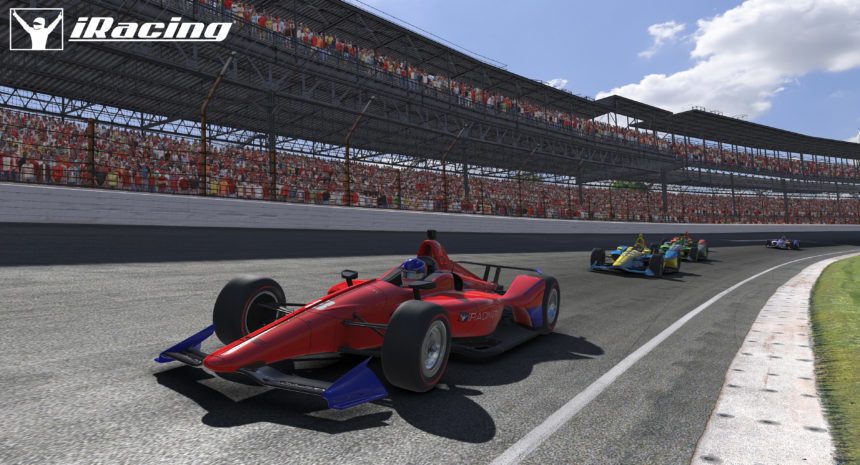 Get a First Look at iRacing’s 2018 IndyCar in Action

iRacing has released a new video showing off the next generation IndyCar coming to the sim this week. Dallara’s latest IR-18 model is landing on March 6.

Shown on the Indianapolis Motor Speedway circuit, the Dallara IR-18 looks lightning quick in its natural habitat. This year’s Indycar competitor will reach players of iRacing before the actual season kicks off thanks to iRacing‘s work with Dallara engineers and NASCAR teams.

According to the team, data has been gathered in areas such as CAD, aero, suspension geometry and engine parameters to offer the most realistic experience possible. The iRacing crew had even used pre-season testing data to ensure that the digital vehicle matches up to its real-world counterpart.

Since this new model will replace the existing DW12 Indycar, there are a few related announcements to take note of. If you’ve bought this model in the past six months, the sim will refund your money in iRacing credits. That also means all players will gain access to the old model free of charge.

The event calendar will change immediately to include the IR-18, giving players the chance to drive the vehicle right away. As you would expect, the iRacing Indy 500 will also feature the Indycar during the weekend of May 19/20 2018. As the most ambitious design in the motorsport series for quite some time, iRacing players are in for a treat.

Gaming 34 May 29 by Andrew Evans
It looks like the rumors were true: Sony is presenting a live, PlayStation 5 games event next Thursday, June 4. Sony announced the event via social media and the PlayStation…

Gran Turismo Sport 609 May 25 by Andrew Evans
It’s another new week, and that means a new set of three GT Sport Daily Races. There’s a little something familiar for players this week, but also something a lot…