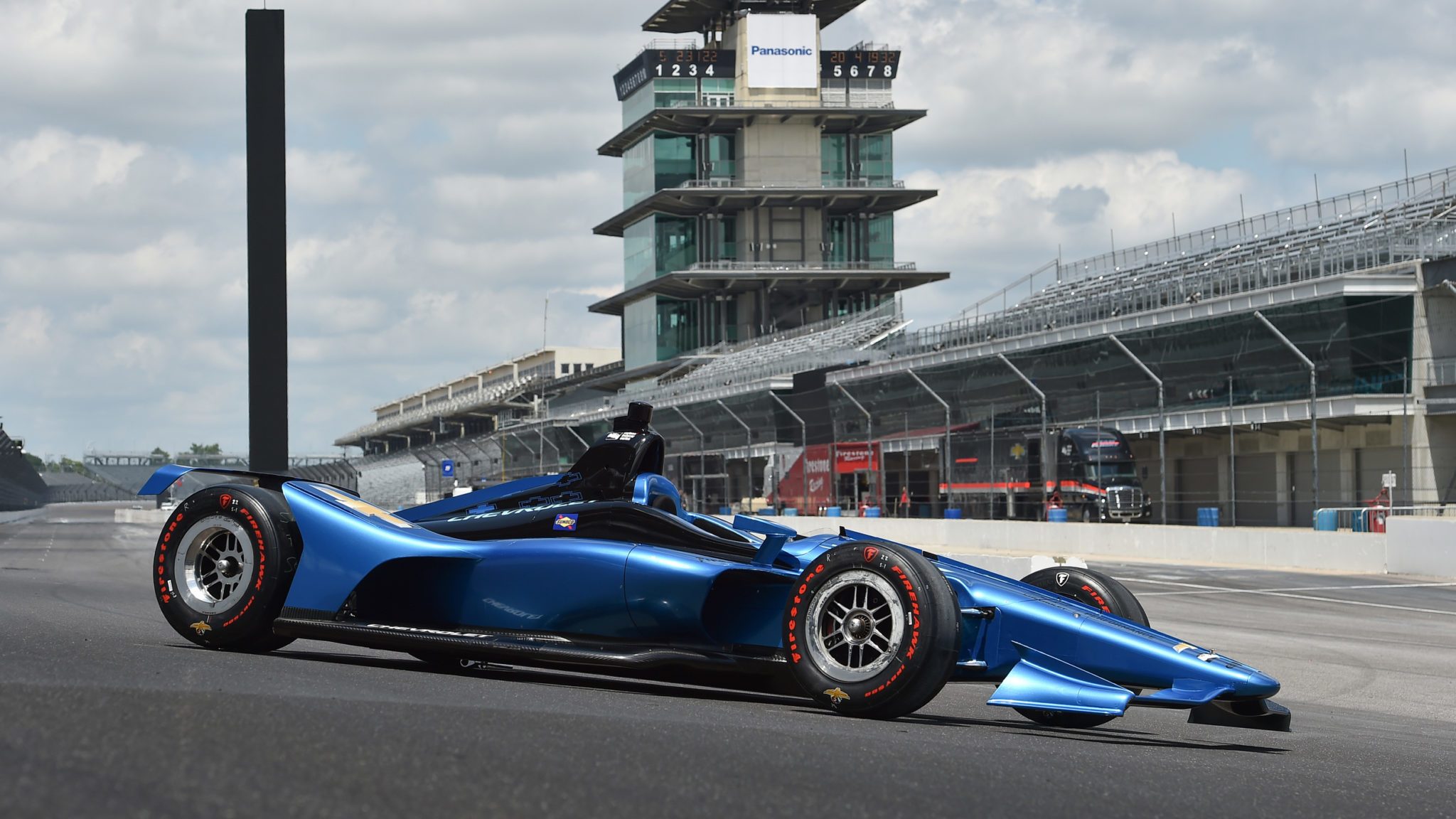 INDYCAR now has a new look for its cars. With a lower profile and sleeker lines these retro-inspired racers appear surprisingly futuristic.

Work on the new aero package began more than a year ago and went through several refinements over that time. Dallara, which has provided the IR-12 chassis since 2012, worked with design consultant Chris Beatty from the UK to come up with the final design.

The new INDYCAR comes in two flavors. One for the massive super speedways like Indianapolis and Texas Motor Speedway. The other configuration is for short ovals and street courses like the one on Detroit’s Belle Isle. The main difference between the two is the rear wing and the amount of downforce generated.

Driver safety is a huge priority with the new car. After sifting through six years’ worth of data, INDYCAR and Dallara made some big changes. Side impact protection increases, with up to 10 inches more space around the driver’s hips. The design also incorporated a hybrid carbon/dyneema fiber pod to prevent shrapnel from breaking through into the cockpit. All of these changes allow the new car to surpass the FIA side impact tests.

Other safety benefits come with the aerodynamic changes. The new design meets the goals of INDYCAR to keep the car from going airborne a 90, 135, or 180 degrees of yaw.

The engine remains unchanged for 2018 and remains a 2.2-liter, twin-turbo V6 supplied by Chevrolet and Honda. Since the car is lighter and generates 19% more downforce, higher speeds and faster times could be possible.

Testing begins today at the Indianapolis Motor Speedway. Mid-Ohio Sports Car Course and Iowa Speedway will headline testing throughout August. A trip to Sebring International Raceway will round out the testing in late September.

Kits will reach teams starting in November so they can gear up for the first race at the Firestone Grand Prix of St. Petersburg on March 11, 2018.