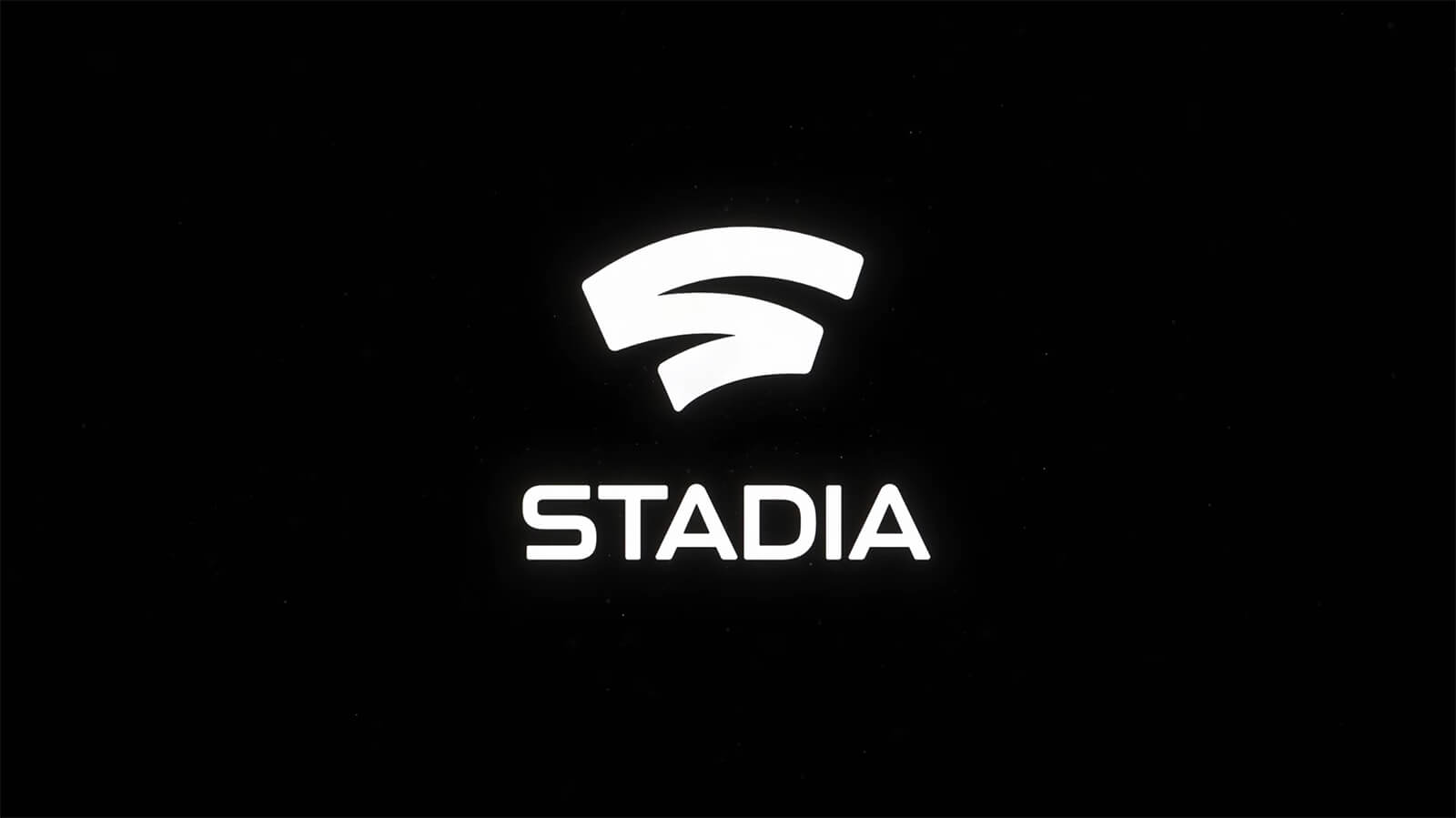 The word “platform” is key here, because Stadia won’t be a console. Instead, it will utilize Google’s network of datacenters.

The company is partnering with AMD for a custom Stadia GPU. At the reveal, Google claimed the chip will be capable of 10.7 teraflops, beating the Xbox One X (6TF) and PlayStation 4 Pro (4.2TF)… combined.

What this means for players is that when Stadia launches, games will be playable at up to 4K resolution, with HDR, at 60 fps. Those figures will be dependant on the hardware players choose, as well as internet connection speeds. Google is also planning on supporting 8K resolution as well as 120fps in the future.

The hardware itself can be just about any device capable of running Chrome. A brief on-stage demo showcased gameplay of Assassin’s Creed: Odyssey across a laptop, mobile phone, tablet, and a TV (via Chromecast). Each switch showed off a seamless save state transfer thanks to the cloud. 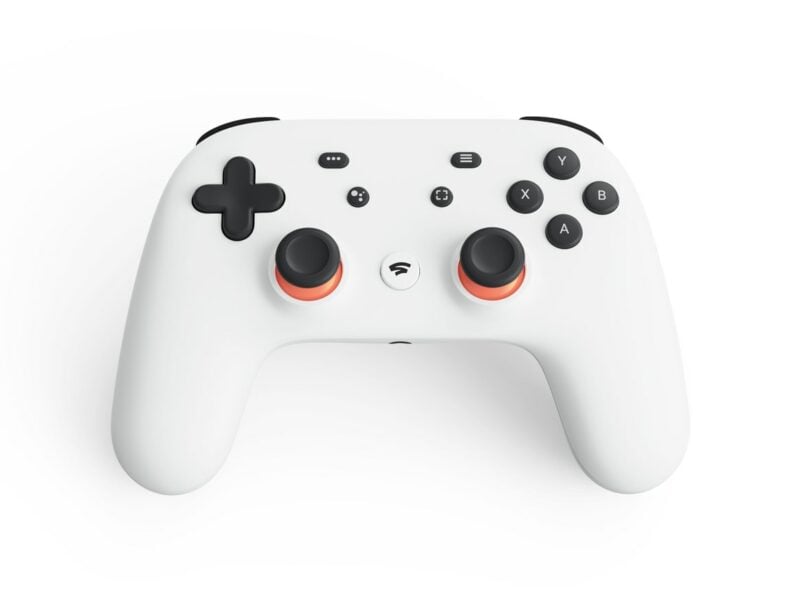 We can’t really argue with the Wi-Fi-capable Stadia controller’s seeming mixture of PS4 and XB1 pads. The general shape of the pad is more like Microsoft’s offering, but adopts Sony’s symmetrical thumbstick approach.

Perhaps the most powerful feature for content creators is the YouTube capture button. A single press allows players to share their content to Google’s video platform. A second simultaneous stream at 4K/60fps provides the YouTube footage, ensuring player’s videos are of the highest quality — and surely, in some cases, higher than what they may experience while playing.

The other unique button is for Google Assistant. This utilizes the controller’s built-in microphone to allow gamers to ask for help when stuck at a difficult point in a game.

If picking up Google’s own controller isn’t something you’re interested in, worry not: Stadia will work with existing controllers via USB. 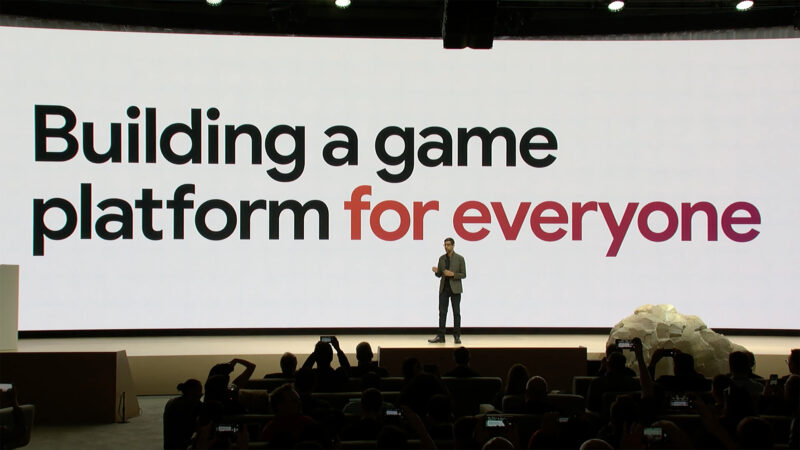 Easier To Play Together

One repeated point at the Stadia reveal was about reducing the “friction” players have between watching and playing games. To address that, Google showed off some of the inherent benefits of the cloud structure during the presentation. One example was instant play.

If a Stadia player runs into a gaming clip on YouTube that strikes their fancy, clicking a “Play Now” button can put them into the game within a handful of seconds. No downloads — including things like title updates — or switching to another platform.

Taking that one step further, creators will be able to invite viewers to join them. One example is State Share, which is a shareable link taking into account things like the game’s world state, inventory, and player position.

Another option is Crowd Play. A button in-stream will allow viewers to join the person they’re watching as they’re streaming. Creators themselves will have control over Crowd Play’s settings. 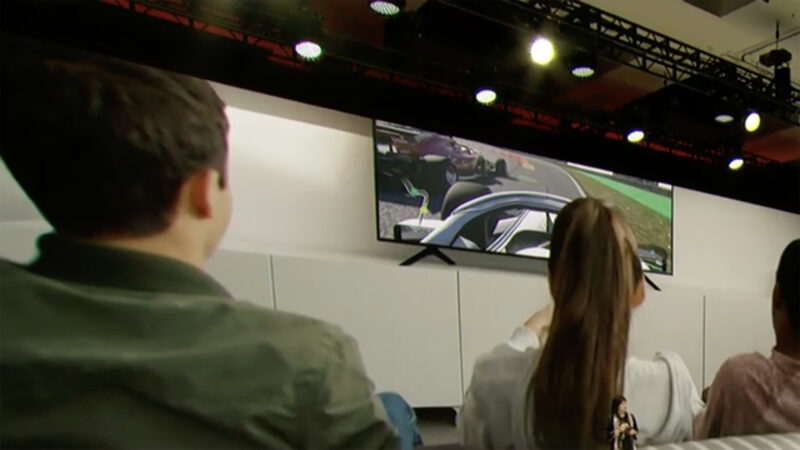 Over 100 Developers On Board, First Party Studio Formed

Google announced that over 100 Stadia dev consoles have already gone out to partners. The stage reveal showed off titles like the afore-mentioned AC: Odyssey as well as the upcoming Doom Eternal.

For sim racing fans, a brief glimpse of F1 2018 was the only relevant title we saw during the presentation.

Jade Raymond also took the stage to confirm the creation of a first-party gaming studio, Stadia Games and Entertainment.

Google’s Phil Harrison (formerly of both Sony and Microsoft) confirmed Stadia will launch at some point this year. It will arrive in the US, Canada, UK, and Europe first, with more markets some time later.

It will face plenty of competition on the market, including systems like Sony’s PlayStation Now as well as Xbox’ recently-unveiled xCloud streaming service.

There are still loads of questions about Stadia. Google didn’t announce any sort of pricing structure, nor the sort of internet connection players will need to truly take advantage of Stadia. The game library will also be key if Google is hoping to woo players out from traditional platforms.

While we don’t foresee sim racing moving towards game streaming for quite a long time — keeping latency at a minimum is paramount for racing — we don’t doubt this will appeal to general gamers thanks to its ease of use. We’ll definitely be keeping an eye on Stadia as it develops over the year.

Watch the full presentation below:

Andrew Evans · Mar 19, 2019· Comments
Need for Speed and sports clothing brand Puma have teamed up for a crossover capsule collection with game-inspired clothing that allows you to match your avatar from the virtual environment of NFS Unbound.

Gary Slater · Mar 19, 2019· Comments
February has graced us with its presence, and has also brought along a new Spring season for Forza Horizon 4. We’re into the closing stage of Series 57, with one more week of cars to win and events to complete before the next series arrives.

Andrew Evans · Mar 19, 2019· Comments
The new Series of Forza Horizon 5 is here, celebrating all things Japanese automotive across the next four weeks.

Jordan Greer · Mar 19, 2019· Comments
I just got back from a trip to PlayStation’s North American headquarters where I had the chance to be one of the first people to play Gran Turismo 7 on the PSVR2, and I’m here to tell you all about it.

Michael Leary · Mar 19, 2019· Comments
Ubisoft has announced the third installment of its multi-vehicle-type racing game series The Crew will be called The Crew Motorfest, and is on the slate for a launch later in 2023.

Andrew Evans · Mar 19, 2019· Comments
Competition Company has announced that its new racing sim, Rennsport, has missed a second scheduled milestone on its approach to a late-2023 launch, with its closed beta phase once again postponed.

Andrew Evans · Mar 19, 2019· Comments
The latest set of Gran Turismo 7 Daily Races is now available, running across the next seven days, and marking a return of tuning to the events.