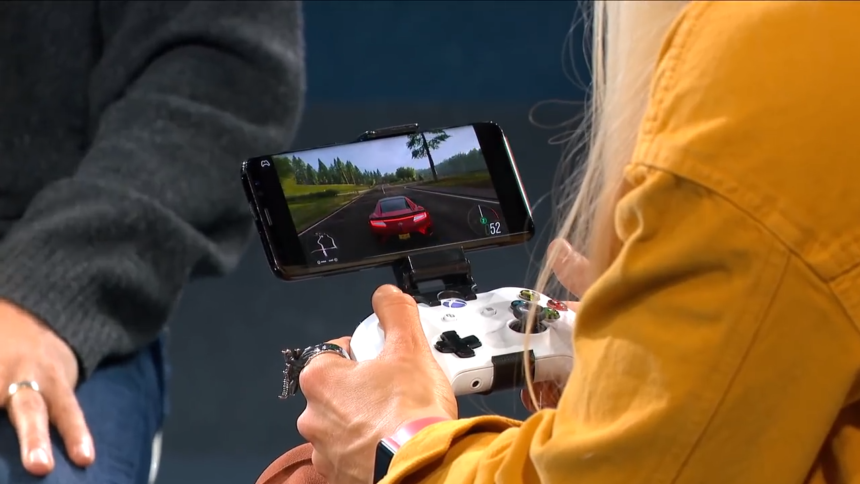 Microsoft has showed off the first live demo of its xCloud game streaming service. It even used Forza Horizon 4 to do it.

The American tech giant first announced xCloud last autumn. It remained quiet on the project since, but gave a public showing earlier this week on Inside Xbox. There, Julia Hardy got a brief run behind the wheel — er, controller — of Forza Horizon 4, streaming to a mobile phone via Microsoft’s Azure data centers.

Microsoft’s gaming cloud chief Kareem Choudhry was also on hand. When Hardy questioned him on when others would be able to try xCloud, he confirmed that public trials would begin at some point this year. In a later blog post, he explained the project goal:

“We’re developing Project xCloud not as a replacement for game consoles, but as a way to provide the same choice and versatility that lovers of music and video enjoy today. We’re adding more ways to play Xbox games. We love what’s possible when a console is connected to a 4K TV with full HDR support and surround sound – that remains a fantastic way to experience console gaming. We also believe in empowering gamers to decide when and how to play.”

While it’s impressive to see FH4 run so smoothly on a mobile, we doubt we’ll see many hardcore sim racers swapping out their rigs for iPhones. Even the best streaming services will have more inherent latency than a local setup.

Nonetheless, more opportunities to play our favorite genre no matter where we are sounds good to us. It’s also a sign of the direction the general gaming world is taking. Microsoft is certainly not alone: PlayStation recently opened up Remote Play to iOS devices, and Google is rumored to be revealing its own console next week, likely with a heavy focus on its Project Stream technology.

Microsoft
9 Comments Discuss this post in our forums...
Can You Beat the Impossible Gran Turismo Quiz?