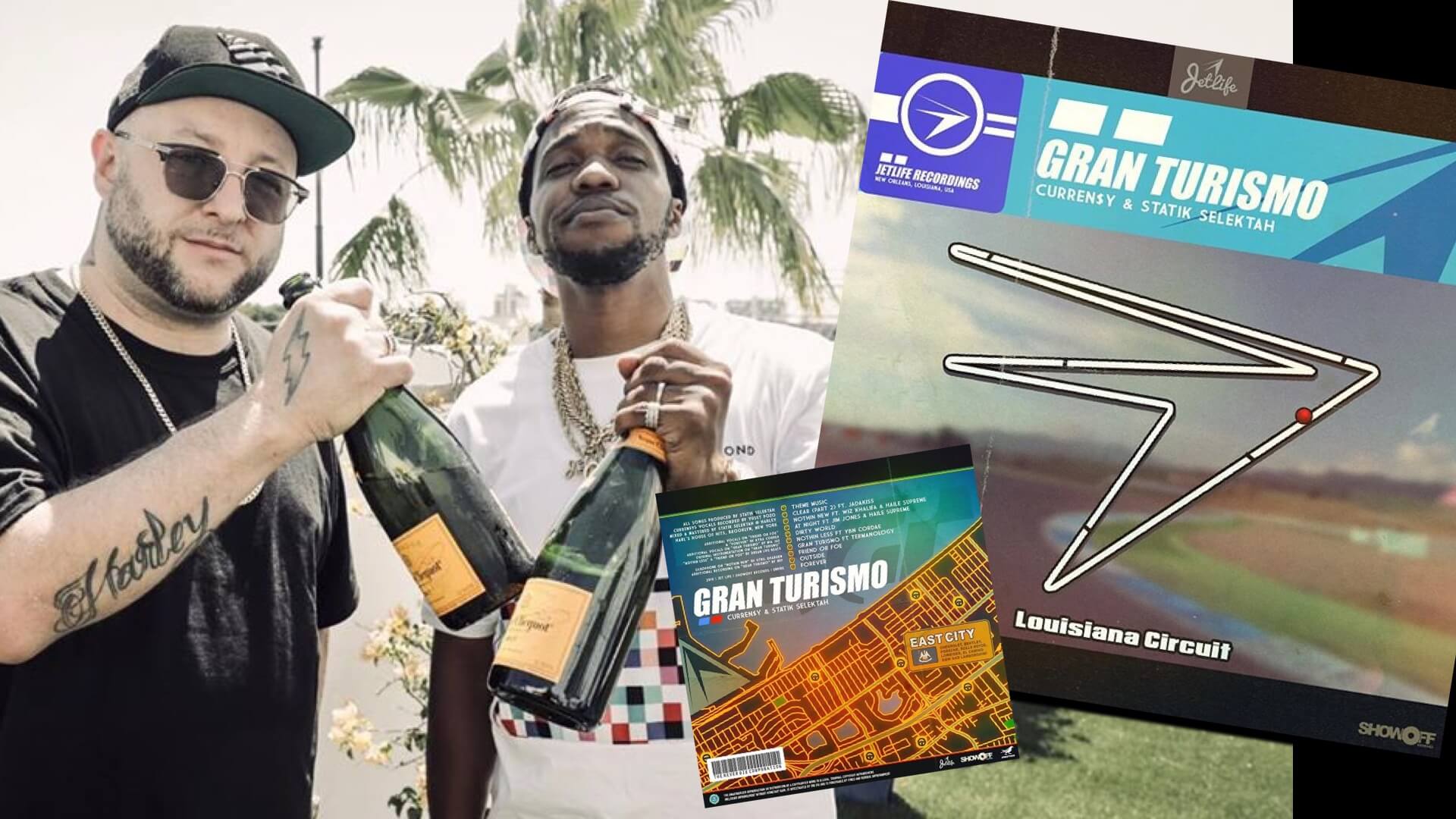 Well, it’s about to get some interesting company. Rap artists Curren$y and Statik Selektah (Shante Franklin and Patrick Baril) have released their own Gran Turismo, and it has something of a different flavor.

Coming in at nearly 28 minutes long, the 10-track album features a number of collaborations with big names and newcomers alike. Tracks include “Clear”, with New York’s Jadakiss, and “Nothin New” featuring Wiz Khalifa, while Jim Jones and YBN Cordae also make appearances. Please don’t ask what that’s an abbreviation of.

We’re not entirely sure what the music actually has to do with Gran Turismo. Curren$y and Statik Selektah both make references to cars in their previous body of work, but it is a curiously specific title.

Nevertheless, we do have to give some serious credit to that cover art. Created by Canadian director and long-time Curren$y collaborator CJ Wallis, it’s an impressive homage to the game series. The back cover features an adapted version of the Gran Turismo 2 menu screen, with a GT6 course-maker version of the Jet Life Recordings logo.

You can listen to the entire album below. It probably goes without saying, but do be careful of listening to it around young and sensitive ears…

Jordan Greer · May 20, 2019· Comments
The Gran Turismo series has had a lot of milestones over its 25-year history, but the anticipation surrounding Gran Turismo 7’s free launch-day support for PSVR 2 is reaching hype levels not seen in quite some time, if ever. Kazunori Yamauchi feels it, too.

Andrew Evans · May 20, 2019· Comments
After a break in real-world racing following the controversial events at the end of the 2020 FIA Formula 3 championship, Igor Fraga will be returning to action this season in Japan’s major national racing series.

Andrew Evans · May 20, 2019· Comments
A new week means a new set of Gran Turismo 7 Daily Races, with three races running on their usual 20-30 minute schedules for the next seven days.

Jordan Greer · May 20, 2019· Comments
After I had the opportunity to be one of the first people to play Gran Turismo 7 with PSVR 2 last week, I also had the chance to speak with Gran Turismo creator Kazunori Yamauchi for a one-on-one interview to discuss the new hardware.

Jordan Greer · May 20, 2019· Comments
I just got back from a trip to PlayStation’s North American headquarters where I had the chance to be one of the first people to play Gran Turismo 7 on the PSVR2, and I’m here to tell you all about it.

Andrew Evans · May 20, 2019· Comments
The latest set of Gran Turismo 7 Daily Races is now available, running across the next seven days, and marking a return of tuning to the events.