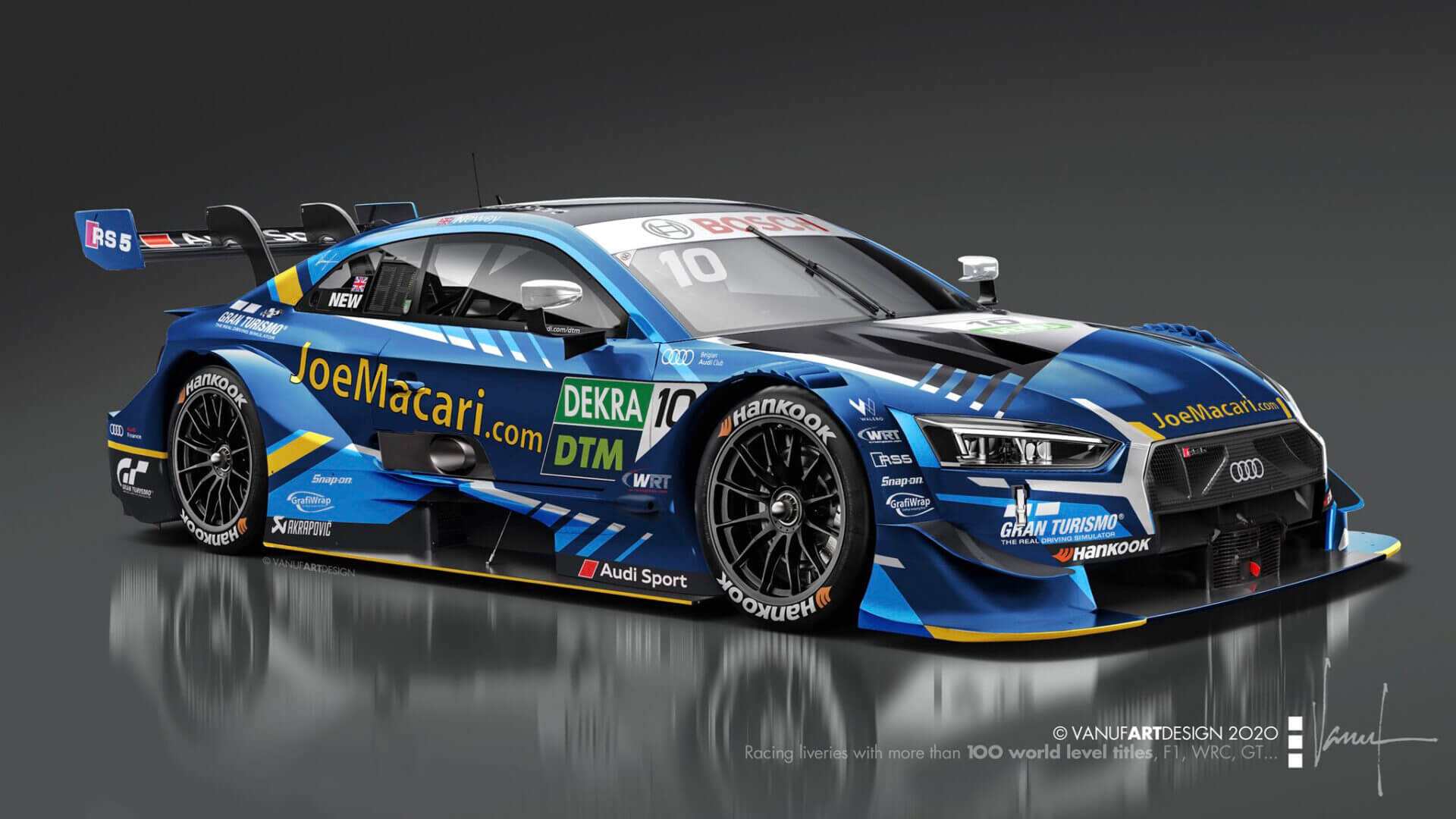 As you can see from the image above, you’re soon going to see the Gran Turismo name plastered all over a new race car. For many fans, this is a sure sign that a car might be coming to a GT game at some point in the future — and it’s certainly something blowing up on social media — but we’re going to sound a note of caution.

The car in question is an Audi RS5, competing in the 2020 season of the famous Deutsche Tourenwagen Masters (DTM). It belongs to veteran Audi racing outfit W Racing Team (or WRT) from Belgium. This season it’s running three RS5s, and naturally it’s the #10 car that’s caught the eye.

DTM is a racing category with quite some history in Gran Turismo, but it has been notably absent from the most recent entry, Gran Turismo Sport. Gran Turismo 2 featured a pair of DTM racers, with the Alfa Romeo 155 and Opel Calibra (along with a hidden Mercedes CLK), and they had been a fixture until the PlayStation 4 generation game. As the series now uses Class One Touring Cars, DTM machines have effective parity with Super GT cars — another popular category with a long GT association.

Many will draw a link between the fact the logo appears on a modern DTM and the upcoming Gran Turismo 7 title for PlayStation 5. However, there is a slightly different explanation that may pour water on that particular fire…

IndyCar racer Ed Jones very recently vacated his seat in the #10 Audi RS5. The disruption of the racing calendar by real-world events mean the Jones cannot race in DTM this season. To replace him, WRT signed LMP2 racer Harrison Newey. If the name sounds sort of familiar, that’s because Harrison is the son of noted F1 aerodynamicist Adrian Newey — designer of the Red Bull X2010 Prototype that was the star car of Gran Turismo 5.

The younger Newey, who is also a Red Bull athlete, is often seen racing cars with the Gran Turismo logo. He raced in the 2019 Super Formula series with GT branding on his car, and also ran a Mercedes-AMG GT4 bearing GT decals at the Bathurst 12hr in January earlier this year.

In this instance it appears that the appearance of Gran Turismo on the Audi RS5 is much like that of Igor Fraga’s F3 car: the driver’s personal sponsorship. That doesn’t mean the Audi, or even a wider range of DTM cars, won’t come to Gran Turismo, but this is definitely not a sign that they will.