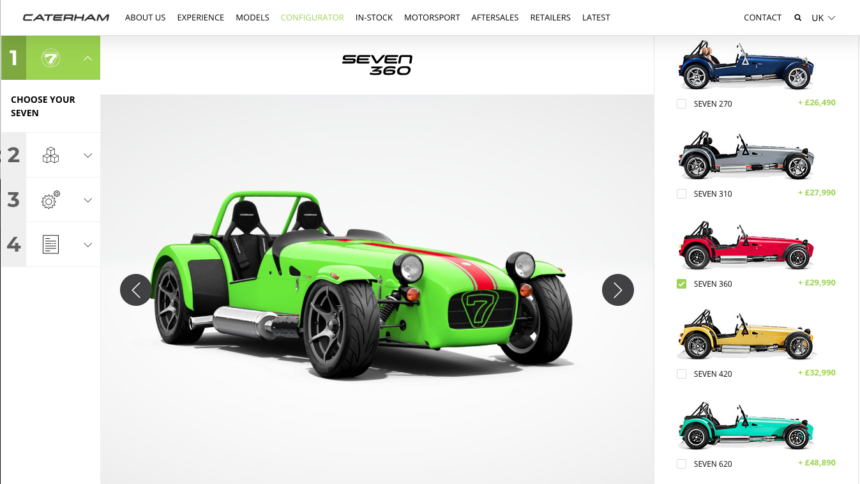 Have Some Fun With Caterham’s First-Ever Car Configurator

You can hardly accuse Caterham of being progressive. It’s a company whose core business is a car effectively designed in 1952… and you make it yourself.

Caterham is old school in just about everything it does. However, it’s looking to jump into modern times by making a few changes with its brand.

No, don’t worry, Caterham cars aren’t suddenly getting things like traction control. Instead, the brand is working to actually promote itself and get its name out there. To mark this occasion, it released a new “brand film”, a first for Caterham.

That’s a fancy way of saying an advertisement. Yes, you read that correctly, Caterham is joining the likes of virtually every other automaker by creating a commercial. Some truly groundbreaking stuff there if we do say so. 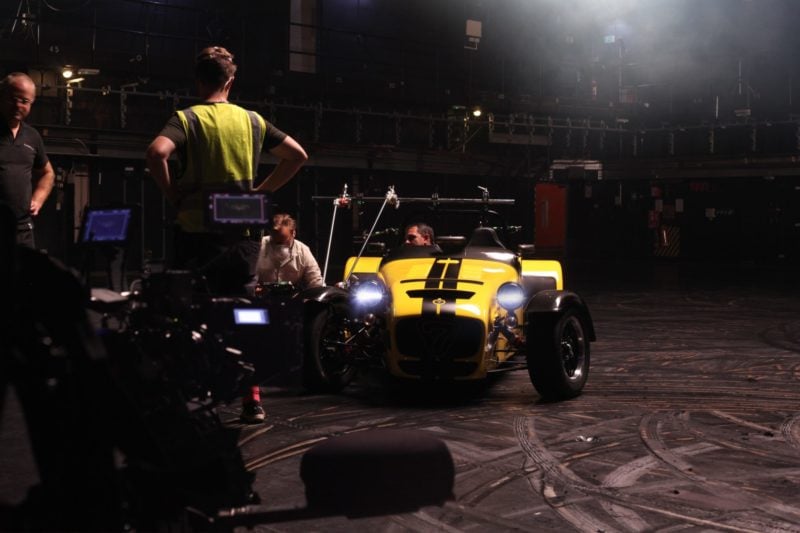 Caterham describes its first commercial as one that gives the middle finger. So what is the company flipping the bird at? Technology.

No, it’s not weaponized irony that Caterham is gesturing a digit towards technology with a new video. It’s talking about the technology in cars. We’ll let Graham Macdonald, Caterham’s CEO explain:

“The car industry is going through a dramatic change and much of this is being driven by the speed and development of technology.

“Naturally, we are in no way against the drive towards safer cars and motoring, as well as the efforts of the industry to minimise accidents on the road.

“But manufacturers seem intent on stuffing as much new tech into their cars as they can, steadily depleting the amount of input the driver needs to have. To us, that’s almost sacrilege because the less input the driver has, the less they can enjoy the pure thrill of driving.

“That’s what has made our cars as popular today as they have been for 45 years and, while others might follow the tech trend, we’re taking a stand on behalf of the real drivers out there.”.

In addition to the commercial, Caterham has also launched a brand new website. It’s had one before of course, but the new one is a lot flashier and even includes a car configurator. Fortunately, Caterham doesn’t stick a finger up at tech here — it’s really in-depth and lets you explore the ridiculous breadth of options.

To put it to the test, we thought we’d give it a go to see what we could come up with. You can check out all our creations below. Or if you rather, you can head over to the site yourself and build your own Caterham creation.

Once you’ve created it, we invite you to share it with us on the forums! Just don’t forget to add $5,000 if you want such fripperies as Caterham actually building it…

Caterham
23 Comments Discuss this post in our forums...
Can You Beat the Impossible Gran Turismo Quiz?