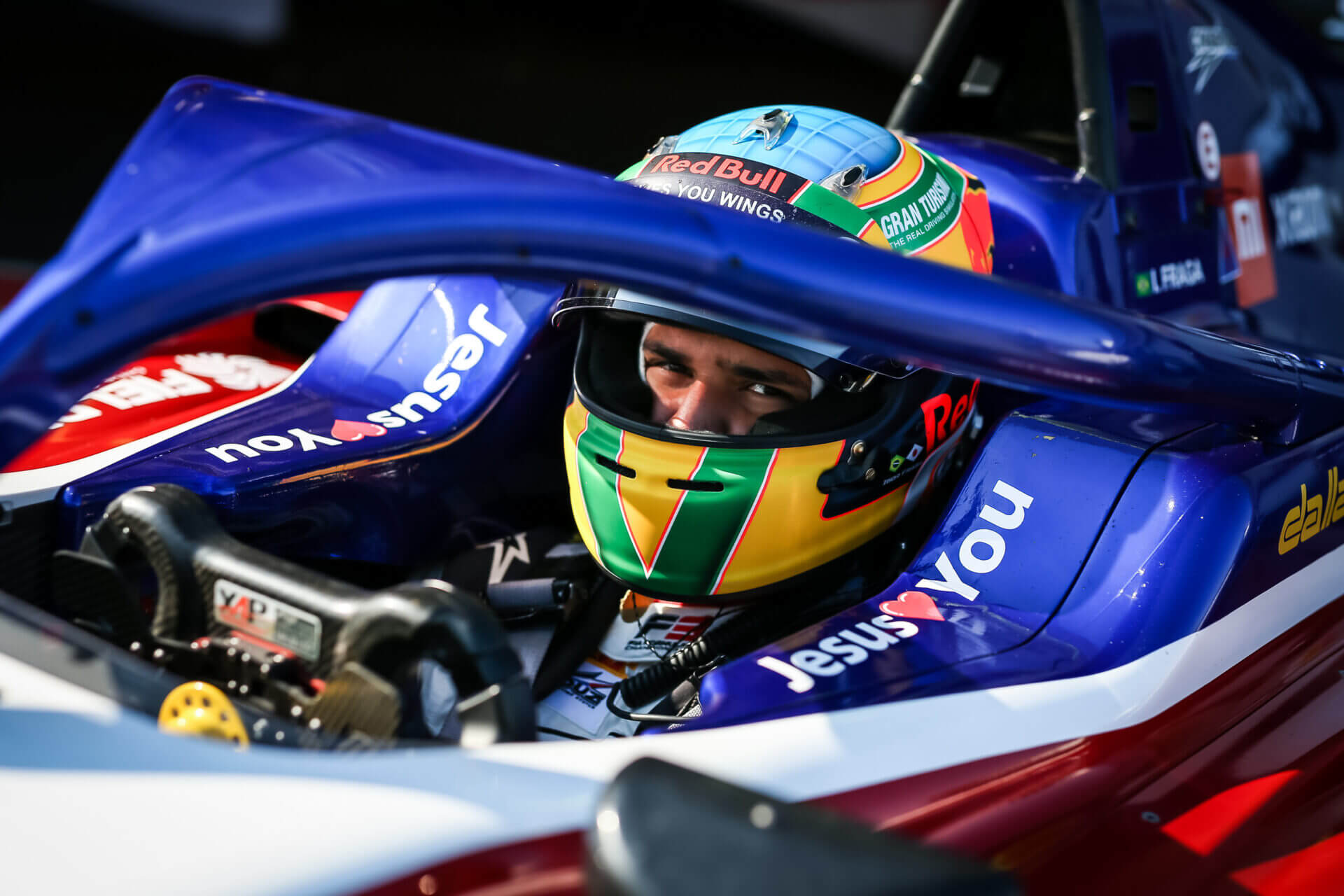 Brazil’s Igor Fraga, 2018 GT Sport World Champion, has finally nabbed his first point of his FIA Formula 3 career, courtesy of a fight-back and a slice of luck.

The weekend started in pretty typical fashion for Fraga. Despite a decent showing in free practice, the car once again would not perform to the same level in qualifying. This has been a season-long issue thus far for the Charouz team, and this time round it resulted in Fraga starting the feature race in a lowly 26th spot.

Starting that far back can have consequences, as drivers can be unsighted by the mass of cars ahead and get tangled up in other people’s incidents. However Fraga kept his nose clean and made some forward progress to finish 18th — where he would then start Sunday’s sprint race.

Again staying out of trouble, Fraga quickly moved up the field in the opening corners — helped along by team-mate David Schumacher tangling with Aleksandr Smolyar into turn four. That put Fraga into 13th spot, and for a long while that seemed where he was destined to finish.

However, front runners Ben Barnicoat and Logan Sargeant both encountered issues to tumble down the order, and while Fraga lost out to countryman Enzo Fittipaldi he was on the verge of both his best result of the season and, for the first time for any Charouz, the points. 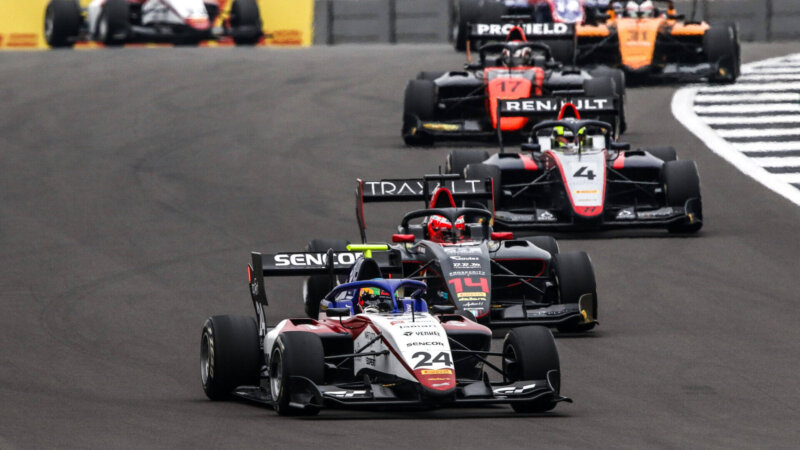 The crucial moment came as the cars started their final lap. Fittipaldi passed Cameron Das through Stowe Corner, with Fraga following on the start/finish straight. This moved the two Brazilians into 10th and 11th respectively, which was ultimately how they crossed the line. However the stewards decided that Fittipaldi left the circuit and gained an advantage which he did not relinquish to Das, and gave him a five second penalty.

This moved Fraga up into tenth, for his and the Charouz team’s first point of the season — some two hours after the checkered flag. Speaking to Red Bull after the race, but before the news of the revised results, Fraga commented:

“It is really difficult to qualify in the position that allows us really to fight for the points. But the car worked fine this weekend, no technical issues so that was a good thing. I was confident we could make a step forward in the races and we did.

“We have to work on that, we really don’t understand what happened but our team suffered there and we are not really sure why. It can be that some teams don’t show their speed in practice, perhaps they don’t run new tyres. For sure we have to improve the qualifying.

“I think it is progress but we have to keep working and improving. We are not where we should be but I am still very happy to be here, I’m on the grid in F3, there are not many drivers that are here so I try to enjoy it and extract as much as possible from every situation.”

There’s precious little time for a break in F3, with the cars heading to Barcelona next weekend. Qualifying at the Catalunya circuit is at 0955 UTC on Friday 14, with the Feature race at 1520 UTC on Saturday 15, and the Sprint race at 0725 on Sunday 16.