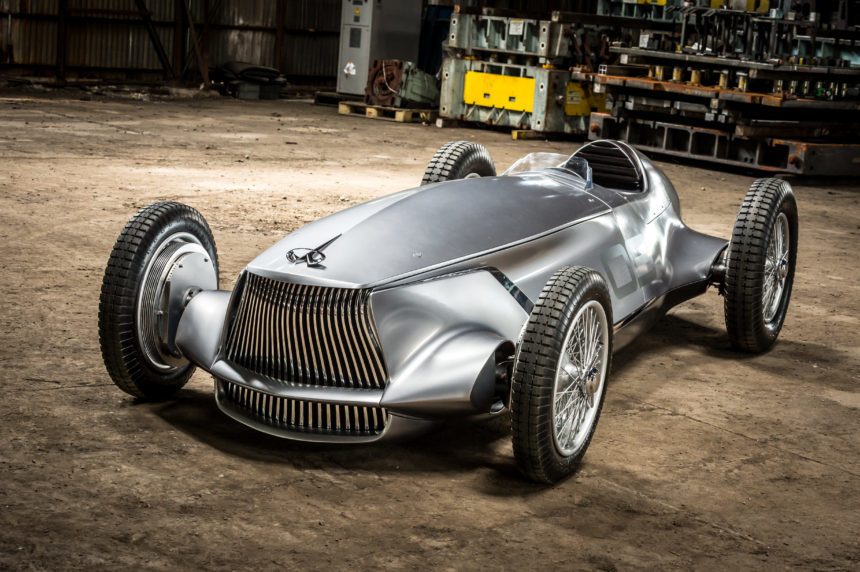 The Pebble Beach Concours d’Elegance shows some of the most beautiful historic cars in the world. From the Duesenberg Model J to the Bugatti Type 57, all of the most iconic classics grace the lawns.

You might wonder then why Infiniti, a company just 28 years old, is showing one of its cars at the event. One look though and you’ll see exactly why the Prototype 9 belongs at the show.

Inspired by the Grand Prix cars of the 1940s, the Prototype 9 gives a modern interpretation to a legendary formula. Finished in bare metal with classic center locking wire wheels, the car has all the right styling cues. You can almost imagine it sitting next to Juan Manuel Fangio and his Maserati 250F.

Infiniti designers also drew inspiration from the Prince R380 race car. The R380 embodies the spirit of early motor racing in Japan. It’s most famous for the overall victory at the 1966 Japanese Grand Prix, with Yoshikazu Sunako at the wheel. 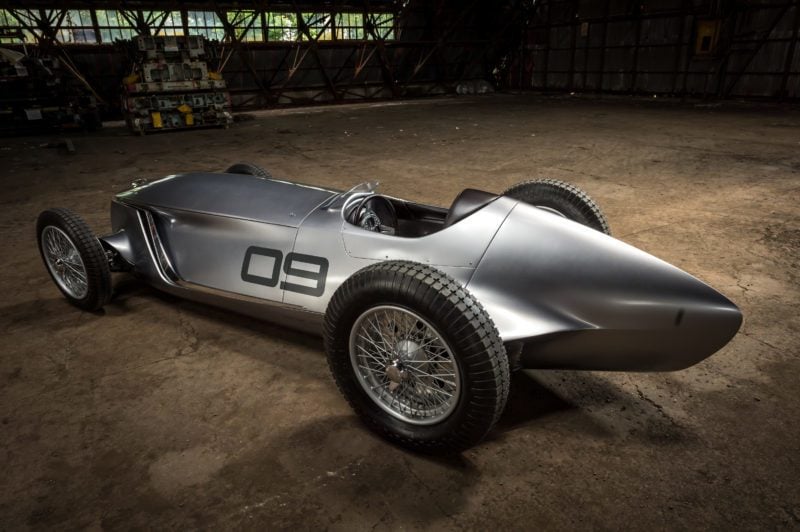 Despite its vintage styling, the heart of the Prototype 9 is as modern as it gets. The car gets its power from a brand new electric powertrain from Nissan. The single motor puts out 148 hp and pushes the Prototype 9 to 60 mph in a little over five seconds. While this isn’t on par with Grand Prix cars of the 1940s, the Prototype 9 could still probably hold its own in a modern day race with them.

The suspension set up sticks with the vintage design though. Using leading arm rigid axles up front and a De Dion tube set up in the rear, the Prototype 9 probably handles just like a 1940s race car.

Infiniti even claims that “Prototype 9” name follows its “Q” naming convention. The Japanese pronunciation of the number 9 is “kyuu”, sounding similar to the English letter Q. It’s a unique way to keep with the Infiniti brand image.

We look forward to the unveiling at Pebble Beach and seeing this modern take on a classic racer. Also given the relationship with Nissan and the Gran Turismo franchise, we can only dream that this car might end up in Gran Turismo Sport, along with previous Pebble Beach winners. Fingers crossed!