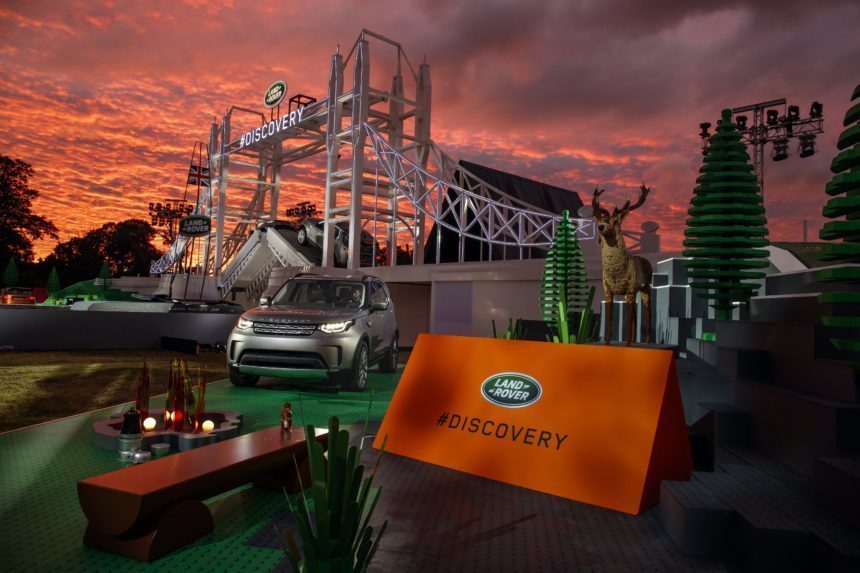 When it comes to spectacular launch events, one manufacturer has the rest of them licked.

Jaguar Land Rover has taken to revealing its cars in some wild and wonderful ways in the last few years. Here are some of the highlights.

Rather than taking hundreds of journalists around the world to see its new car, Jaguar hit upon a clever way round the logistics: virtual reality.

With 66 HTC VIVE headsets to hand, Jaguar could show off its new concept car without the car even needing to be there. The event was also broadcast live to headsets in London.

Jaguar’s first SUV was the first to be treated to a bit of stunt driving. Multiple world-record holder Terry Grant was the man tasked with carrying out the world’s widest loop in a car.

The F-Pace’s feat, around a 62-feet tall loop, smashed the existing world record for the stunt.

Despite featuring the Red Arrows, a helicopter ride and an aquatic launch craft, the XE’s launch seems tame by comparison.

Jaguar flew the XE over central London and then shipped it up the Thames as it starred in its own action movie. The car eventually arrived at its Earls Court destination flanked by a pair of 1960s Jaguar police cars.

In order to shine a light on the newest seven-seat Land Rover, the company decided to drive its latest product over Tower Bridge. Not that Tower Bridge, but one it had made out of LEGO.

In truth the platforms the cars drove over were metal, but the bridge was clad in over 5.8 million LEGO bricks. This netted Land Rover a world record for “the largest structure made from plastic interlocking bricks”.

Another Terry Grant achievement, the E-Pace’s launch involved the longest barrel roll ever performed by a production car.

Coming in at over 50 feet, with a 270 degree roll in mid-air, the E-Pace barrel roll is the most daring stunt yet.

How will Jaguar Land Rover top these efforts? We can’t wait to find out on the next launch!

JaguarLand Rover
1 Comments Discuss this post in our forums...
Can You Beat the Impossible Gran Turismo Quiz?

Automotive News 21 Feb 25 by Andrew Evans
Austrian motorbike and car manufacturer KTM has revealed the next evolution of its X-BOW track special. KTM calls the new car the X-BOW GTX, and it’s the most powerful model…