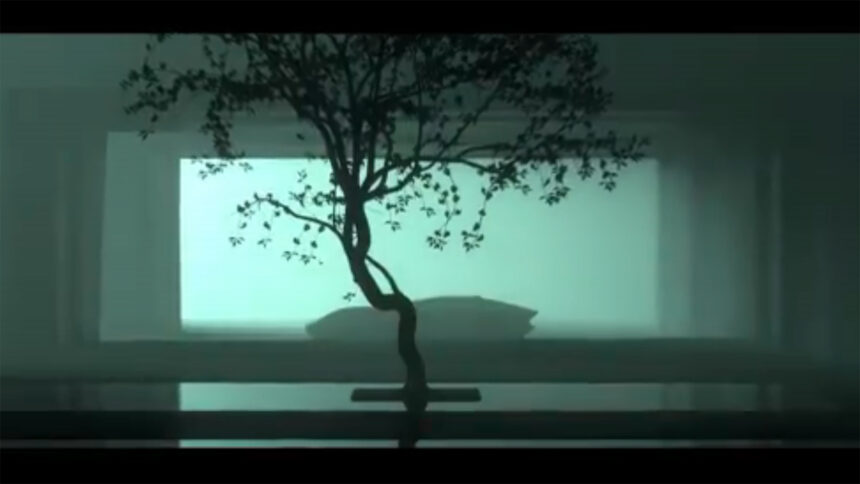 If the cat wasn’t already out of the bag, it was certainly sticking its head out yesterday. However today, Jaguar has taken to social media to confirm that it is indeed the brand behind the Vision Gran Turismo car that will enjoy a grand unveiling at the Tokyo World Tour event on Friday.

The official teaser gives away little information. All we see of the car is a side profile from incredibly far away, partially obscured by a bonsai tree (or a much larger one, also very far away). Following that is brief detail shot that’s too close to make much out, but appears to be looking forward towards the windscreen from the side of the cabin.

From that side shot we can see that the car’s hood seems rather long, hinting back to Jaguar’s history with the E-Type rather than its more recent concepts like the C-X75. That could suggest an unusually lengthy engine lurking underneath, but then Jaguar’s choice of hashtag — #JaguarElectrifies — hints otherwise.
six car

It’s important to note that “electrified” does not necessarily mean “electric”. The car could use any number of hybrid technologies to generate power, and one that might fit the bill is that of the C-X75 concept. Originally that car used gas turbines to power four 194hp motors — one for each wheel — for a 776hp total power output. Later versions were regular combustion-electric hybrid, before the joint project with Williams Advanced Engineering ended up in the cancelled pile.

Until now, Jaguar hasn’t appeared on the Vision GT schedule; it wasn’t part of the original list back in Gran Turismo 6. It wouldn’t have been our first guess for an unidentified Vision GT either as, although the brand is part of the game’s Manufacturer Series with two variants of the F-Type, it isn’t especially well-represented in GT Sport, sporting just six cars before now.

Polyphony Digital and Jaguar will reveal all tomorrow at a special presentation at 3pm local time (convert to your time here), and you’ll be able to keep up with the presentation right here on GTPlanet.

JaguarVision Gran Turismo
262 Comments Discuss this post in our forums...
Can You Beat the Impossible Gran Turismo Quiz?