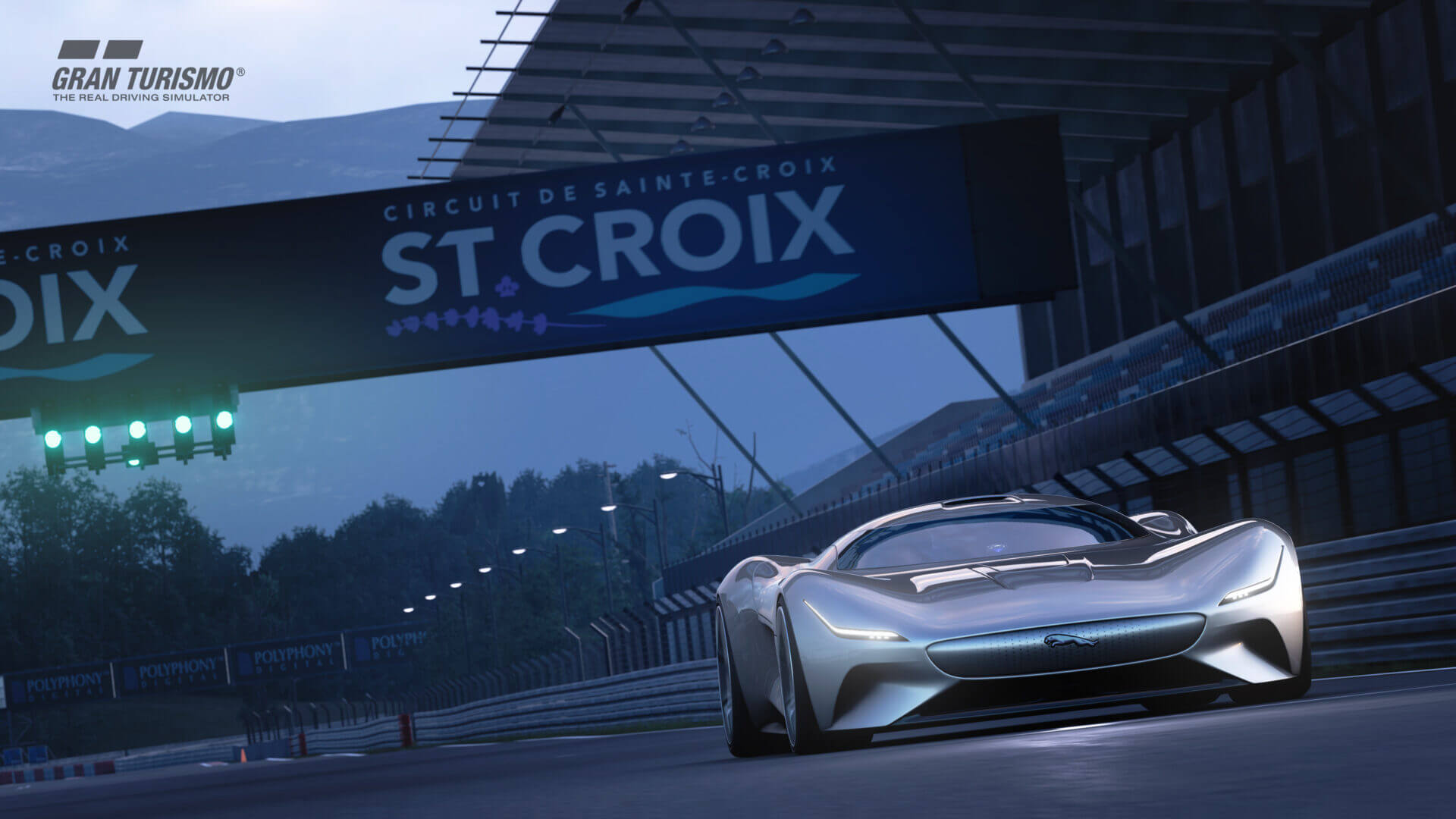 Jaguar has revealed its car for the Vision Gran Turismo project in a live event at the GT Sport World Tour in Tokyo.

It’s called the Jaguar Vision GT Coupe, and it’s the brand’s idea of what an all-electric sports coupe of the near future could look like. Jaguar says that the cars has taken design inspiration from its classic racing heritage of the 1950s and 1960s, while the technology underneath derives from its Formula E and I-PACE eTROPHY race cars.

The electric coupe uses three motors. One drives the front axle, while the other each two drive one rear wheel. They combine to produce a total system power output of 1,005hp, along with 884lbft of torque — enough for a 0-60mph sprint of under two seconds and more than 200mph at the top end.

“The opportunity to take what we have learned on the track from our time in Formula E and apply it to a futuristic Jaguar race car has been a great challenge for the Jaguar Racing engineers. With its all-electric motor design drawing on the technology from both the Jaguar I-TYPE 4 and eTROPHY race cars, we have accurately modeled the performance of the Jaguar Vision GT Coupe in the virtual world, creating a car that will be exhilarating to drive and a real threat to the competition.”

According to Jaguar, the classic C-type, D-type, and E-type racers played a significant role in the design of the Vision GT Coupe. That’s perhaps most obvious in the car’s long nose, but Jaguar also notes the fenders derived from the C-type design.

There’s a few less traditional features too. The driver accesses the Vision GT Coupe by a huge, top-opening canopy, while the car also uses an enormous active rear wing. That not only deploys rearward but extends across the width of the car too, adjusting to provide downforce while sacrificing as little efficiency as possible.

The car features a carbon-fiber composite monocoque, along with extensive use of composites and experimental lightweight materials. That all helps keep the weight down to around 3,150lb.

In the cabin, the Vision GT Coupe features hologram technology for the displays and an artificial intelligence interface and companion Jaguar calls “KITT-E”. There’s augmented reality digital side glass, in case you were concerned about side visibility through the narrow glasshouse.

“We’ve really pushed the limit to imagine how a future Jaguar sports car interior could look. The architecture is visually lightweight, simple, and dramatic; featuring advanced and experimental materials and finishes. Sitting in the stunningly considered cockpit and looking out onto the gracefully long bonnet of the Jaguar Vision GT Coupe – a view that is unmistakably Jaguar – the player will be fully immersed in the action.”

“We are delighted to today announce the Jaguar Vision Gran Turismo project. It was a great experience for us to work with Julian Thomson who is the new design director now at Jaguar. The design and performance of this car is a result of the team’s skill, craftmanship, and long years of collaborations together. We look forward to having drivers get behind the wheel next month.”

The players at Tokyo have already got to experience the car for themselves, and GTPlanet won the car’s first race too. Everyone else won’t have long to wait, as Polyphony Digital is scheduling the car for release in an update towards the end of November.

In the meantime you can re-watch the car’s unveiling, and watch it in action during our victory below!

Andrew Evans · Oct 25, 2019· Comments
Michelin, official Tire Supplier and Technical Partner of Gran Turismo, is staging a special online competition for players in south-east Asia and Oceania, with an all-expenses paid experience at Yas Marina, Abu Dhabi, for the winner.

Andrew Evans · Oct 25, 2019· Comments
A new set of Gran Turismo Sport Daily Races is now available, with the unannounced change to a four-weekly cycle now seemingly the standard from this point forward.

Andrew Evans · Oct 25, 2019· Comments
Following on four weeks from the last set, a new set of Daily Races is now available in Gran Turismo Sport as players get used to the new scheduling for the 2017 title.

Andrew Evans · Oct 25, 2019· Comments
For the first time in nearly a month, there’s a new set of Daily Races in Gran Turismo Sport for players to enjoy for the foreseeable future.

Andrew Evans · Oct 25, 2019· Comments
It’s the inevitable fate of any game that, once it is succeeded, it will eventually wither away as support is withdrawn. While this process usually takes months at a minimum, GT Sport seems as if it could be sidelined in record time.

Andrew Evans · Oct 25, 2019· Comments
Despite being superseded by Gran Turismo 7, GT Sport’s Daily Races seem to be continuing on their weekly cycle — for the time being at least.

Andrew Evans · Oct 25, 2019· Comments
Although Gran Turismo 7 is now out, GT Sport shows no signs of slowing down any time soon, with a new set of Daily Races now available to players.