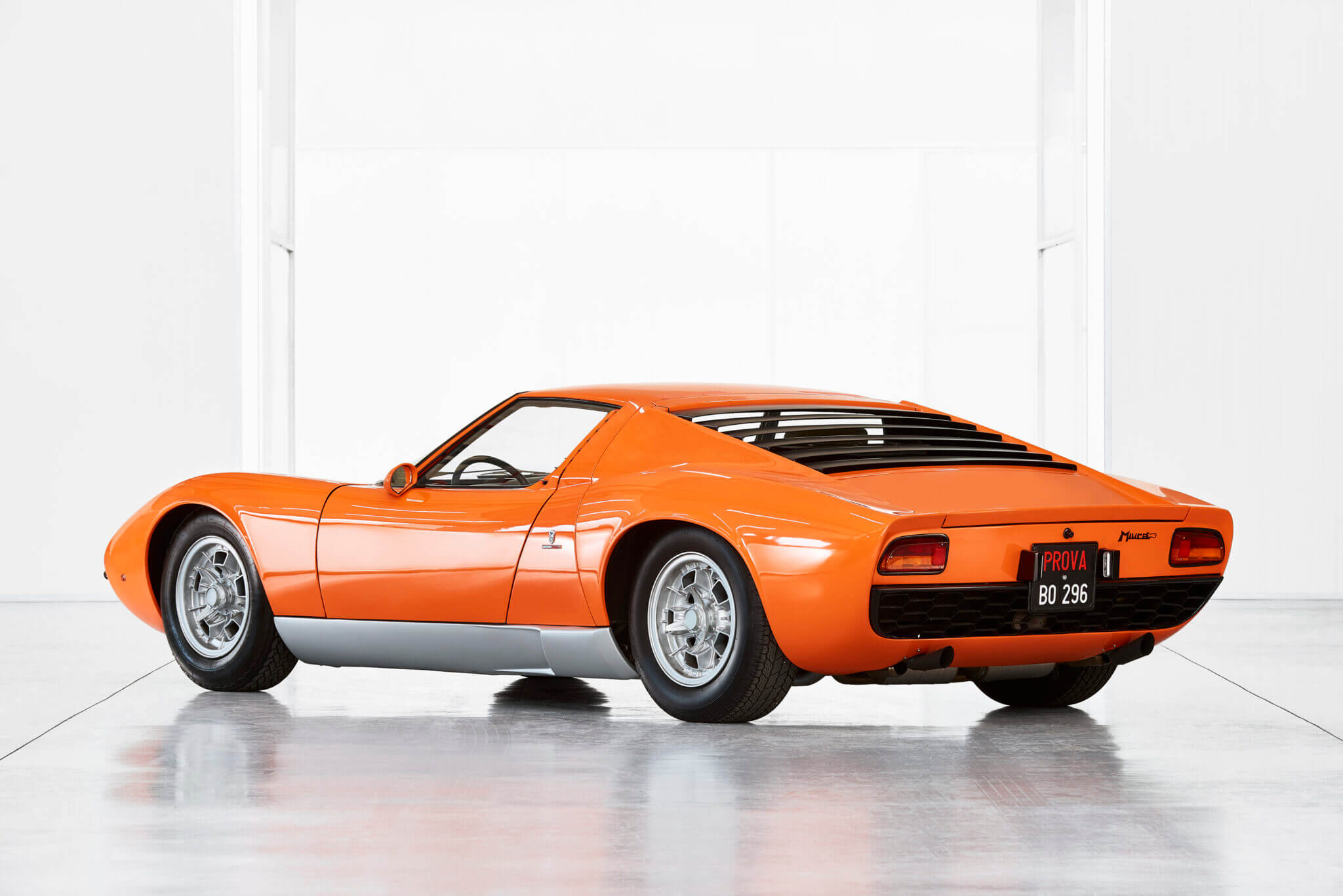 Finding an original film car is something special. More often than not, the cars are crushed or traded away only to end up on a ranch in New Mexico. So when one turns up it’s pretty cool. It’s even cooler when that car is the original Lamborghini Miura P400 from the film The Italian Job.

No, not the 2003 remake featuring Mark Wahlberg and what is probably just a two-hour MINI commercial. We mean the original from 1969, starring Sir Michael Caine, Noel Coward, and Benny Hill. While you may remember the original Mini Cooper featuring heavily, the underrated star of the film is the Miura.

If you’ve seen the movie, you’ll remember Rossano Brazzi, who plays Roger Beckermann, cruising through the Alps. In the background, Matt Monro belts out the classic On Days Like These as the Lambo takes the twists and turns. It’s one of the best opening sequences in all of cinema, automotive or otherwise.

Unfortunately, the Miura and Beckermann end up on the wrong end of a bulldozer followed by an explosion. Then to add insult to injury the car then topples over a cliff before coming to rest in a raging river.

While that body-double Miura was ultimately destroyed (it was a wreck Paramount purchased just for the sequence), the one used for the driving scenes survived. However, Lamborghini — not one for meticulous record-keeping at the time — lost track of the car after selling it to its first owner.

You might not think it’d be all that easy to forget which Arancia (orange) Miura was the car from The Italian Job. After all, Lamborghini only made just over 750 cars in total, and only 275 of those were P400 models.

One potential candidate emerged in 2015. Classic car collector Iain Tyrrell bought the car, chassis number 3586, from a secret underground Paris garage. He believed that he’d discovered the Miura due to unique stitching details on the headrests and dash which matched stills from a DVD of the film. 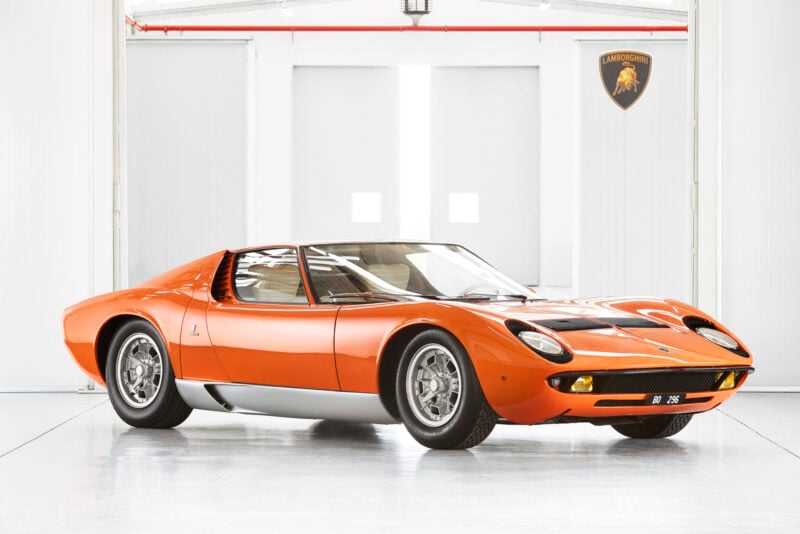 That P400 found its way into the Kaiser Collection in Vaduz, Liechtenstein. Like everyone else, Kaiser was curious about the potential provenance of the car, and sent it down to Polo Storico, Lamborghini’s in-house restorer.

Polo Storico doesn’t just rebuild old Lamborghinis. It acts as an official archive and reference source for all things bullish. Once in Sant’Agata, Polo Storico was able to go over the car with a fine-toothed comb and with access to the original build sheets.

Everything seemed to line up with the 3586 being the missing Miura. However one key piece of evidence came from Lamborghini employee Enzo Moruzzi. Moruzzi delivered the car to Paramount and even did some of the driving on the film. He recalled:

“There was a Miura P400 almost ready on the production line, in the right color, left-hand drive and with white leather interior. It was aesthetically identical to the damaged one and we decided to use it for the film. The only thing worrying us was the elegant white leather seats, given that car had to get back to Sant’Agata in perfect condition.

“So, I asked for them to be taken out, replacing them with a set of black leather seats that we used for testing. The giveaway was the headrests, which on the Miura are attached to the dividing glass between the driver compartment and the engine compartment, which couldn’t be replaced in time. In the film, you can see the original white headrests.”

Along with all of the other information, Polo Storico was able to verify that 3586 is indeed the very P400 used in the iconic movie sequence. It has now certified the vehicle, just in time for the 50th anniversary in June.

Andrew Evans · May 7, 2019· Comments
Gran Turismo series partner Toyota has revealed a special, limited edition version of its Toyota Yaris hatchback, which not only bears the Gran Turismo 7 name but comes with a free copy of the game and a PlayStation 5 console.

Andrew Evans · May 7, 2019· Comments
After it surprisingly revealed a new car at the Consumer Electronics Show (CES) in 2020, Sony has taken the covers off a second model at this year’s show — and it looks like it might be planning to build them.

Andrew Evans · May 7, 2019· Comments
Porsche has officially taken the covers off its Vision Gran Turismo car, designed specifically for Gran Turismo 7 when it launches on March 4.

Andrew Evans · May 7, 2019· Comments
MG’s specialist design center, SAIC Design in London, has created a new concept car that’s not only inspired by gaming, but a games room itself.

Michael Leary · May 7, 2019· 13 Comments
Although Lamborghini has now officially pulled the wraps off its latest nostalgia project, the Countach LPI 800-4, you’re already too late to buy one.

Andrew Evans · May 7, 2019· 21 Comments
Genesis has unveiled a trio of new racing car concepts designed in collaboration with Gran Turismo, destined to take their places in the racing game series in the near future.

Andrew Evans · May 7, 2019· Comments
Nissan has taken the covers off the latest model of its flagship performance car, the GT-R Nismo, ahead of its market launch later this year.