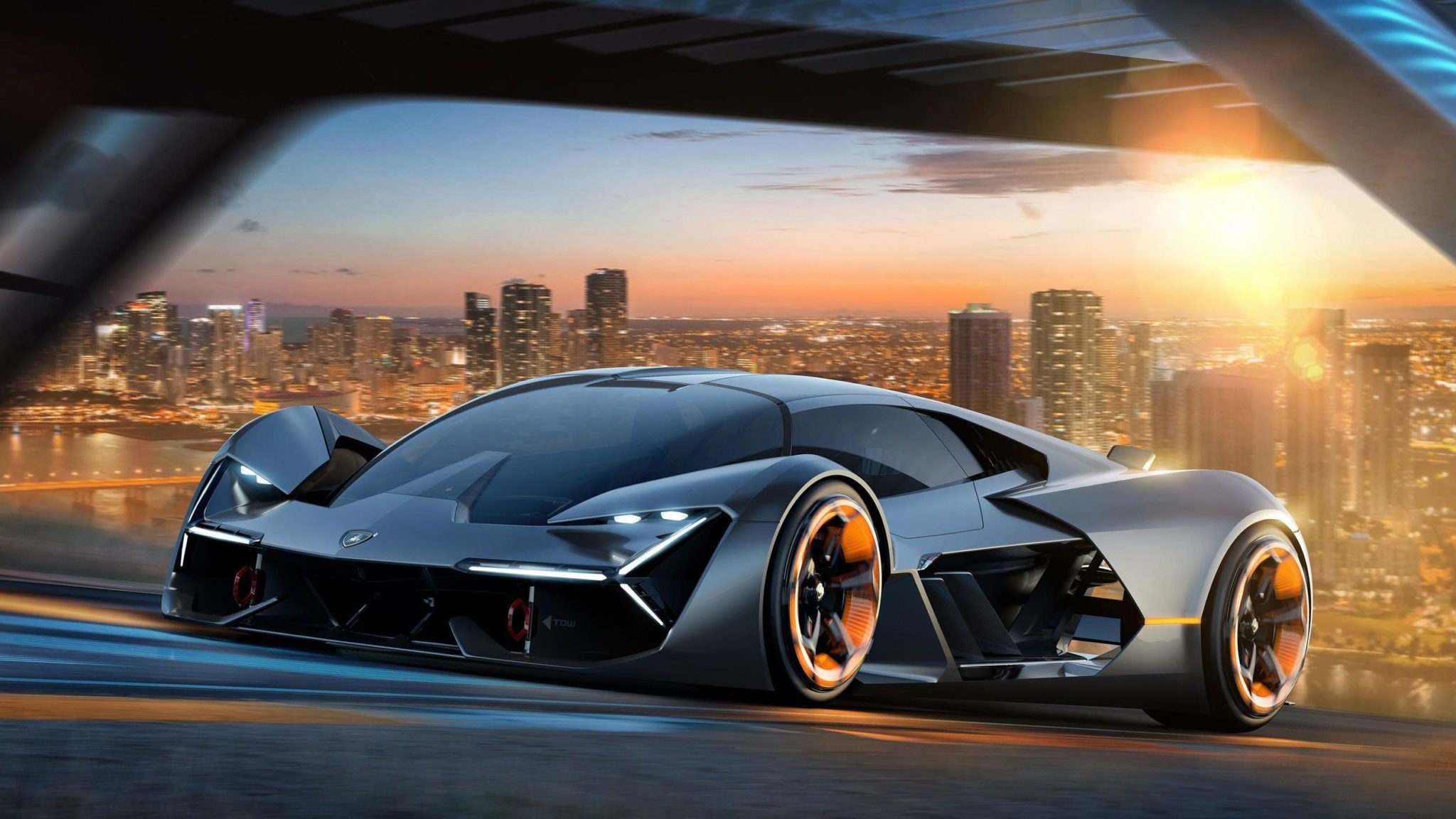 Lamborghini has partnered with the white coats at MIT to bring us this, the Terzo Millennio concept. It was unveiled earlier today in Cambridge, Massachusetts.

The Terzo — which is Italian for “Third Millennium” — is a Lambo-tinged look into the future of the supercar. With talk of self-driving cars and electric power showing no signs of slowing, the Italian manufacturer has responded with the sort of far-out concept that only it could produce.

Easily the most shocking departure is the complete lack of an internal combustion engine. Lambo’s toyed with the electric boogaloo before (the Asterion was three years ago already), but the Terzo, in theory, is a pure EV.

In typical company fashion, the Terzo aims for excitement, even in electric form. The aim, according to Lamborghini and MIT, is to eschew traditional batteries for supercapacitors. Currently, the tech is of limited everyday use, though both Porsche and Toyota have used it in racing for short bursts of extra power.

The goal with the Terzo Millennio project is to make the supercapacitor the main star, not a supporting player. Existing supercap tech isn’t quite there, but if the duo can make it happen, the explosive power delivery of the setup would be the perfect match for a supercar of the future.

If you think that sounds futuristic enough for the company Ferruccio founded 54 years ago, just wait until you hear about the rest of the car. Lambo’s been at the carbon fiber game for many years now, but the Terzo plan calls for CF nanotubes. Not just that, these tubes would be made to hold a charge, in much the same way a modern hybrid’s lithium-ion batteries do.

The team has also been exploring tech that would allow the car to heal itself. Using the same nanotube technology, the Terzo could identify areas of degradation in its structure and repair them. Your future supercar could keep itself looking new. 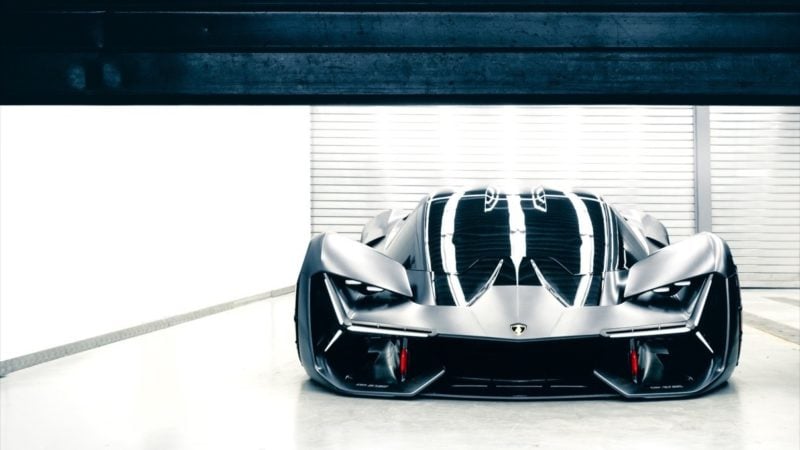 Speaking of looks, the Terzo is undeniably dramatic. There’s hints of the current design language, like the Centenario’s taillight graphic now up front. The nose itself is reminiscent of that car, which was built to commemorate what would’ve been Ferruccio’s 100th birthday. But here, the hyper-cab-forward canopy envelops the front end. With two barely-there headlights squinting ahead, the Terzo looks angry.

The negative space around the rear haunches is decidedly un-Lamborghini, almost evoking the skeletal Aston Martin Valkyrie. Sticking with the British marque, there’s some DP-100 Vision GT around the roofline. But taken as a whole, the Terzo Millennio is certainly its own animal — complete with light-up wheels.

For those panicking at the thought of a Lambo V12-less future, rest easy. The Terzo is only a concept, and company R&D boss Maurizio Reggiani assured The Verge that multi-cylinder engines are still a major focus for the company, despite ever-tightening emissions regulations. “It will be a big task,” he says, “but we live for this.”