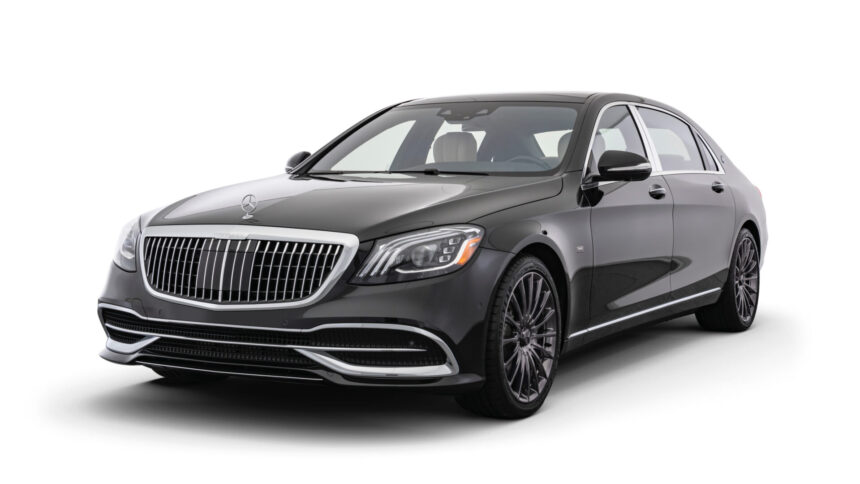 Maybach, the luxury sub-brand of Mercedes, has revealed a strictly limited “Night Edition” model which will serve as a send-off to both the S-Class and the marque’s V12 engines.

Daimler-Chrysler resurrected the Maybach brand in 1997, to create luxury cars under a new banner. Although that ended in 2013, Maybach became a sub-brand of the Mercedes marque, producing plusher variants of the regular Mercedes-Benz S-Class. The Mercedes-Maybach S650 heads up that range, at least until now.

With Mercedes planning to discontinue the current S-Class in favor of a new car at the end of the year, the Maybach S650 Night Edition is effectively a farewell to the model line. As you’d expect with a name like “Night Edition”, it’s heavy on the black.

That starts with the pretty obvious Obsidian Black exterior paintwork. Maybach garnishes this with “shadow smoked”, 20-inch forged alloy wheels, and lashings of carbon fiber. Luxury cars may not be synonymous with aerodynamics, but the NE features a carbon fiber rear spoiler.

The carbon and black theme extends to the interior too. There’s new carbon fiber components on the door cards and dash, and the Nappa leather upholstery is two-tone black and porcelain. You’ll even find black, diamond-quilt leather floor mats, with porcelain edged.

For the NE model, Maybach has ticked all the interior boxes. This means that both rear-seat passengers get the full executive package, with power recline — at up to 43 degrees — and calf rests, along with dual entertainment systems. Both front and rear sears have a massage function, along with heating and cooling. There’s also extended, 64-color ambient lighting for the whole cabin.

Like all S-Class models, the S650NE features “Magic Body Control” suspension. This uses the vehicle cameras to scan the road ahead and adapt the suspension to suit bumps and even curves — leaning into corners to improve both ride and handling.

One thing Maybach hasn’t touched is the S650’s engine. That’s still the AMG-built M279 V12 biturbo, producing some 621hp and 738lbft — and the car will be one of the last opportunities to experience this engine. Once Mercedes retires the current S-Class line, it will no longer have a V12 passenger cars in production. The NE will thus be the ultimate in V12 S-Class models.

You’ll only be able to pick up the Mercedes-Maybach S650 Night Edition in the USA, and it starts at a little over $243,500 including destination charge — around $40,000 more than the regular Maybach S650. It’ll also have a pretty small owners’ club, as Mercedes will only offer 15 vehicles in total.

MaybachMercedes
10 Comments Discuss this post in our forums...
Test Your Badge Knowledge With Our Car Logo Quiz