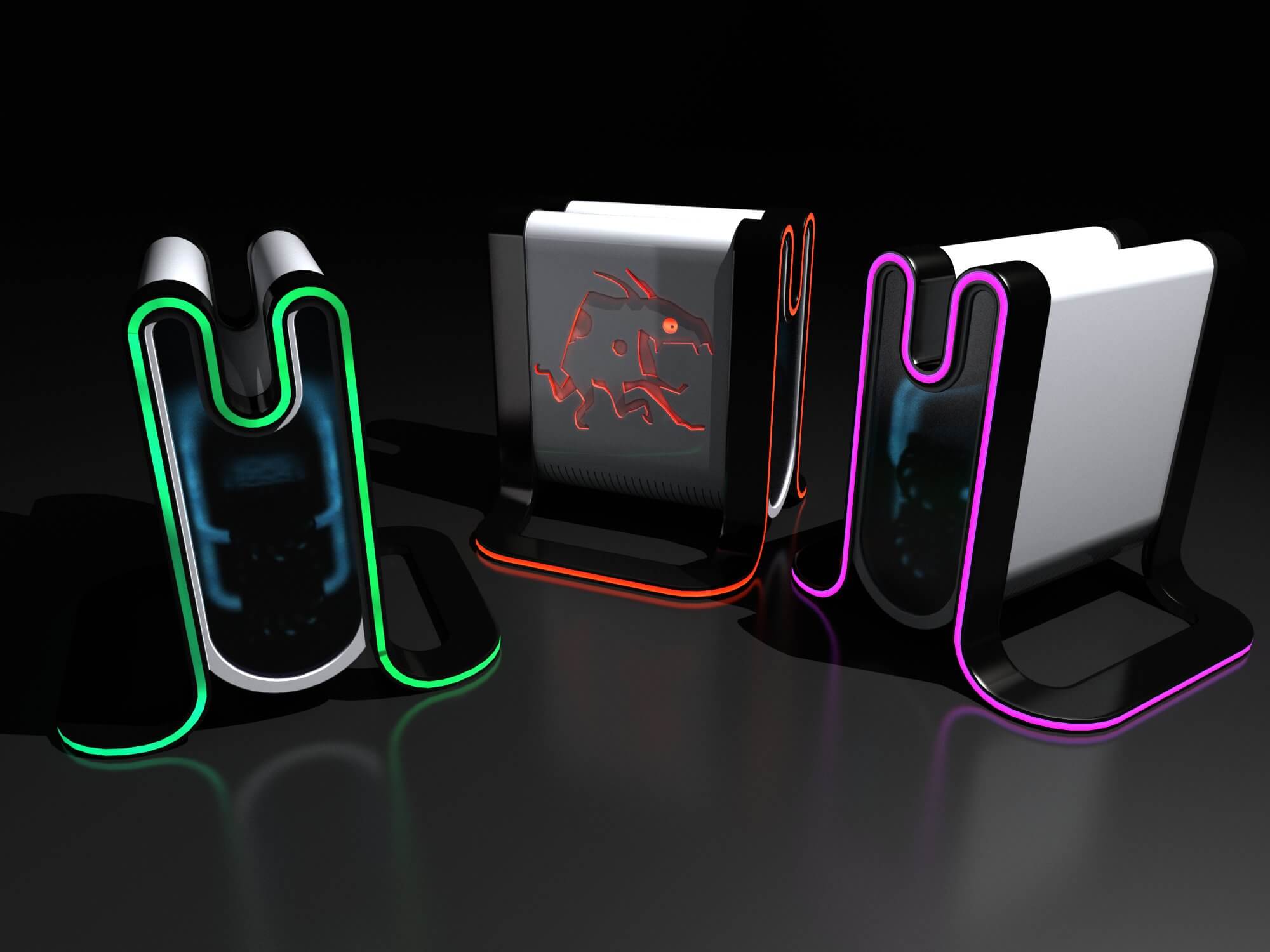 This is our first look at the rather unexpected new player on the console market: the Mad Box.

Slightly Mad Studios CEO and founder Ian Bell only revealed the console’s existence two days ago. Now he has now shared its design on Twitter too.

It’s a very unusual form, built around the shape of an M — we see what they did there. SMS clearly intends it to stand vertically, with the ends of the M splayed out to form a stand. One end seems to consist of a transparent plate through which you can see the console internals. Bell’s post blurs these out, as some aspects are apparently not finalized. 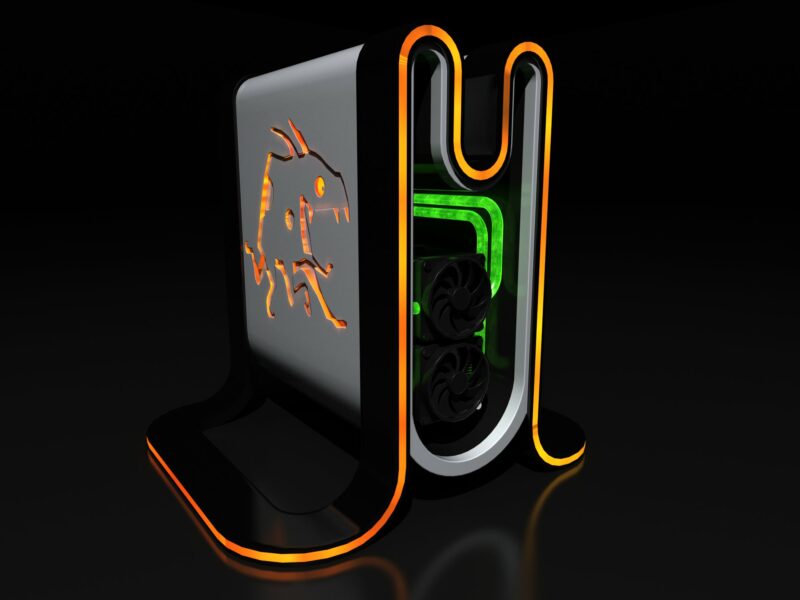 Although the legs aren’t very space friendly — it looks like you’ll need almost as much space on your desk as the console’s full height — Bell suggests they contain some components. This could hint at wireless charging for game pads.

The Tweets show the Mad Box with four different color light strips, with the large SMS mascot on the side picked out in the same color. It seems likely that these are color-changing LEDs that convey a system status, or are user-configurable.

Among other things, Bell also confirms wireless communication between Mad Box units. He adds that they each have a one-press carry handle and don’t weigh all that much. It’s hard to get a sense of scale from the images, but the console appears to be at least the same size as a PS4 Pro, albeit wider.

We’ll bring you more information on this slightly mad machine as we get it.

Andrew Evans · Jan 4, 2019· Comments
The latest Forza Horizon streams have revealed what players will be getting up to over the next couple of months, with the new Series themes, activities, and rewards for Series 15 and Series 16.

Gary Slater · Jan 4, 2019· Comments
As 2022 begins to enter the closing stages, Forza Horizon 4 welcomes December with an apt Winter season. With festive plans beginning to take shape, players are continuing to hunt down the latest events.

Andrew Evans · Jan 4, 2019· Comments
The final set of Forza Horizon 5 seasonal playlist challenges for the current Series is available from today, with seven more days to get through the donut-based activities.

Andrew Evans · Jan 4, 2019· Comments
The latest seasonal preview for Forza Horizon 5 will stream later today, Thursday December 1, revealing what new content, challenge, accolades, events, and world changes are coming up for players over the next couple of month.

Andrew Evans · Jan 4, 2019· Comments
GTPlanet had the opportunity to sit down with Gran Turismo series creator Kazunori Yamauchi as part of a round-table interview during the recent GT World Series Finals in Monaco.

Andrew Evans · Jan 4, 2019· Comments
One of the bigger stories surrounding Gran Turismo in 2022 is production finally beginning on the long-awaited movie of the same name.

Andrew Evans · Jan 4, 2019· Comments
As the curtain drops on another exciting season of the Gran Turismo World Series, Polyphony Digital is already looking forward to a bigger and better 2023.