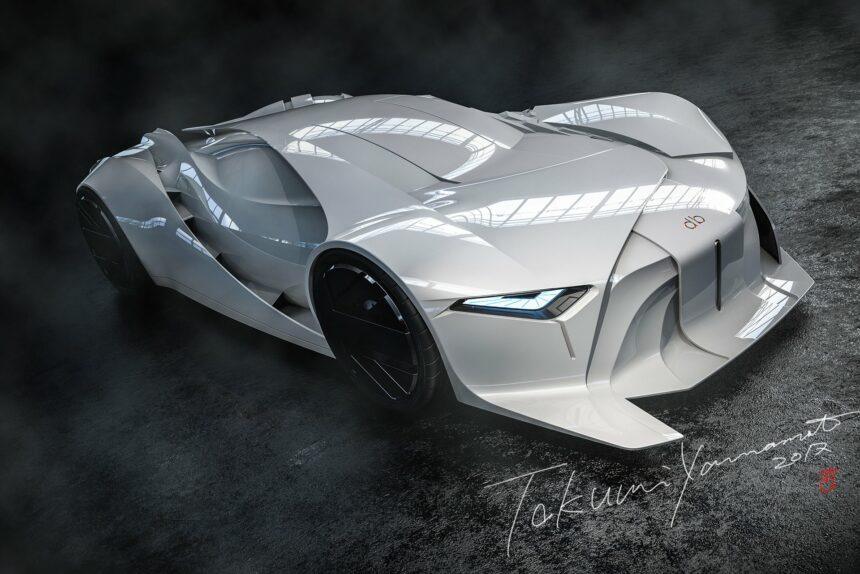 Yamamoto is a former exterior designer at PSA, the French car company formed of Peugeot, Citroen and DS. In his role at PSA, he was responsible for designing the Citroen GT by Citroen — a cover car for Gran Turismo 5: Prologue. In many ways, the Citroen was the first Vision GT car, and indeed Yamamoto left PSA to work for Polyphony Digital’s Explore Studio in Europe.

However, long before he created the GT by Citroen, Yamamoto had started work on another concept vehicle. As a young art student, he’d put together the first sketches of a car intended to honor David Bowie’s work and style.

Nearly 20 years later, after leaving Polyphony to start his own freelance car design company, Yamamoto starting working on the David Bowie car again. He’d planned to present some of his work to Bowie himself, in order to work with the legendary singer and actor. Then, in January 2016, Bowie died, before Yamamoto had a chance to meet him. 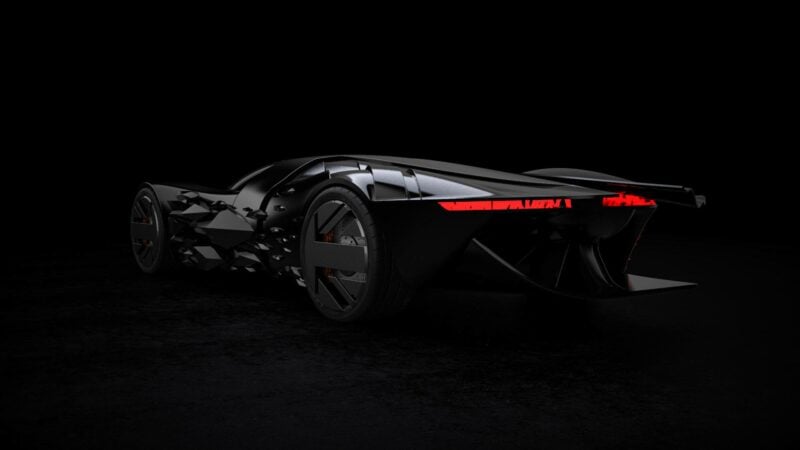 The Bowie car became a tribute rather than an artistic collaboration. With the help of Cyrille Ancely, a 3D designer who had worked with him at PSA, Yamamoto’s sketches started to become a full 3D model. But a scale model wasn’t enough for the duo, and they turned to Paris-based Marie 3D to help create a full-sized version of the car.

However, the car features some highly detailed shapes, and complex, folding curves — representing parts of Bowie’s character and style, along with key words Yamamoto had extracted from lyrics. Marie 3D realized that traditional car model construction methods wouldn’t do it justice, and the only route would be 3D printing.

No-one had ever successfully attempted a full-size, 3D-printed concept car before. Marie 3D sought the help of Massivit, and its enormous 1800 printer, capable of printing pieces up to six feet high, five feet wide and four feet deep. With such a unique proposition, Massivit became the project’s sponsors. 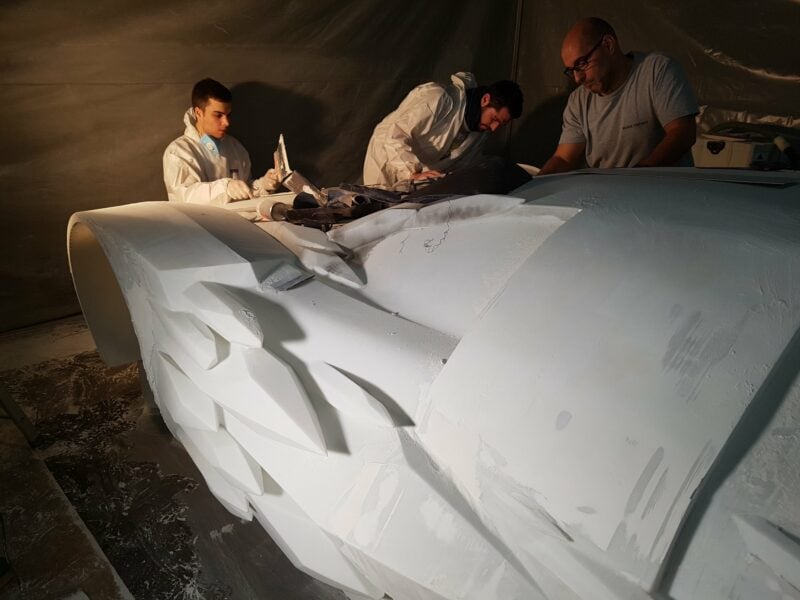 The result is the first 3D-printed concept car in the world. Along with being a showcase for the possibilities of modern technology, it also captures Yamamoto’s original intent: an art car inspired by one of the world’s great musical artists.

As fitting to its status the car, named “A Portrait of db”, will be on display at the Concept Car Exhibition, at the Festival Automobile International in Paris. You’ll be able to see it at the Hotel National des Invalides from January 31 to February 3.

If you’re not able to get along, you can watch Marie 3D creating the car model in the video below:

Citroen GT
22 Comments Discuss this post in our forums...
Test Your Badge Knowledge With Our Car Logo Quiz