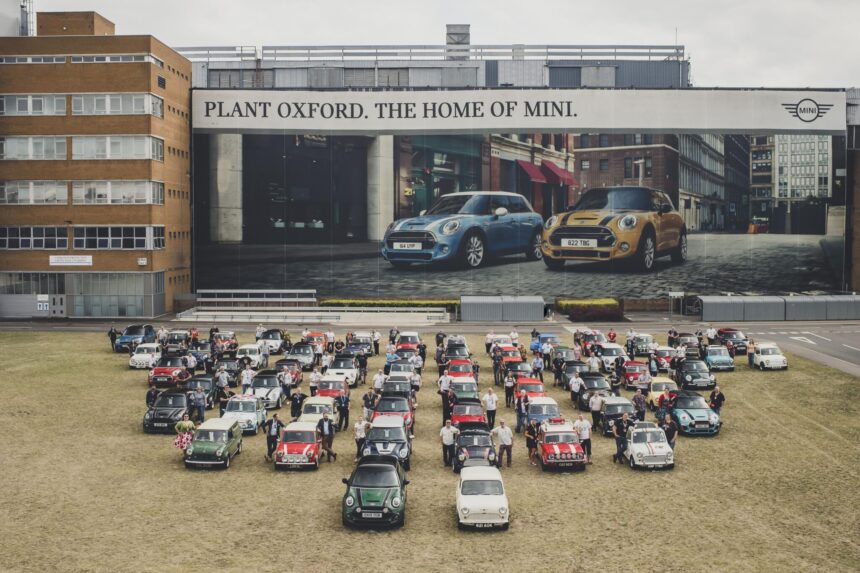 MINI Builds Its 10 Millionth Car, 60 Years After Its First

When it comes to icons of world motoring, there’s not much equal to the Mini. Arguably the progenitor of the transverse-engined, front-wheel drive hatchback shape that dominates Europe’s roads to this day, the first Mini rolled off the British Motor Corporation (BMC) production line in Oxford in 1959.

The Mini name celebrates its 60th anniversary this year and, just in time to mark the occasion, its ten millionth example has followed. Appropriately enough the car, built at MINI’s Plant Oxford, was a 60 Years Anniversary Edition, in classic three-door bodystyle and British Racing Green.

BMW has owned the MINI brand (stylized in all-upper case to distinguish it from the original car) since 2001, and has built the modern reinterpretation of the car in significant numbers. It’s made around 4.7 million cars, at a rate of around one every 67 seconds. MINI sold around 400,000 cars, in 110 countries, in 2018 alone. 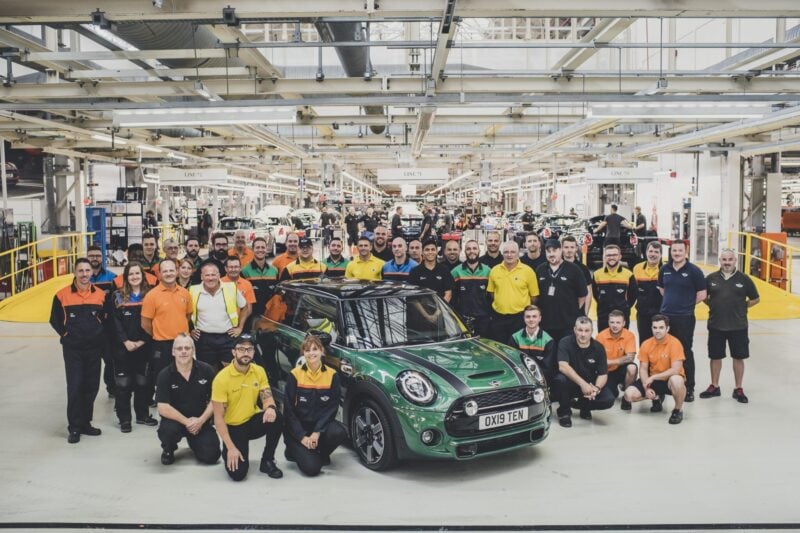 That means that the bulk of the ten million cars are still original Minis. BMW may build them quicker, but the first car remained in production — with minor changes — for 41 years, and more than 5.3 million cars.

Although Mini has had several owners and appeared under several marques — Austin, Morris, and Rover among them — it’s always been British-made. That continues today, with facilities in Birmingham and Swindon producing major components and the final assembly at Plant Oxford, although MINI builds some of the new body styles elsewhere.

“As we celebrate 60 years of our iconic brand and look towards an electric future, I would like to thank everyone who has made MINI such a global success, from my team here to the loyal customers and fans around the world. To see the 10 millionth MINI roll off the production line here at Oxford was a moment of great pride for the whole team, a number of whom have relatives who were here building the very first Minis in 1959. This is a wonderful chapter in the MINI story and proof of the passion that our customers have for this very special British car.”

The ten millionth car will meet its ancestor “621 AOK”, the first Mini ever made, at the International MINI Meeting in Bristol over the next four days, along with 58 other cars from across the last six decades.

MINI
28 Comments Discuss this post in our forums...
Can You Beat the Impossible Gran Turismo Quiz?