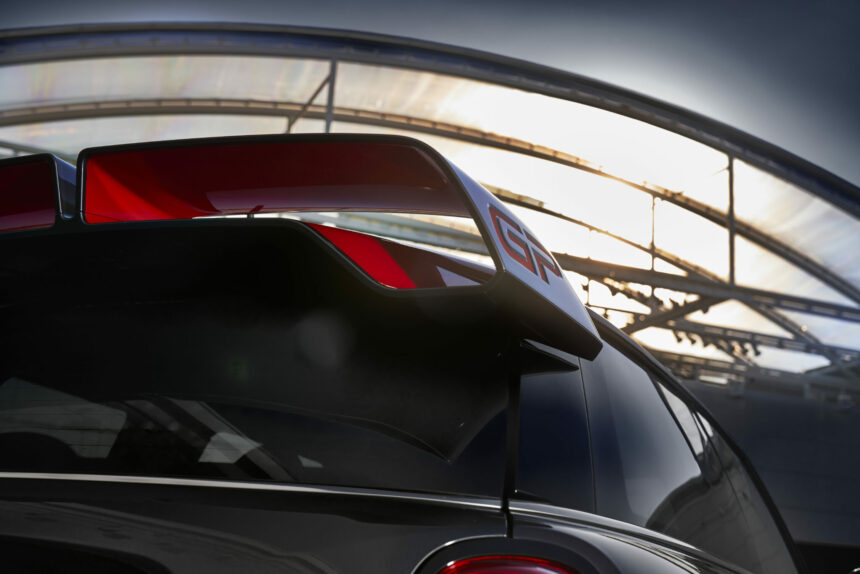 If you want the fastest hot hatch around in 2020, it looks like you’re going to have to think small.

MINI has released a handful of teaser images and information on what’s going to be its fastest and most powerful car ever. Due for launch next year, the MINI John Cooper Works GP is the third in a line of ultimate performance MINIs.

From the teaser images alone, the car seems to draw inspiration from a concept MINI presented at the Frankfurt Motor Show in 2017. Although that car was only a two-seater — with the rear of the cabin giving way to a roll cage — it’s likely to be the basis of the production car.

The two certainly seem to share a rear wing ethos. This wing, as seen on the 2017 concept car below, is a high and wide, twin-plane roof-mounted item. The first teaser image indicates a close similarity between that and the production item, although without some of the concept’s details. 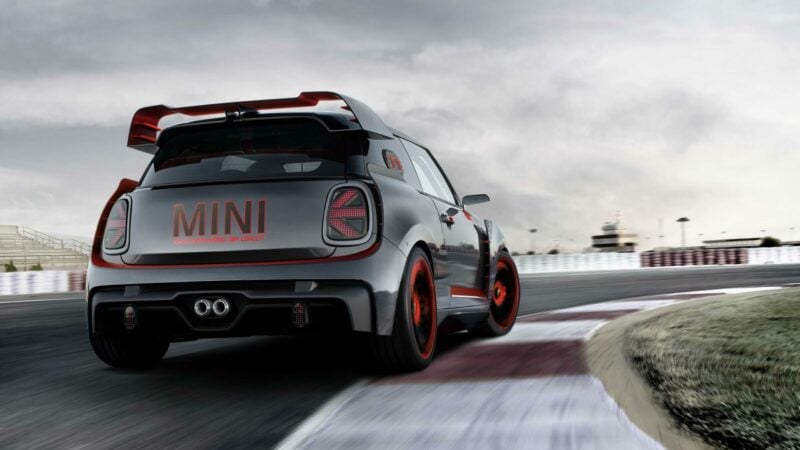 What’s most important though is what powers it. MINI has not gone into precise details, but says it’s a MINI TwinPower Turbo engine. That’s likely to mean it’s a derivative of the two-liter turbo four you’ll find in the regular JCW. In that application, the engine is good for 231hp, but the GP’s unit will produce more than 300hp.

Other details are scarce right now. MINI does note that the GP will have model-specific suspension, and previous GP cars had upgraded brakes and tires, and unique body changes. These are unlikely to be as aggressive as the 2017 concept, but expect a new splitter and diffuser at the very least. Not to mention vents for cooling the much more potent engine.

MINI
19 Comments Discuss this post in our forums...
Test Your Badge Knowledge With Our Car Logo Quiz