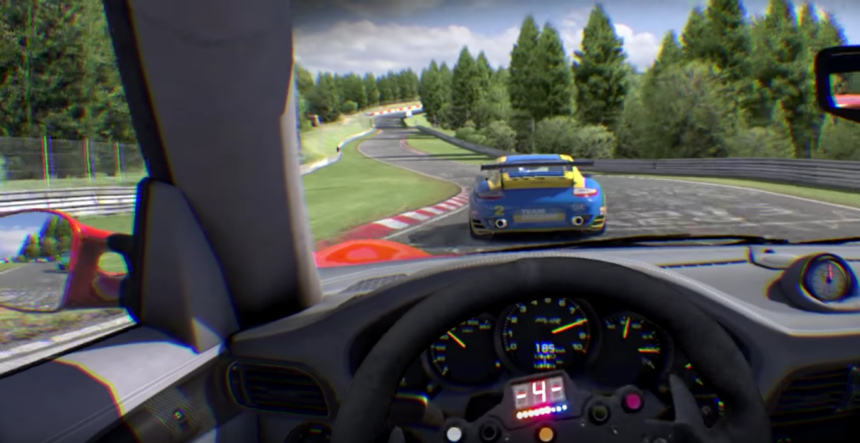 Marcel Pfister, creator of the popular Mixed Reality series of videos, has decided to run yet another session in the popular and distinctive racing simulator iRacing. The video once again demonstrates the ability of the Oculus Rift VR headset, an interesting accessory that in combination with green-screen technology allows for new levels of immersion in virtual racing.

Previously we were introduced to a nifty pack of RUF GT3 machines touring around iRacing’s incarnation of Laguna Seca, whereas this time the same pack of models will be testing the tarmac quality of the popular German behemoth Nurburgring Nordschleife. As opposed to the previous video, however, movements of the driver’s head inside the vehicle are more pronounced, allowing for a better feel of Oculus Rift’s utility and impact on the race.

As ever, swing by Marcel’s Youtube channel to catch all his videos.

iRacingMixed RealityNurburgring NordschleifeOculus Rift
The original comments for this post are no longer available.
F1 2020 Review: A Winning Formula