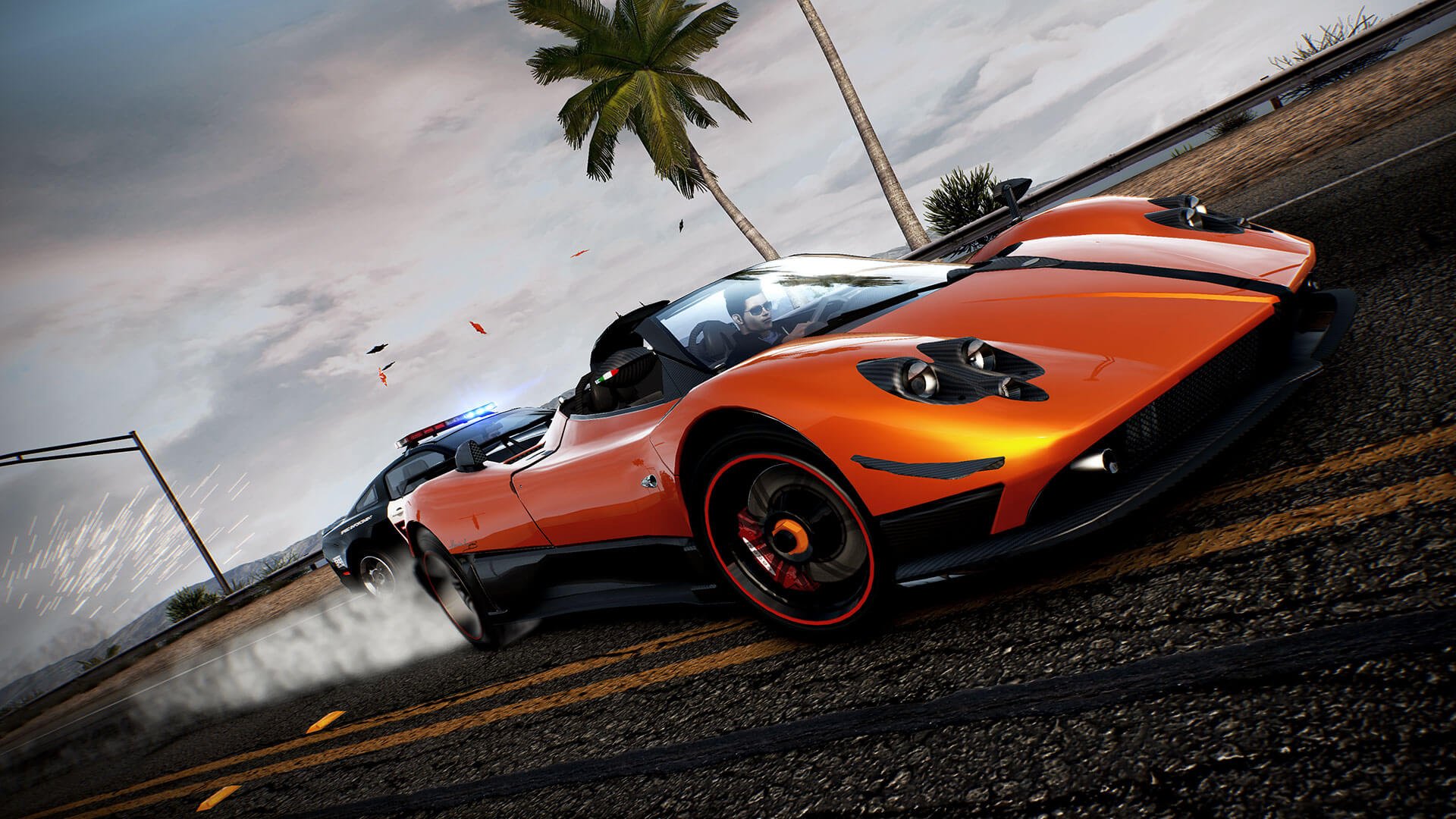 The 2010 issue of Hot Pursuit was effectively a series reboot, taking Need for Speed back to the days of the original PlayStation. That meant none of the vehicle customization, beyond color changes, that had become part of the series, but just a pure racers vs. cops experience. One minor departure from the original format was the game map — an open-world environment called Seacrest County, rather than a series of themed circuits based on standard gaming tropes.

In NFSHP you could play out a career as either a street racer or a cop for the Seacrest County PD. You’d either be trying to escape from the police, or trying to hunt down the racers, and though there wasn’t necessarily a true story to the game you could nonetheless progress down either career path — or indeed both. Cops and racers both had access to the same machinery, spread across five tiers, which made for some interesting sights. McLaren F1 Police Interceptor, anyone?

This all returns for the Remastered version unchanged. In addition, all the original post-launch DLC is included with the base game, with five DLC packs adding 30 more challenges and an additional six hours of gameplay. This includes the new mission types from the Armed and Dangerous Pack, and the six vehicles from the Lamborghini Untamed and Porsche Unleashed packs.

Of course the core of a remaster is updated graphics, and Stellar Entertainment — which also managed Burnout Paradise Remastered, also from Criterion — has brought in higher-resolution vehicle models appropriate to the name. There’s also a longer draw distance, more environmental objects, and higher resolution shadows.

All three consoles will be able to run NFSHPR in 1080p30, with the PS4 Pro and Xbox One X getting the option of 4K30 or 1080p60. The PC version will naturally support 4K60, while the Switch in undocked mode has to make do with 720p30 — though at least Nintendo players get the same game this time, rather than the weird Wii version.

Remastered also brings in cross-platform racing, which means more competition than before. That applies especially to the Autolog, Hot Pursuit’s in-game social media for speeding — a feature which plays a pretty major role in the initial marketing, as you’ll see from the clip below:

The title launches on November 6 for PlayStation 4 and Xbox One, and this is pretty close to the launch window for the next-generation consoles. At present there’s no word on whether there’ll be a dedicated, enhanced version for Xbox Series and PlayStation 5.

Andrew Evans · Oct 5, 2020· Comments
With just under a month until the early access for Need for Speed Unbound begins, EA has revealed the details of the special “Palace Edition” of the game which includes early access benefits.

Andrew Evans · Oct 5, 2020· Comments
A new blog post on the official Need for Speed Unbound site has gone into more detail on the car and character customization options, as well as the extent of the the vehicle performance upgrades in the game.

Andrew Evans · Oct 5, 2020· Comments
EA has released more information on Need for Speed Unbound ahead of its December 2 launch, this time detailing arguably one of the most important aspects of the game: car customization.

Andrew Evans · Oct 5, 2020· Comments
EA has published a new trailer for the upcoming Need for Speed Unbound showing off some gameplay footage for the first time and revealing a little more detail about “Tags”.

Andrew Evans · Oct 5, 2020· Comments
EA has officially revealed the next game in the venerable Need for Speed series, helping to confirm a fair bit of information that has been creeping out over the past couple of days.

Andrew Evans · Oct 5, 2020· Comments
After accidentally revealing the cover art and name for Need for Speed Unbound itself yesterday, EA has another leak on its hands as images and details on the next title in the NFS series have appeared on a retailer website.

Andrew Evans · Oct 5, 2020· Comments
The next game in the Need for Speed series will get its grand reveal premiere on October 6 and, thanks to a small slip-up, it looks like it’s going to be called “Need for Speed Unbound“.