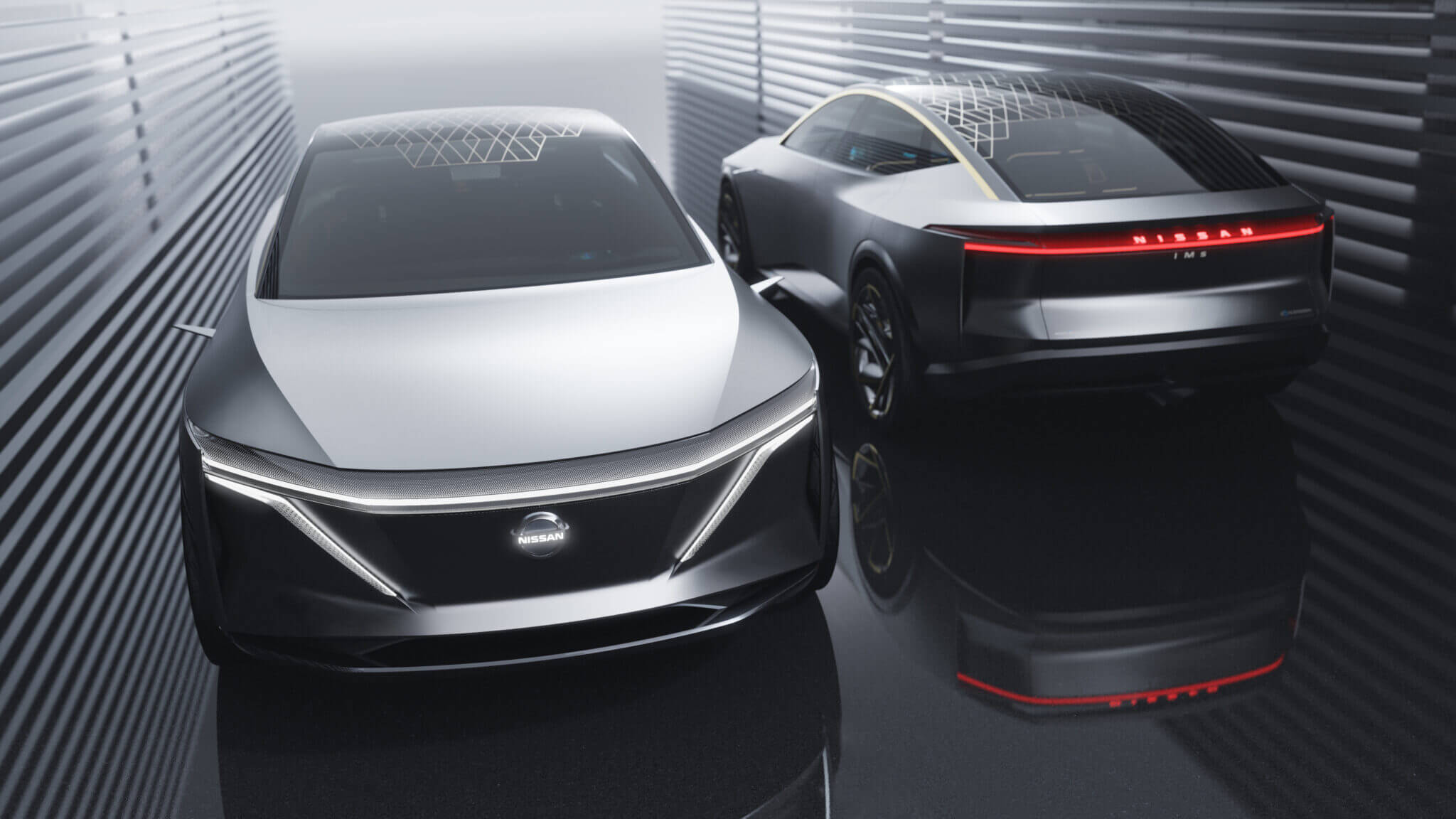 When is a crossover not a crossover? When it’s an “elevated sports sedan”, of course.

Nissan, perhaps the brand most able to call itself the creator of the crossover craze, has used the NAIAS show at Detroit to launch this new vehicle segment. It’s in-part a response to research that suggests car-buyers of the future aren’t as interested in crossovers. Two-thirds of Generation Z, the population cohort just now becoming adults, prefers sedans to SUVs, according to Nissan.

With this in mind, it has brought its all-electric IMs Concept to show off the idea. 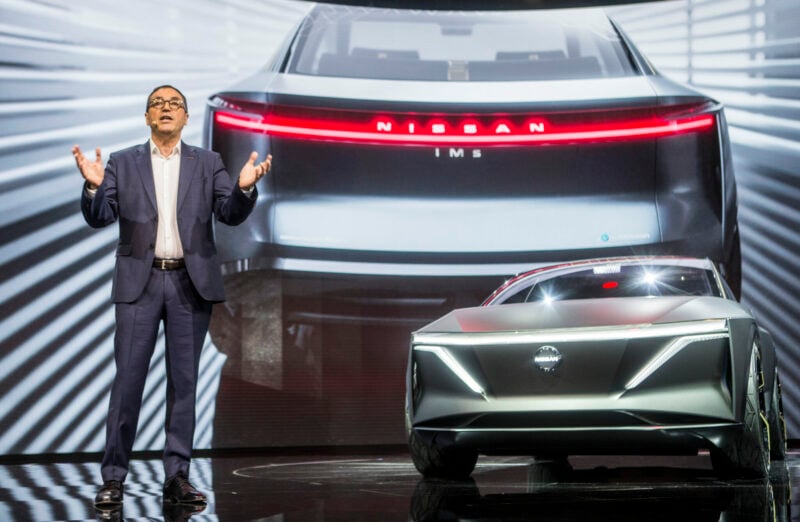 The IMs certainly fits the brief for all parts of the description. Although not especially high-riding, the large, 22-inch wheels certainly give it an elevated position. The squared-off body styling on the lower half of the car add to the illusion of height.

It’s certainly a four-door too, but the car’s B-pillars are only visible with the doors closed. With them open, thanks to the rear suicide doors, there’s no physical obstruction between front and rear, giving easy access to the whole interior.

For the sporty looks, Nissan is relying on an interpretation of its “V-motion” grille. Instead of surrounding the non-existent intakes with V-shaped chrome, the IMs uses LED lighting to achieve the same effect. 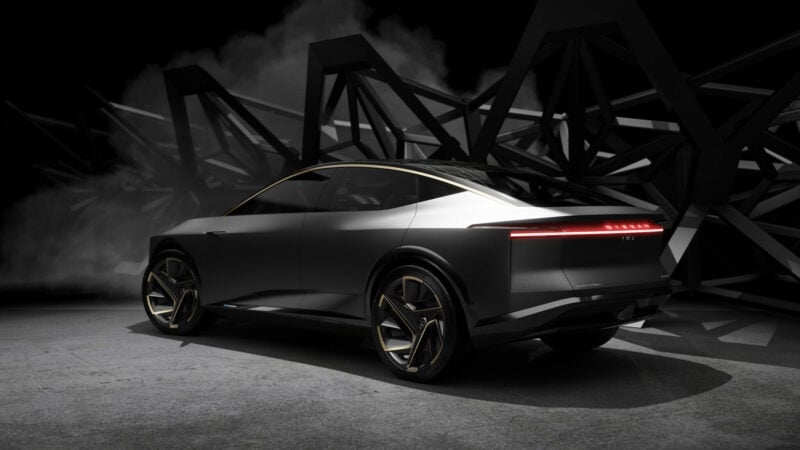 The IMs doesn’t just look sporty though. Its all-electric drivetrain consists of separate front and rear motors, producing a combined 483hp and 590lbft. That does, of course, mean it’s four-wheel drive. The 115kWh battery pack should provide a range of 380 miles on a single charge.

However, should you prefer to do it yourself, the IMs will also include the latest driver assistance tech like the Invisible-to-Visible system revealed at CES earlier in the month. 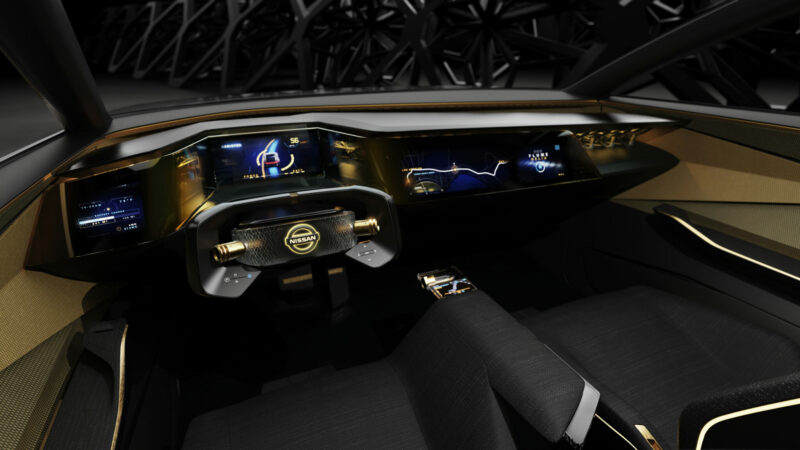 It’s in autonomous mode where the IMs’s other signature feature comes into its own. In normal operation, it’s a four-seat sedan. The rear outer seats can fold down though, to create a more luxurious space that Nissan calls the Premier Seat.

As there’s no need for the driver to sit in the driving seat in autonomous mode (at least when laws allow it), they can retire to the rear Premier Seat and enjoy a relaxing journey courtesy of their electronic chauffeur.

“This IMs concept is the latest example of how we envision the future of mobility as we head toward our goal of zero emissions and zero fatalities on the road. It is an advanced study in progressive proportions, which has resulted in a completely new type of elevated sports sedan. Combining a sleek and sexy exterior with a warm cavernous cabin, the IMs concept offers a fresh kind of driving experience, manually, autonomously and virtually.”