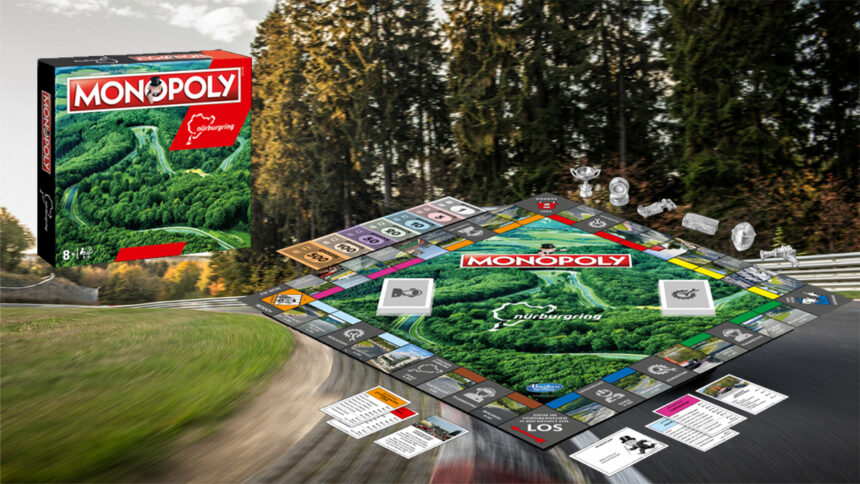 It’s almost a Christmas tradition now. In the family downtime during the holidays, someone busts out the board games and a perfectly civil evening becomes a blazing row over landing on a hotel or going to jail. Yes, it’s the Christmas Monopoly argument, during which marriages are broken and in-laws become outlaws.

Originally set around 28 streets and locations, in Atlantic City, New Jersey, there’s now myriad different versions of the home-wrecking board game. Perhaps the most famous internationally is the UK version from Waddingtons, with London locations, but it seems that for every event, place, and franchise there’s now a version of Monopoly. There’s Avengers Monopoly, Lord of the Rings Monopoly, NFL Monopoly — there’s more versions of Monopoly than there are corners on the Nurburgring Nordschleife.

Well, now there’s a version of Monopoly that is the corners on the Nurburgring Nordschleife, because of course there is. 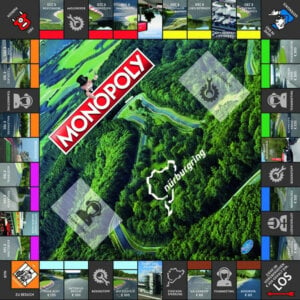 Nurburgring Monopoly features 26 iconic locations around the historic race venue. 22 of the track’s corners replace the game’s famous properties, from Bergwerk and Galgenkopf at the cheap end right up to the expensive set of Brunnchen and Karussell. That means that you can become the owner of some of the most legendary patches of asphalt in the world. Instead of houses and hotels, you can build grandstands and stadia on those sites.

Taking place of the four railway/railroad stations are the start/finish line, pit lane, and the tourist and Breidscheid entrances. Team Meeting and Pit Stop cards replace the Chance and Community Chest, and instead of the taxes you’ll find the circuit closed or even lose your license. And yes, you can still go to jail.

There’s eight playing pieces, obviously also Nurburgring-themed with a trophy, wheel gun, tires, and a helmet among them. Along with the regular dice, there’s also a “pace die”, which we assume grants a multiplier so you can move round the board faster.

If you fancy turning the Green Hell into your family hell, it’s available from the Nurburgring official shop right now, priced at €44.95 ($49.85, £37,83) before shipping.

ChristmasNurburgring
24 Comments Discuss this post in our forums...
Test Your Badge Knowledge With Our Car Logo Quiz