Sony has announced their next marquee event for the year: the 2015 PlayStation Experience, set to take place December 5th-6th at Moscone West in downtown San Francisco, CA. 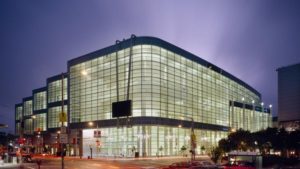 Unlike other industry events, the PS Experience is open to the public. It includes a major keynote from company executives and lots of hands-on time with upcoming games for the PS4.

At the first PlayStation Experience in 2014, Sony used the opening presentation to make several major game announcements for their most popular franchises, and this year’s event will likely be no exception…

“Early bird” tickets for both days of the show are available now for $60 until September 20th, or while supplies last. After that, single-day passes will be $45 and two-day passes will be $75. Check out the full announcement on the PlayStation Blog for all the details if you’re planning to attend.

Assuming the show follows a similar format to last year, the main keynote presentation will be live-streamed on PlayStation’s Twitch channel for everyone who can’t be there. Of course, no schedule has been announced yet, but stay tuned for more details as they’re released.

PlayStationPlayStation ExperienceSCEA
The original comments for this post are no longer available.
GT Sport Brake Light Quiz: Spot the Car from Just the Brake Lights

Esports 48 May 24 by Andrew Evans
There’s been a few controversial incidents in this year’s esports extravaganza. We’ve seen drivers crashing other drivers, rage quits, and even racism from the pro drivers. This week’s talking point…