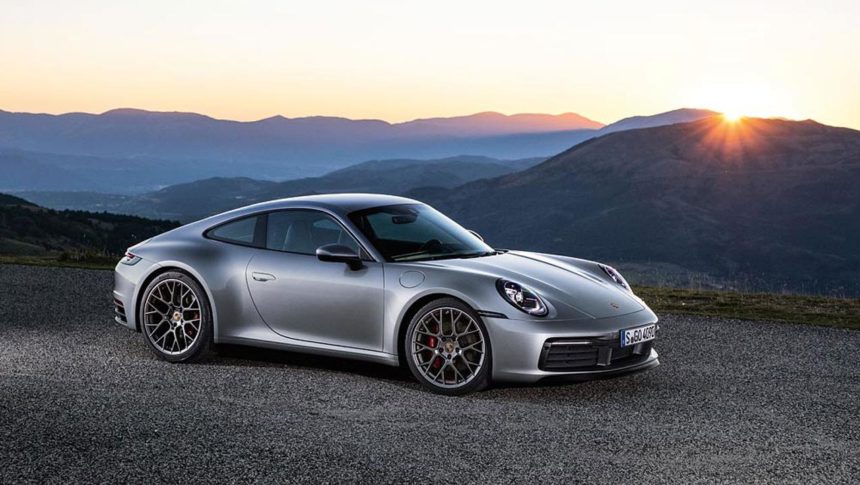 Before the Los Angeles Auto Show kicks off in earnest this week, Porsche has just concluded its own event. There, it took the wraps off the eighth-generation 911.

The 992-era sports car doesn’t tear up the rule book, instead continuing to evolve the recipe Ferry Porsche concocted way back in 1963. It remains rear-engined, and there’s no surprises about what’s hiding in the tail either. It’s a version of the existing 3.0-liter turbo flat-six that first appeared in the facelifted 991. Here, in 911 S guise, it makes 450 (Metric) ponies, or otherwise the same as the higher-spec GTS models did last generation. In C4S guise, with the Sport Chrono package, the new 911 will snap off 60mph sprints in 3.4 seconds, and run all the way to 191mph.

All that power funnels through an eight-speed PDK dual-clutch transmission. Manual fans, don’t despair: Porsche hasn’t abandoned the shifter, but row-your-own cars won’t arrive until later. The manual will remain the 7-speed unit found in the current car (like the Carrera T we tested last summer). At launch, drivers will be able to explore the gearbox via the paddle shifters, or the centrally-mounted, vaguely key-fob-shaped selector. 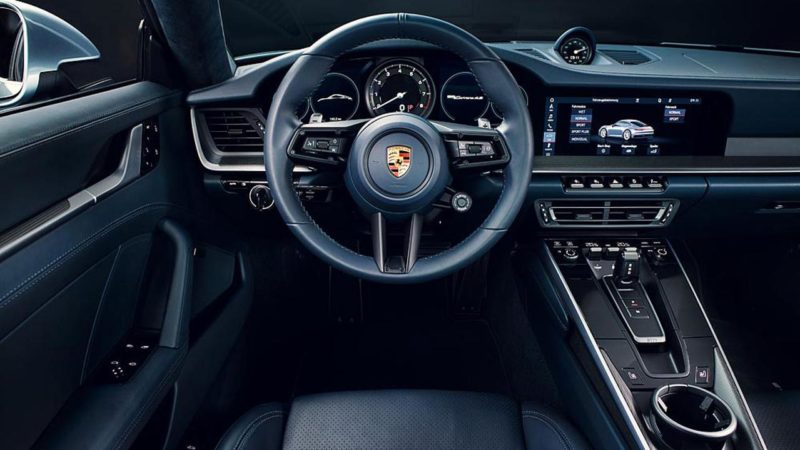 The interior is arguably the biggest change over the existing car. Porsche claims the ’70s era cars were the inspiration here, and it’s easy to see how. The deeply recessed dashboard design stresses horizontal lines. One expected concession to the modern world is the touch screen, which is a substantial 10.9-inch unit.

Porsche has included a new Wet driving mode within the 992. This mode detects water on the road and then warns the driver, who in turn can then change the car’s setup for increased safety in the wet. There’s also an emergency brake assist, a first in the 911. Another first is Night Vision Assist, which is optional.

Moving outside, the new 911 has grown by slightly less than an inch in length and is practically the same height as the 991. The front bumper has a cleaner, rectangular lower portion, which is mirrored in the negative space of the rear unit. Out back the taillights are the biggest change from what’s come before, with thin LEDs looking more like those of the Panamera. 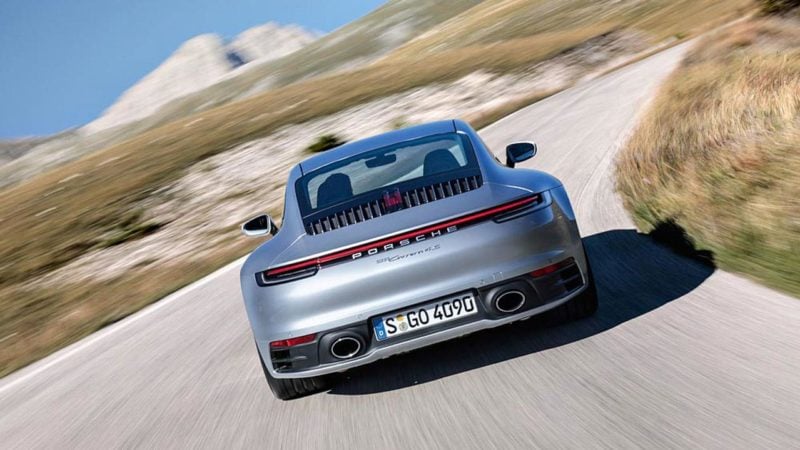 Other than the bumpers, the entire body is now aluminum. There’s only the one size too: previous generations had slightly wider rear hips for the Carrera 4 models. That is no longer. In a model first, the wheels are also different sizes, with 20-inch items up front and 21-inchers on the rear.

Porsche took the opportunity to reveal some new apps alongside the 911 too. Porsche Road Trip has us the most interested, as it doesn’t even require Porsche ownership. As the company tells it, PRT will allow auto enthusiasts to share and organize their own epic drives.

Next up is Porsche 360+. The press release states it’s “a personal lifestyle assistant that is available to customers around the clock.” Okay then. Lastly there’s Porsche Impact, which is an emissions calculator that connects interested Porsche customers with internationally certified climate projects to pay to offset their CO2 usage.

Of course, this is just the tip of the iceberg. The current 911 has 23 variants, so it will only be a matter of time before we see more, from cruise-friendly cabriolets to the hardcore GT3. Porsche hasn’t announced pricing or dealer availability yet, but we expect it being some time around Spring 2019.

PorschePorsche 911
633 Comments Discuss this post in our forums...
Test Your Badge Knowledge With Our Car Logo Quiz