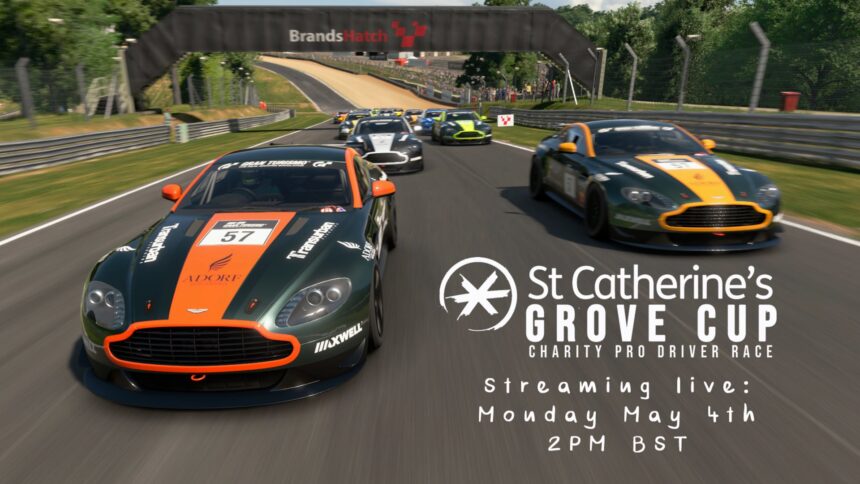 Professional drivers from various disciplines of motorsport will take to Gran Turismo Sport on Monday, May 4, for a live-streamed charity event.

The driver roster includes some big names from the world of GT and prototype racing. Among those signed up to compete are Oliver Webb, Alex Brundle, and Adam Christodolou. Other drivers include David Perel and 2015 GT Academy winner Matt Simmons, who both mix professional motorsport with the world of GT Sport.

This event will raise funds for St. Catherine’s School in Ventnor, on the Isle of Wight. The school works with young people — both students and community members — with learning and communication difficulties.

Adam Weller, a GTPlanet member under the name adam46 and a former student of St. Catherine’s, has organized the event and will live stream proceedings on his Twitch channel. Weller, who now works as a motorsport commentator in the UK and Europe, said:

“Given the current global situation, I thought it would be great to put together something that would benefit a cause near and dear to me, with the help of some great drivers!

“I was a student at St. Catherine’s for four years, and without the skills passed on to me there, I don’t think I’d be able to do my dream job. This time of year would surely be the peak of fundraising for St. Catherine’s ordinarily, so I am very keen to do something to help as best I can in these times.”

The drivers will take part in two races at the wheel of the Aston Martin Vantage Gr.4 car. First up will be a 12-lap encounter at the Brands Hatch Grand Prix circuit. Following that there will be a reverse-grid second race, taking place on a track of the drivers’ choosing.

You can contribute to the fundraising efforts for St. Catherine’s here: https://www.justgiving.com/fundraising/grove-cup-st-catherines

Site Announcements 133 Jan 26 by Jordan Greer
As a 14-year-old, I was fascinated by the internet and wanted to create a website for my favorite video game: Gran Turismo 2. Today, that little website is now 20…