Microsoft’s souped-up Xbox One was last discussed at the beginning of the year, with a focus on the machine’s 4K capabilities. The Redmond software giant is likely to remain tight-lipped on the upcoming refresh until this year’s E3, but in the mean time some interesting news has surfaced that not only further confirms the machine’s 4K capabilities, but a revised design choice that’s sure to please many.

According to sources at Windows Central, Project Scorpio will house an internal power supply, much like the slimmed-down One S. Yep, the “power brick” is thankfully a thing of the past now. As should be expected, the result will be a more compact design that won’t eat up anymore space than necessary — a fitting change for the refined console.

Full 4K resolution has been the goalpost of Scorpio since being announced at E3 last year, and Microsoft appears steadfast in presenting the console as supporting “true” 4K with confirmed support of HEVC and PV9 video codecs for decoding native 4K streams from the likes of Netflix. HEVC, or High Efficiency Video Coding will also be utilized for encoding 2160p, 60 FPS video for streaming and Game DVR. 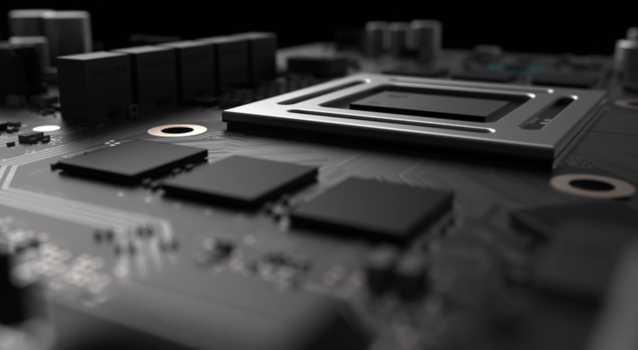 Launched in January 2016, Microsoft’s Beam live-streaming service looks to play a pivotal role, and has been showcasing public 4K streaming tests for some time now. As a result, PC gamers won’t be the only bunch benefiting from the overhead.

Project Scorpio’s Game DVR will allow players to record video clips and stream at 4K resolution at 60 frames-per-second, a massive bump in quality over the 720p and 60 FPS of the current Xbox One.

While nothing has been confirmed yet, it may be safe to assume that the refined platform will also support 4K Blu-ray playback as a one-up on the PlayStation 4 Pro. One thing is for certain, the revised Xbox is looking more impressive the more we learn about it.

For the original news be sure to stop by Windows Central, and stay tuned to GTPlanet for more on Project Scorpio as it becomes available.

4K ResolutionProject ScorpioXbox
19 Comments Discuss this post in our forums...
Test Your Badge Knowledge With Our Car Logo Quiz

F1 2021 21 Apr 15 by Andrew Evans
Codemasters has today announced the official game of the 2021 Formula One World Championship, F1 2021. The first F1 title under Codemasters’ new EA ownership naturally follows on from its…

Gran Turismo Sport 3851 Apr 14 by Andrew Evans
With a week to go until the racing action gets underway, Polyphony Digital has announced the full schedule for the first round of this season’s FIA Gran Turismo Online Championship.…