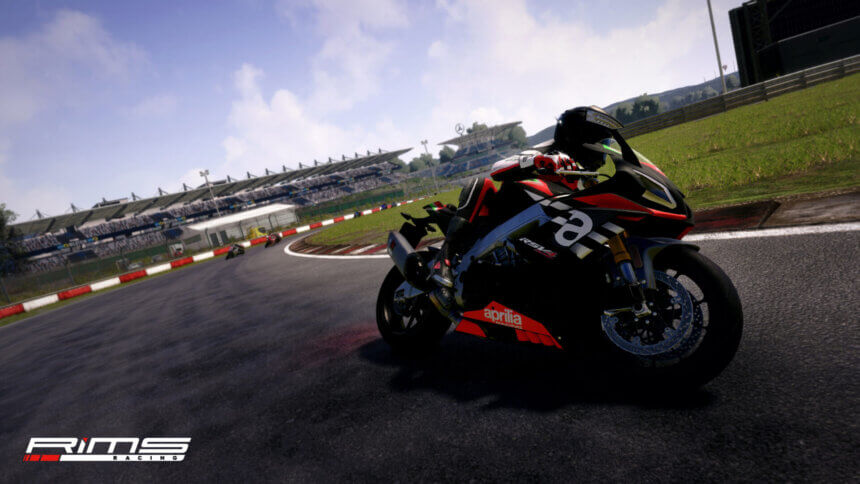 Raceward Studio has unveiled the first gameplay video and images of motorbike racing game RiMS Racing. The title, revealed in April, brings together eight of the most powerful motorbikes in the world, giving players the challenge of keeping these 200hp+ machines under control.

While we did get to see two of the bikes — the Ducati Panigale V4 R and the MV Agusta F4 RC — during the initial reveal trailer, it was all CGI footage and stills. Today’s new video reveals how the game actually looks in gameplay conditions, albeit still at a development stage.

The star of the clip is the Aprilia RSV4 1100 Factory. It’s Aprilia’s most powerful motorbike ever, with 214hp at 11,000rpm from its 1.1-liter V4 engine, and RSV4 models have captured three riders’ and four manufacturers’ championships in World Superbike.

In addition to the bike, the clip features two of the game’s locations. There’s the Nurburgring Grand Prix circuit and a section of Norway’s stunning Atlantic Road.

They’re part of a track roster than includes ten racetracks — with Silverstone, Laguna Seca, Suzuka, and Paul Ricard already announced — and five public roads in the USA, Spain, Italy, and Australia, in addition to Norway. That means you’ll be able to take on the challenge of road racing as well as circuit action.

Players can upgrade their motorbikes and replace every element from a list of over 500 official components. This includes everything from tires to engine oils, and all points in-between. A “Motorbike Status Check” function provides a real-time analysis of the bike’s performance, so you can see the effect of each of your changes. There’s also 200 official equipment items for your rider avatar too.

RiMS Racing will be available on August 19, on PlayStation 4/5, Xbox One/Series, PC through Epic and Steam, and Nintendo Switch.

RiMS Racing
8 Comments Discuss this post in our forums...
Test Your Badge Knowledge With Our Car Logo Quiz

Forza Series 9 Jun 13 by Andrew Evans
Microsoft has officially announced Forza Horizon 5, and at the same time confirmed both its setting and launch date. As expected, the Horizon Festival will move across the Atlantic to…

Gran Turismo 7 101 Jun 11 by Andrew Evans
It’s hard to believe, but it’s now a full calendar year since Sony opened up its Future of Gaming event with the full reveal of Gran Turismo 7. With 12…