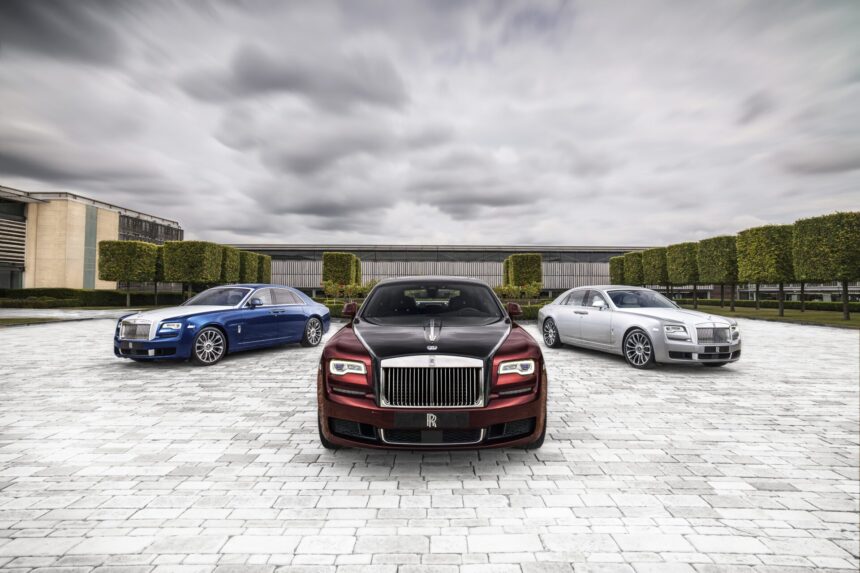 There’s nothing quite so luxurious as exclusivity. Owning something that is literally one of a kind is the ultimate expression of status and wealth. When it comes to cars, there’s rarely anything in the modern world that’s truly a one-off, and that’s why the Rolls-Royce Bespoke Collective exists.

This specialist team based at Rolls-Royce’s home base in Goodwood takes a ‘regular’ Rolls-Royce car and turns it into a singular piece of automotive art. Almost every single car Rolls-Royce produces passes through the Bespoke Collective’s hands, and with 5,152 cars leaving Goodwood last year 2019 was a record-breaker.

With so much additional craftwork to show off– from embroidery to metalwork, custom paints and paintwork to unique materials — Rolls-Royce has created a highlights pack of some of the commissions and creations from 2019.

The Dawn Aero Cowling, commissioned by a customer in Japan, celebrates the city of Yokohama. You can clearly see the intent is a car that resembles a luxury yacht or powerboat, with open-pore teak panels on the rear deck. The blue and white paint and leather combinations reflect the sea in Yokohama Bay and the sails of the boats that navigate it.

Hitting slightly closer to home is the Rose Phantom. This car features over a million embroidered stitches to create a theme inspired by the Phantom Rose — a rose that only grows in the courtyard at Rolls-Royce’s headquarters. That’s matched to the starlight headliner which, instead of points of light representing the heavens, shows a floral scene mixed with butterflies.

The Arabian Gulf Phantom meanwhile features silk and mother-of-pearl. With a turquoise (or rather Turchese, as Rolls-Royce terms it) exterior resembling the waters of the Gulf, the Phantom adds nacre marquetry and embroidered nautilus designs throughout. The gallery — that’s the bit of the dashboard in front of the passenger — features a sculpted silk applique by British artist Helen Amy Murray.

Rolls-Royce also puts together some custom collections — although you can obviously adjust them to suit. The Wraith Eagle VIII is one such example, with a run of 50 cars celebrating the 100th anniversary of the first ever non-stop Transatlantic flight. Marking this achievement by John Alcock and Arthur Brown, the Wraith’s starlight headliner shows the night-time sky during their flight, with constellations and their flight path embroidered in brass thread.

The Pastel Collection, as seen at Pebble Beach, took inspiration from the rebirth of wildflowers on the Monterey Peninsula after years of drought and wildfires. Three cars — a light green Ghost, a coral Dawn, and a yellow Wraith — celebrate the ‘super-bloom’ in the Californian valleys.

Another 50-car collection is the Ghost Zenith. This features designs and art celebrating the 200EX concept car which essentially previewed the Ghost model line back in 2008. Along with myriad nods to the 200EX, each car also features a small, engraved commemorative ingot made from the Spirit of Ecstasy from the 200EX show car.

The images serve as a reminder that Rolls-Royce is the world leader in bespoke luxury cars for a reason. If you want a giant, 250,000-stitch embroidered Peregrine Falcon, a digitized version of your DNA in 24-carat gold, or have your audio system volume control made out of actual meteorite, Rolls-Royce will cater for your tastes. You can find pictures of all of these, and more, below. Even the meteorite one.

If you hit the lottery jackpot in 2020 and want a totally unique car, now you know who to call…