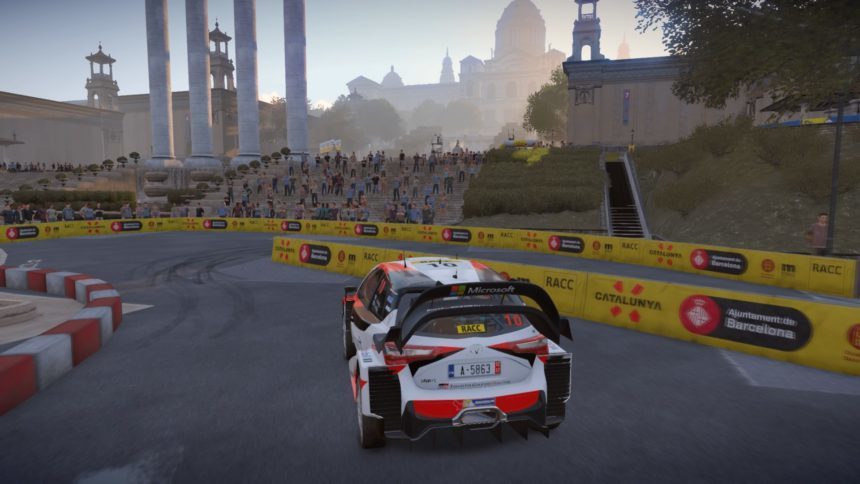 Round 5 of The WRC Esports Championship is Now Live

The latest round of the WRC Esports Championship is now live. Following the previous round’s trip to Mexico, we’re back in Europe this time around. Players will face off against the best Spain has to offer.

The Spanish rally is a bit of a change of pace compared to the other stages to this point. A unique special stage takes place in a city center and the Epic Stage is of course pretty great too. 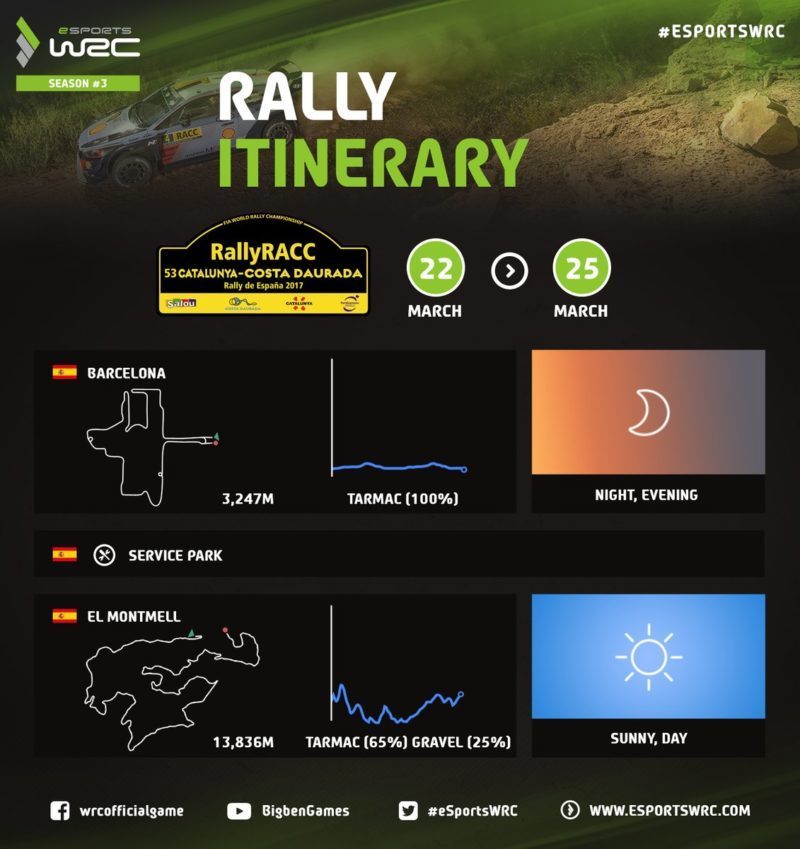 Our first stage takes place in one of Spain’s greatest cities — Barcelona. This city circuit is one of the most original challenges on the WRC track roster. Drivers will e-brake around fountains, city halls and even stacks of hay during the run.

Whilst there are plenty of 90-degree turns to navigate, it’s the sections that involve donuting around the hay that is are the real challenges. It’s not very often you see a sprinkling of gymkhana on the real rally scene.

After a brief service stop, El Montmell is a 13.84 mile Epic Stage with plenty of challenge. Set throughout the province of Tarragona, the stage is a fast-paced ride through the Catalonia countryside. The surface is mostly tarmac but keep an eye out for the gravel sections too. Conditions will be perfect with a blistering sun in the sky. No torrid weather to worry about this time around.

Round five starts today and comes to a close at midnight GMT March 25. Players get five attempts to put in their fastest time, with the best overall combined time being listed on the final leaderboard.

If you want to compete, you can find the event straight from the main menu under the “Challenge” option. Results and championship standings will be updated on March 26 and shared on the various WRC game social media channels.

Hardware 94 Aug 5 by Andrew Evans
Right on cue, Logitech has revealed its new console and PC racing wheel, which it calls the G923. As you might expect from the name, and from the image above,…

Hardware 94 Aug 4 by Andrew Evans
Although we heard some good news yesterday that the PlayStation 5 would continue to support PlayStation 4 racing wheels, it looks like Logitech has something else up its sleeve. The…

Project CARS 3 136 Aug 3 by Andrew Evans
It’s only a few short weeks until Project CARS 3 is with us and, right on cue, Slightly Mad Studios has revealed more about the car and track content coming…

Hardware 58 Aug 3 by Andrew Evans
Sony Interactive Entertainment (SIE) has officially confirmed that third-party peripherals licensed for PlayStation 4 will continue to work on PlayStation 5. The statement will come as great news to those…

Gran Turismo Sport 637 Aug 3 by Andrew Evans
Given the speed at which 2020 has been passing, it might be hard to believe that it’s the 31st Monday of the year. Nevertheless, a new Monday means a new…