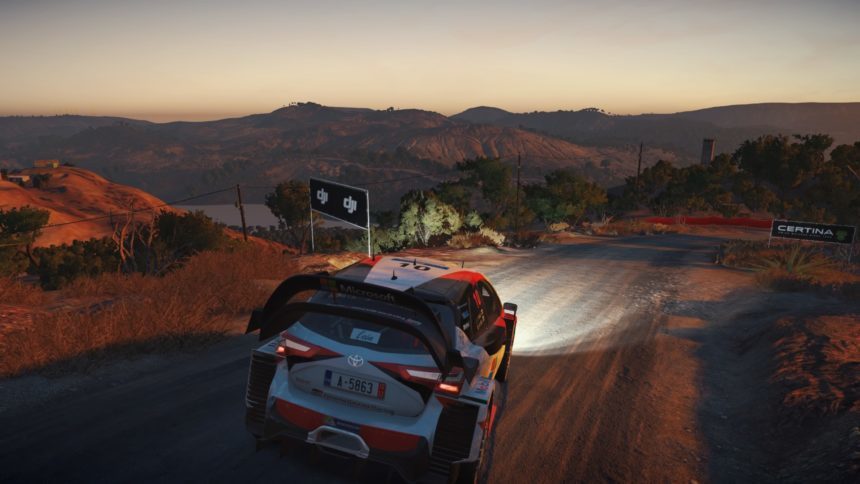 WRC Esports Championship Round 4 Recap: Breaching The Top 100 at Mexico

After three events in Europe, focus in the WRC Esports Championship has shifted to North America. Here lies one of the WRC calendar’s toughest challenges in the form of the Rally Guanajuato Mexico. This speedy yet punishing round would require full concentration, especially in the fantastic Epic Stage that awaited.

Taking place at the Autódromo de León motorsport venue, stage one is a decent challenge. It may be small in size but the WRC organizers have packed a tight course for competitors to deal with. The speedy straights are usually complemented with tight hairpins or near-90 degree turns to bring you to a halt.

My run on the track was fairly standard. I paid for an over-reliance on the handbrake but all things considered I put in a reasonable time. I probably lost the most time towards the end of the stage, smashing a wall during a tight S-section before the final straight.

I’ve already discussed in some detail what makes WRC 7‘s Epic Stages so good. The physical representation of that for me can be considered El Chocolate. It’s a whirlwind all-hands-on-deck rally stage that throws everything at a driver. Tight roads, cliff sides, bumpy ground and a speedy gravel surface all make it truly wonderful. The intimidation the track holds even pushed me into some poor mistakes early on. When I settled down though, I put in one of my best performances yet.

It’s important to note though that this doesn’t mean a flawless drive. Far from it, actually. The truth is that on this type of stage only the greatest among us can put in a run with no errors. Still though, my performance here helped me rocket up the rankings.

The reason El Chocolate is so enjoyable to drive is a combination of the technical challenge and its scenery. Whilst WRC 7‘s graphics might not be the best, it doesn’t stop the vistas throughout the track from being stunning. The landscape appears to extend out almost indefinitely as you take in an intense evening sun. Part of me wanted to stop and admire the venue but that’s probably not the way you’re supposed to compete in these Esports tournament. By the time the finishing line arrived, I was confident that I had a shot at finally breaching the top 200 on the leaderboard.

My hunch was correct because Mexico would prove my best showing so far in the tournament. I didn’t just break into the top 200 though, as my Epic Stage performance secured 99th. Given the (expected at this point) performance during the Super Special Stage this was a very good result. I gave El Chocolate my all and in return, I hit double digits. According to WRC 7 though, this still only awards a bronze badge — the same I got for all three of my other rounds. A bit disappointing but still, an excuse to now look towards the top 50.

The final results for round 4 can be viewed right here.

Fancy giving the championship a go? Check out our review of WRC 7 to see our full impressions.

Gaming 135 Jun 1 by Andrew Evans
Update: As of June 1, Sony has postponed the June 4 event. It issued a statement on social media to explain the decision, which strongly suggests the company is responding…

WRC Series 42 Jun 1 by Andrew Evans
British game developer and publisher Codemasters has picked up the official WRC license, and will develop titles in the series from 2023. The initial five-year deal gives Codemasters two different…

Gran Turismo Sport 2326 Jun 1 by Andrew Evans
The second stage of GT Sport’s radically altered 2020 FIA Online Championship gets underway this week, with another block of ten races in each of the two series. Normally, each…

Gran Turismo Sport 328 Jun 1 by Andrew Evans
The calendar has clicked over to June, and coincidentally it marks the start of another new week. That means there’s a new set of three GT Sport Daily Races to…