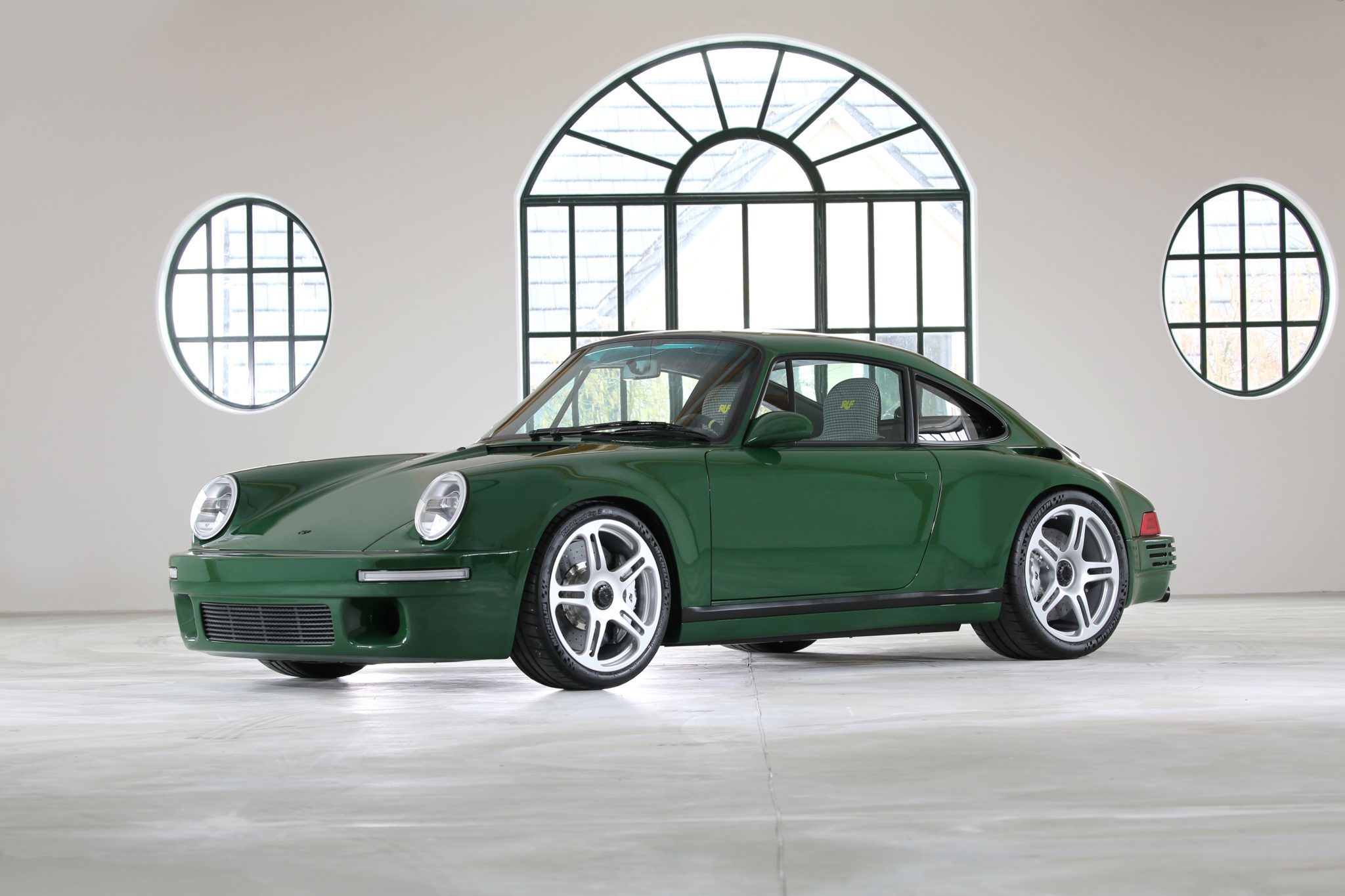 Although a new Porsche is exciting, seeing the house of RUF work its magic is just as fun. Thankfully then, the German manufacturer has revealed its latest piece of work — the revival of the RUF SCR.

Sporting the iconic retro body we all know and love, the new SCR is a beautiful machine. Packing 510hp under the rear hood, it is noticeably more powerful than the original SCR, which had 217hp. The six-cylinder, boxer-engine sports car is also lightweight, coming in on the scales at 2755lb. Technical stats are impressive but let’s not kid ourselves, the real star of the show is how it looks.

Compared to the ultra-refined modern car design we see so often, the SCR is a breath of fresh air. Featuring all the curves of the Porsche it takes its inspiration from, the SCR is striking.

To call it a homage would be understating the work that has went into this vehicle though. RUF has crafted the car with a carbon fiber monocoque chassis and carbon fiber body, both of which contribute to that low curb weight. The elegant nature of the car doesn’t impact performance, which will be music to the ears of motorheads everywhere.

There are a lot of ambitious cars being announced at the 2018 Geneva Motor Show but RUF’s SCR is a testament to tried and tested car design. The German manufacturer refers to the vehicle as a “gentleman driver’s sports car” in its press release and that sums up what makes it so special. In an automotive world obsessed with making the most of technical developments, the SCR is a tribute to how we got here in the first place.

Now, if only we could afford one…

Andrew Evans · Mar 6, 2018· Comments
Gran Turismo series partner Toyota has revealed a special, limited edition version of its Toyota Yaris hatchback, which not only bears the Gran Turismo 7 name but comes with a free copy of the game and a PlayStation 5 console.

Andrew Evans · Mar 6, 2018· Comments
After it surprisingly revealed a new car at the Consumer Electronics Show (CES) in 2020, Sony has taken the covers off a second model at this year’s show — and it looks like it might be planning to build them.

Andrew Evans · Mar 6, 2018· Comments
Porsche has officially taken the covers off its Vision Gran Turismo car, designed specifically for Gran Turismo 7 when it launches on March 4.

Andrew Evans · Mar 6, 2018· Comments
MG’s specialist design center, SAIC Design in London, has created a new concept car that’s not only inspired by gaming, but a games room itself.

Michael Leary · Mar 6, 2018· 13 Comments
Although Lamborghini has now officially pulled the wraps off its latest nostalgia project, the Countach LPI 800-4, you’re already too late to buy one.

Andrew Evans · Mar 6, 2018· 21 Comments
Genesis has unveiled a trio of new racing car concepts designed in collaboration with Gran Turismo, destined to take their places in the racing game series in the near future.

Andrew Evans · Mar 6, 2018· Comments
Nissan has taken the covers off the latest model of its flagship performance car, the GT-R Nismo, ahead of its market launch later this year.