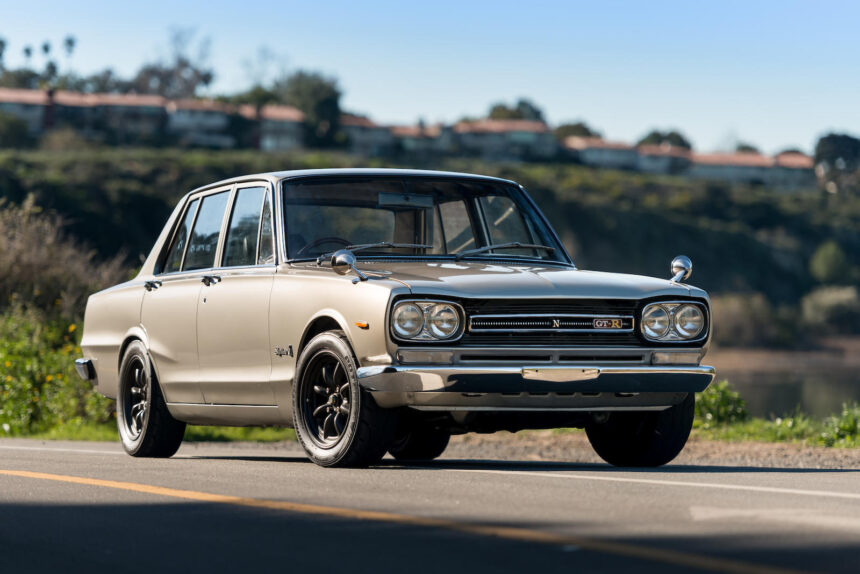 What car embodies the spirit of Gran Turismo? For many of us, it’s the Nissan Skyline GT-R. That’s why for this week’s Want, we are taking a look at where the legend itself got its start.

The story of the Skyline… line starts back in 1957. Back then the Skyline wasn’t a Nissan, but rather a model from the Prince Motor Company. It used a small 1.5-liter four-pot and wasn’t exactly spritely with just 68hp to push it along.

This changed in 1964 when Prince introduced the Skyline GT, a predecessor to the GT-R. This new sporty trim used a 2.0-liter inline six with three Weber carbs. This bumped the output to a respectable 123hp and made it a real competitor on the track.

In 1966, Nissan and Prince merged. Two years late in 1968, the C10 made its debut making it the first Nissan branded Skyline. Still running the same 1.5-liter engine from Prince, it also offered a 1.8-liter, 105hp inline-four as well. Neither engine really gave the Skyline a sporty pedigree though. 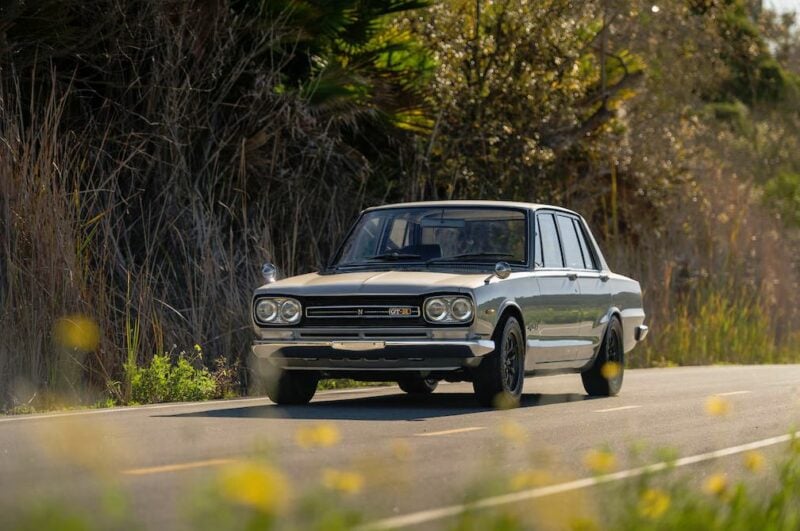 However, this changed at the 1969 Tokyo Auto Show. There, Nissan gave the world its first glimpse at the Skyline GT-R.

While still a sedan, it was a proper sports car underneath. Running a 2.0-liter inline-six, it packed 160 ponies and 133lbft of torque. While it’s nothing compared to the 600hp beast that is the modern-day Nismo GT-R, it was still pretty impressive for the time.

The ‘69 GT-R also took the track quite well too. Racing in various Japanese touring car series, it racked up the wins with 52 coming in its first three years of competition.

Today, the original GT-R still has a huge following and several fans. It’s even earned the nickname Hakosuka, with Hako (ハコ) meaning “box” and suka（スカ) being short for Sukairain (スカイライン), the Japanese word for Skyline. While “Box Skyline” doesn’t have the same ring as “Godzilla” any car with an enduring nickname is cool. 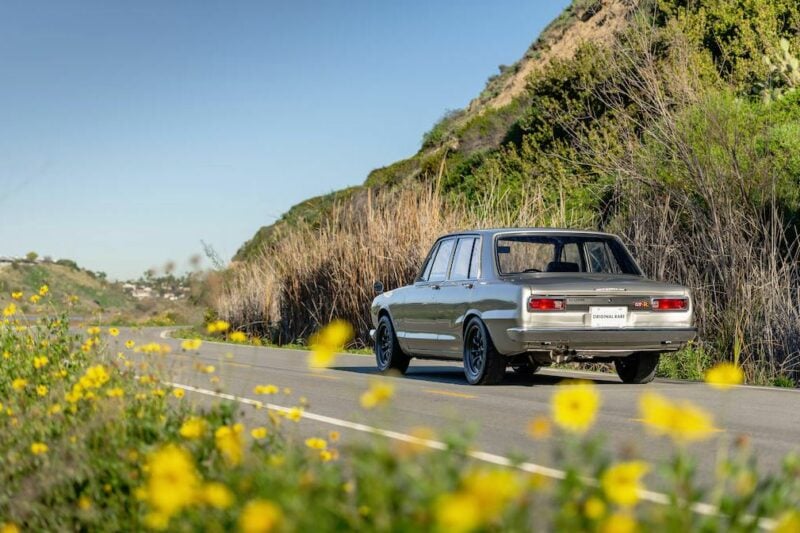 Due to the huge following of these cars, it’s not often one comes up for sale, especially in the US. However, Bonhams is offering up a 1969 Skyline GT-R at the upcoming Amelia Island Auction in Fernandina Beach, Florida.

The car offered up is one of the original sedan variations and is incredibly rare. According to the listing, it’s just one of 832 cars left in existence.

The GT-R is not 100% original though and does have a few modifications. Per the listing, the engine has racing cams, racing manifold, upgraded exhaust, triple 45mm Weber carbs, and an aluminum radiator. On the outside, it makes use of the classic 15 inch Watanabe magnesium wheels and a rear view mirror off a factory works GT-R.

We know if you gave us the choice between the two, we’d have the Hakosuka all day long.