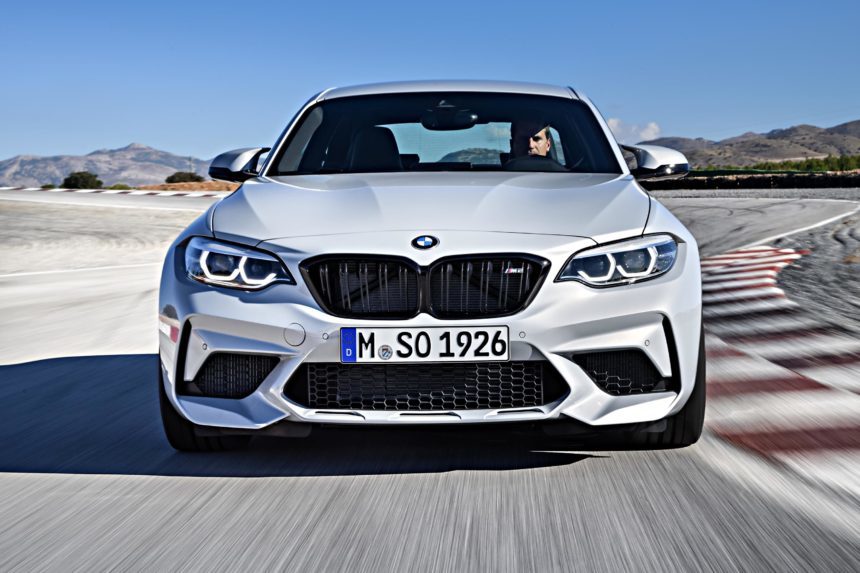 The BMW M2 is Dead: Long Live the M2 Competition

If you loved the BMW M2, we’ve got some bad news for you: BMW has killed it off. There’s some good news too though, as BMW is replacing it with a “complete reworking” of the model, that it calls the M2 Competition.

Coming in May 2018, the Competition ushers the old M2 gently out the door, with a number of changes intended to make it better than ever.

First things first, BMW has ditched the M2’s old single-turbo straight six. Replacing it in the engine bay is a detuned version of the M4’s twin-turbo unit. This is worth 404hp, a 40hp hike over the old engine. Torque is also up, by 37lbft to 406lbft. 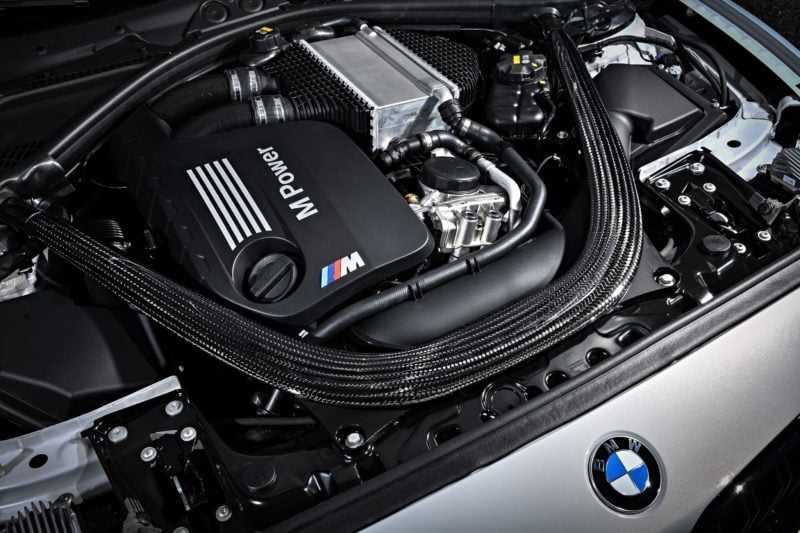 Naturally, this enhances the M2 Competition’s ability to get a move on. 60mph comes up in 4.2s with the standard six-speed manual, or a flat four seconds with the twin-clutch auto.

With the extra performance comes some extra running costs. On-paper fuel economy is down more than 15%, from 33.2mpg to 28.5mpg for the manual models. That’s probably not helped by the extra weight; the M4’s engine requires a bit more cooling, so the Competition ends up over 120lb heavier than the M2.

While much of the suspension is unchanged, BMW has taken some further steps to stiffen everything up. Under the hood is an ornate carbonfiber strut brace, while the rear suspension uses ball joints rather than bushings. 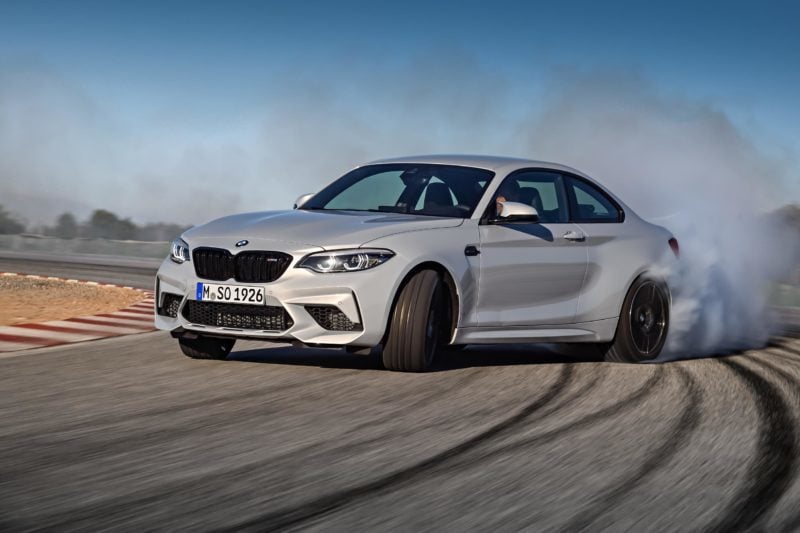 To get more cooling air to the engine, BMW has redesigned the front end. There’s larger air intakes either side of a new lower grille, and the traditional kidney gets ever wider. BMW frames the kidneys with a black surround, which repeats on the edges of the body glass.

A six-into-two exhaust system exits in the M2’s characteristic pair of twin tailpipes. The exhaust contains electronically-controlled flaps — which the driver can set (and will set, to “loud”) — to enhance the sound. 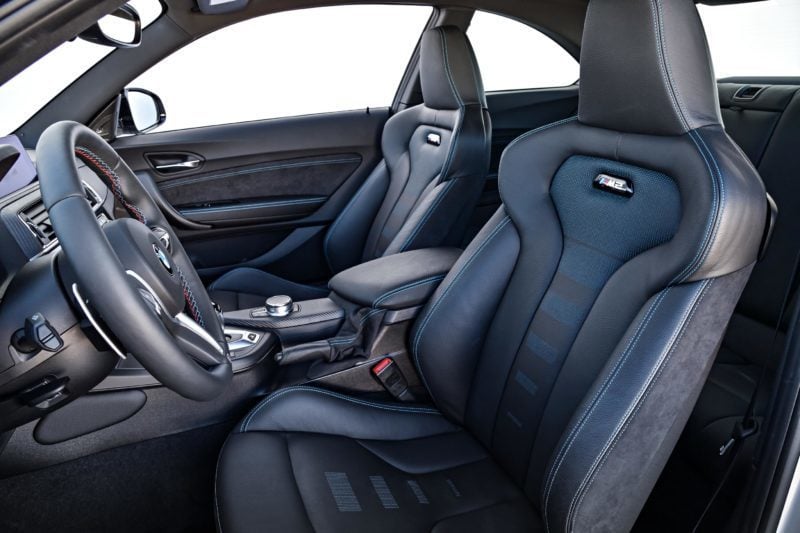 It’s typical M-fare on the inside. A new M Sport is available in black perforated leather, with either blue or orange highlights. They feature integrated headrests, with an illuminated M2 logo between your shoulder blades. In fact you can expect M2 Competition logos everywhere, including the kickplates and even the instrument cluster.

BMW
10 Comments Discuss this post in our forums...
F1 2020 Review: A Winning Formula