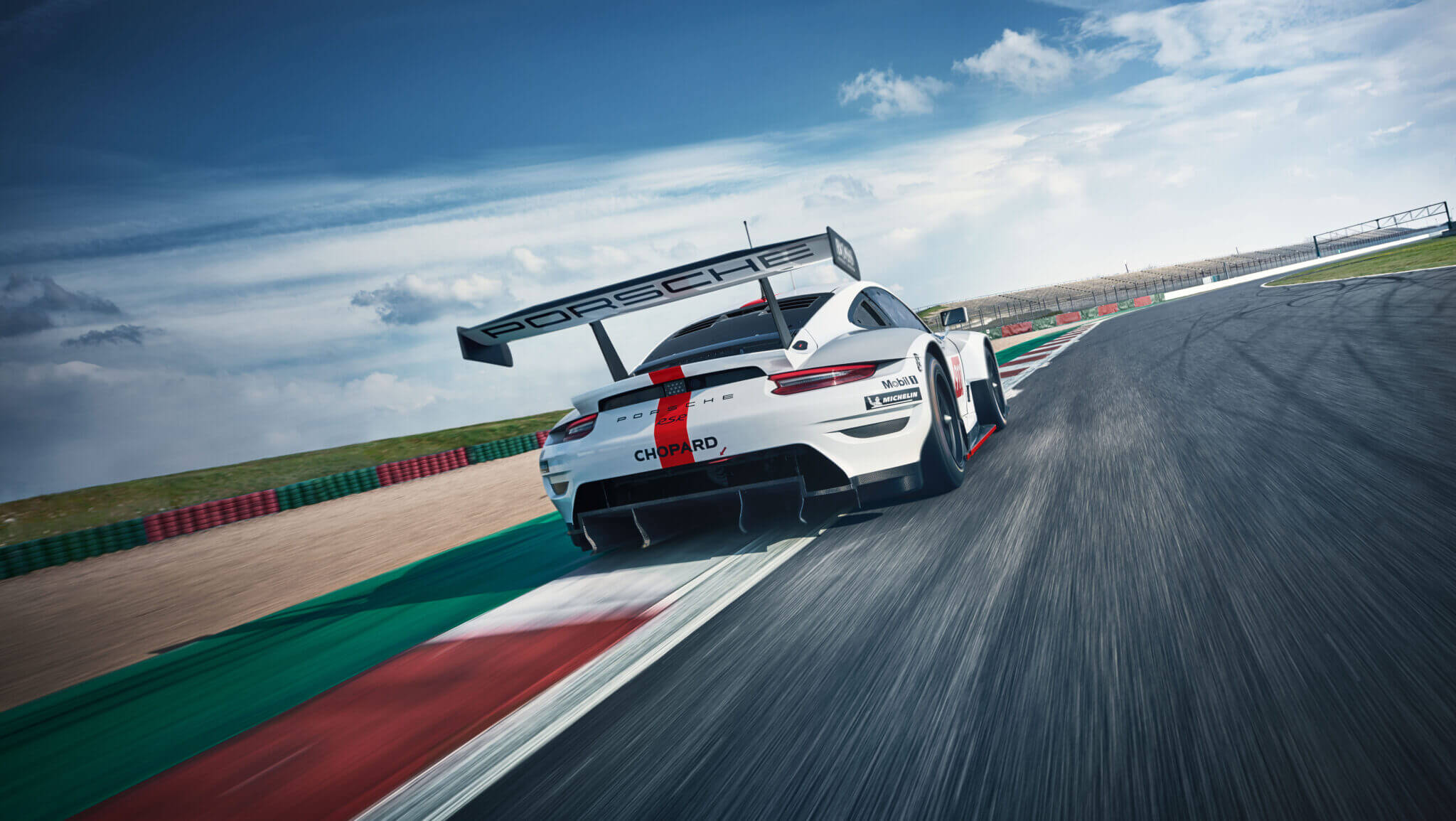 Porsche has given its 911 RSR a thorough remodel to prepare it for a WEC title defense next year. The German marque showed off its new GTE contender at the Goodwood Festival of Speed this weekend, and one of the chief updates involves a new, more powerful heart.

It was only a few years ago that Porsche enlarged its tried-and-true flat-six to a fulsome four liters. The current RSR — the one that made a splash by adopting a mid-engined layout — had its own 4.0-liter engine, pushing out up to 510hp depending on restrictors. Porsche has added another 194cc to its displacement for the 2019 model. While power is only slightly up — to 515hp — the company says it offers a wider rev-range and improved drivability. Those are arguably more important aspects for a car that will run multiple endurance races…

The engine is once again mounted ahead of the rear wheels. The car itself is still based on the 991.2 generation as well, not the newer 992. Beyond the looks and layout however, much of the car is different: Porsche says 95% of it, in fact. All that carries over from the last RSR are the headlights, brakes, clutch, driver’s seat and some suspension pieces. 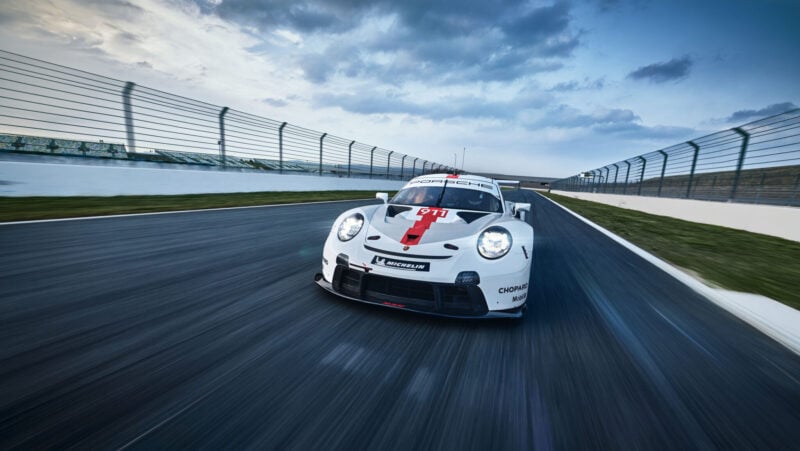 Porsche’s engineers have moved that wailing exhaust from the tail to just ahead of the rear wheels. This saves weight and improves aero on its own, but the move also has a knock-on effect for the rear diffuser, which generates more downforce now.

Power heads to the tarmac through a “more rigid” six-speed sequential with faster shift times to 18-inch Michelin slicks.

The new 911 RSR will make its race debut in less than two months at Silverstone for the FIA WEC season opener. Factory teams will run the cars at first, with customer vehicles becoming available for the 2020/2021 FIA WEC season. You can catch its first run up the iconic Goodwood hill just down below, though: