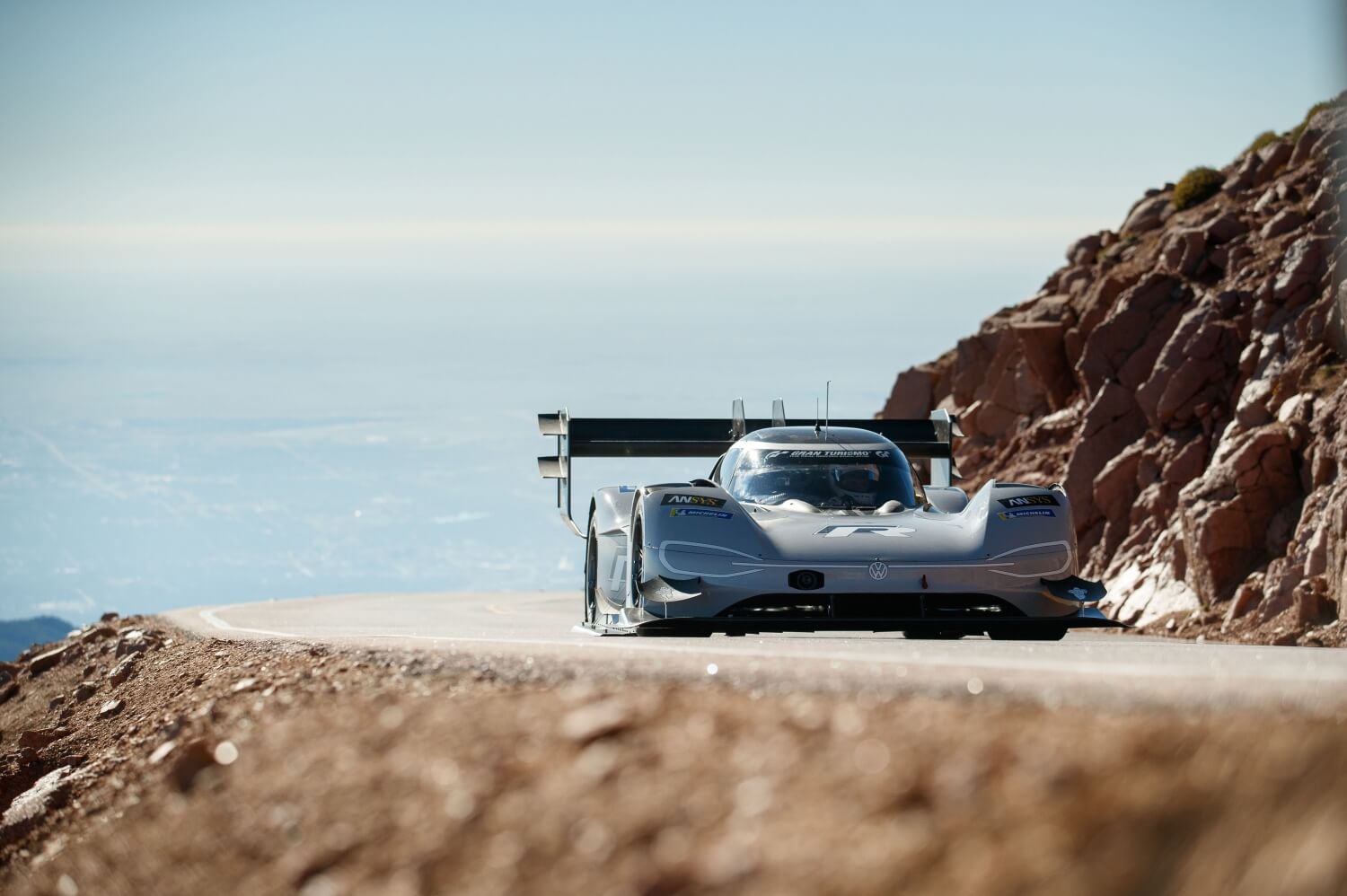 A record-setting race car has just made the transition to the digital realm. Volkswagen’s Pikes Peak-conquering I.D. R is now available in V-Rally 4.

The all-electric racer made headlines last summer when it became the first to blitz the summit in under 8 minutes. Two motors produce a combined 680hp, helping the all-paw powerhouse hit 0-62mph in a faintly ridiculous 2.2 seconds. It helps that the carbon-fiber I.D. R only weighs in at 2,425lb — around 500lb less than your everyday Golf.

Romain Dumas was the man that piloted the I.D. R into the record books. Unfortunately, if you’re hoping to challenge his time, you won’t be able to in V-Rally 4. Pikes Peak isn’t a part of the game, as it appears to be the exclusive license property of GT Sport developer Polyphony Digital.