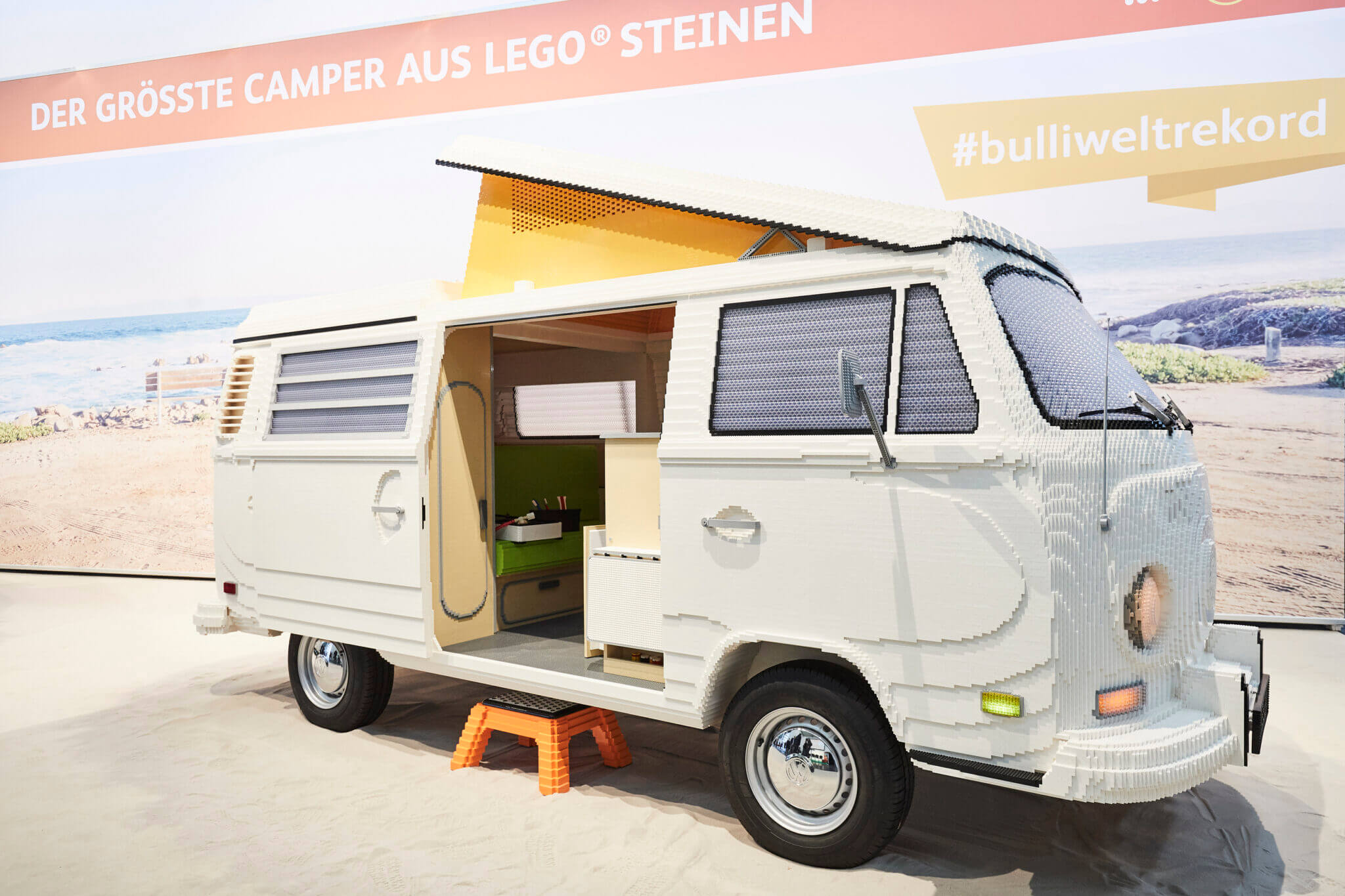 If you’re visiting the f.re.e leisure and travel fair in Munich this week, you’re in for a rare treat. On display alongside a 1960s original is a full-sized Volkswagen T2 Camper — or Bulli — made entirely from LEGO bricks.

The LEGO Camper took six weeks to create, and was the work of just two men. Officially certified Lego model makers Rene Hoffmeister and Pascal Lenhard built the record-breaking model, sometimes working through the night to hit the deadline.

They worked to a strict construction plan they’d developed from 3D models of the original. However, this wasn’t entirely a trouble-free affair. At one point Hoffmeister and Lenhard discovered they were missing the transparent bricks they needed for the Bulli’s windows — 20,000 of them!

It was quite a technical challenge too. The LEGO Camper has a functioning sliding door and includes the famous Westfalia pop-up roof.

Tipping the scales at 1,550lb, the Camper is 40% lighter than the real thing. That’s despite being well over 16 feet long, six feet wide and, with the roof deployed, 10 feet tall. It’s the largest LEGO replica Volkswagen T2 Camper ever made.

If you want to catch the Bulli first hand, it’s on display at the f.re.e fair at Messe Munich from February 20 to February 24.