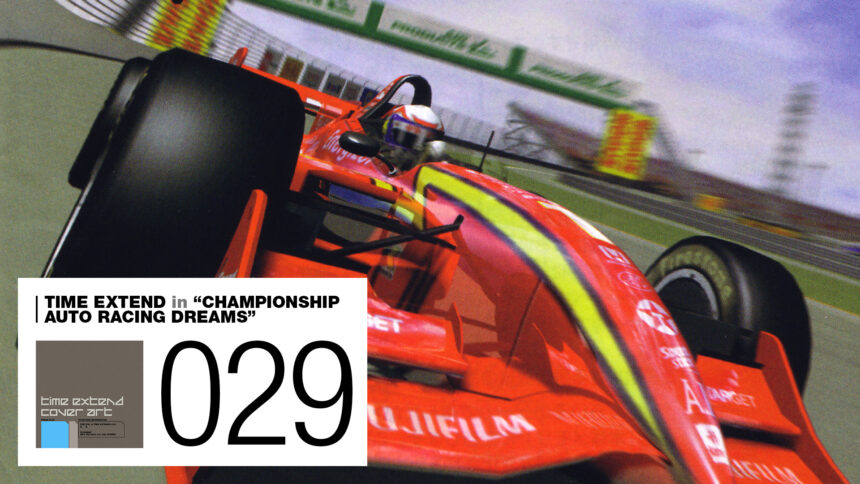 They call it ‘The Split’. In 1996, the burgeoning pinnacle of American open wheel racing, Indy Car, fractured into two rival series: the Indy Racing League; and CART, which stood for Championship Auto Racing Teams.

What followed was an arduous, 12-year long political conflict which ultimately benefited no one, and left the discipline unquestionably worse off west of the Atlantic. Though the two parties reunited in 2008, you could argue the sport still hasn’t fully recovered from The Split, and likely never will.

Yet, out of all that drama, we got games. Many of which were middling, though few remain as curious to revisit as 1999’s Flag To Flag. Fully licensed by CART at the peak of its tenure, Flag To Flag was a launch title for the Sega Dreamcast in the States, and an unlikely member of the publisher’s short-lived Sega Sports family. It sat on shelves next to the likes of NFL 2K and NBA 2K.

Flag To Flag is an admittedly messy title, with confounding physics, lazy AI, and visuals that didn’t even impress for the time. And yet, it’s unrivaled as a time capsule for one of motorsport’s most infamous eras, that still managed to produce phenomenal racing.

Just over 20 years on, CART still stirs up nostalgia in its most fervent fans. Joining Time Extend to chat about Flag To Flag is a personal friend and easily the biggest American open-wheel buff I know, Trevor Longman. Trevor helps us put Flag To Flag in the proper context, and understand why it struck at such a bittersweet moment — both for the political reasons already mentioned, as well as a tragedy that took one of the world’s most inspiring racing talents away from us far too soon.

Gaming 17 Sep 19 by Andrew Evans
Sony has apologized for how it handled PlayStation 5 pre-orders, and has promised to rectify the situation with further console availability soon. Despite a comment earlier in the year that…

FIA WEC 171 Sep 19 by Andrew Evans
It’s fair to say that this years racing calendar hasn’t exactly gone to plan. That’s why we’re about to settle down for one of our favorite 24 hours of racing…