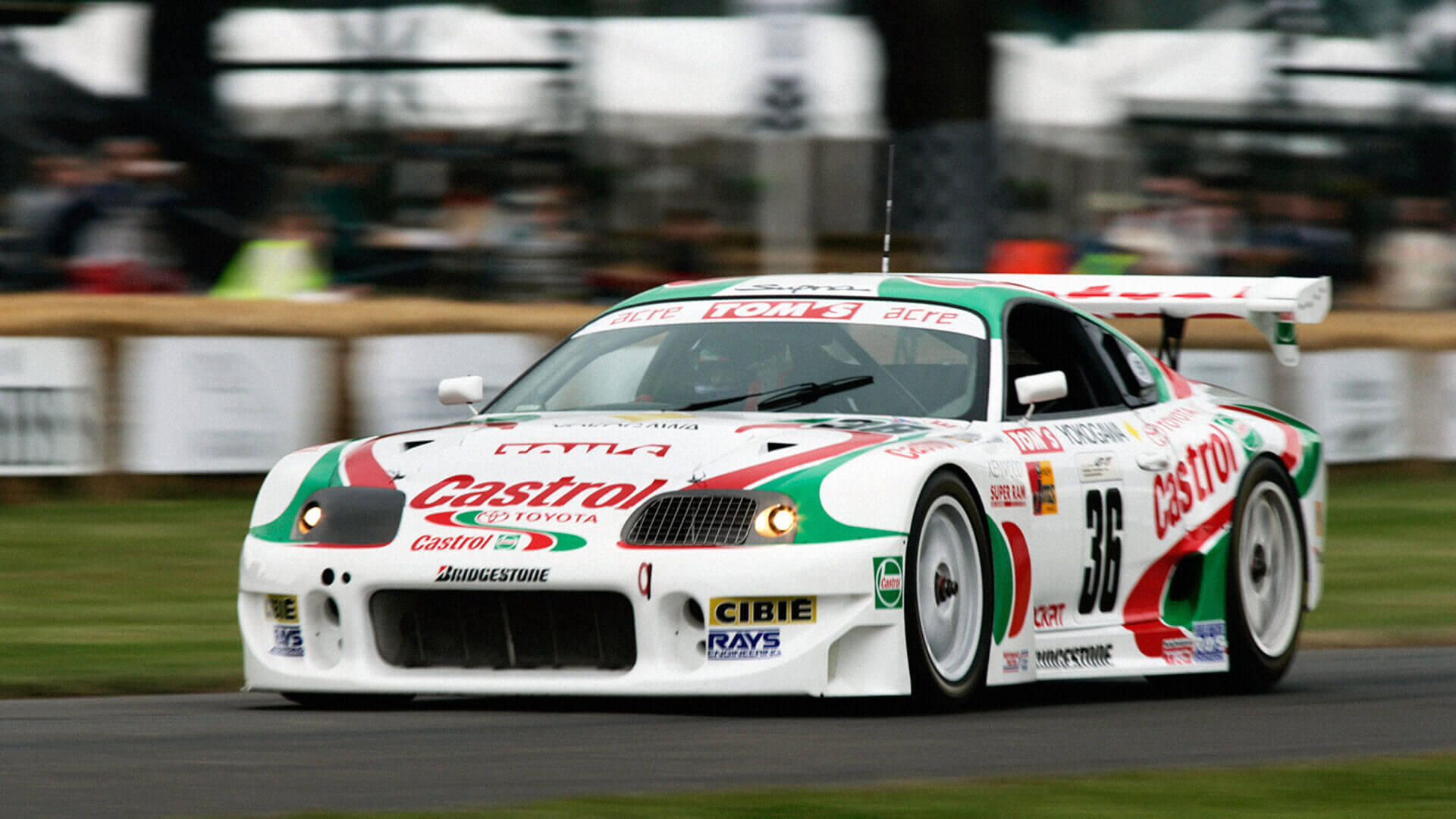 Renowned Toyota racing outfit Tom’s has set up a rather unusual crowd-funding appeal. The goal? To fund a complete rebuild of one of its most famous cars which was recently rediscovered rusting away in a random Japanese warehouse.

When it comes to racing cars, we’ve all got our own favorites. However there’s one that will hold a special place in the memories of Gran Turismo fans and which stands out as one of the most iconic: the Toyota Castrol Supra.

The combination of the Supra body and the white, red, and green Castrol livery is an enduring image. Tom’s, the Toyota tuning outfit which campaigned the Supra, won the All Japan Grand Touring Championship (JGTC) in 1997 with the car.

However, this 1998 Supra appears to have had a rather less than ideal retirement. According to the crowd-funding site, the car somehow ended up being passed to an unknown person, who locked it away in the warehouse. Nobody seems to know who was responsible, nor how long the Supra has been there.

Since whomever stored it did so with little concern for preservation, the classic race car is in a sorry state. It appears to have ended up in its tomb directly from a race, and as such is littered with scratches. Those mixed with about 20 years of moisture in the air have resulted in a lot of rust on major components.

There is worse news. The Supra’s engine — a four-cylinder 3SGTE rather than the road car’s 2JZ six — is missing. That’s not an entirely unusual state of affairs when it comes to moving a race car around, but it does mean that the car cannot drive.

This is a situation Tom’s wants to reverse. The race team wants to bring the Supra back up to a presentable condition, and get it back out onto the race track where it belongs. Mechanics from the Tom’s team are already working on the car, but the company has launched a crowdfunding service to part-finance the restoration.

Tom’s has listed the project on the Makuake crowdfunding platform, looking to raise 50m Yen ($470,000) towards the cost. There’s a load of different packages available, from a 5,000 Yen ($47) contribution that gets you a certificate and your name on the official site, up to a 9,999,999 Yen ($94,000) bundle which allows you to borrow the completed Supra for a day.

The project is open to contributions from overseas, but for most of the reward deliveries you’ll need to be in Japan.