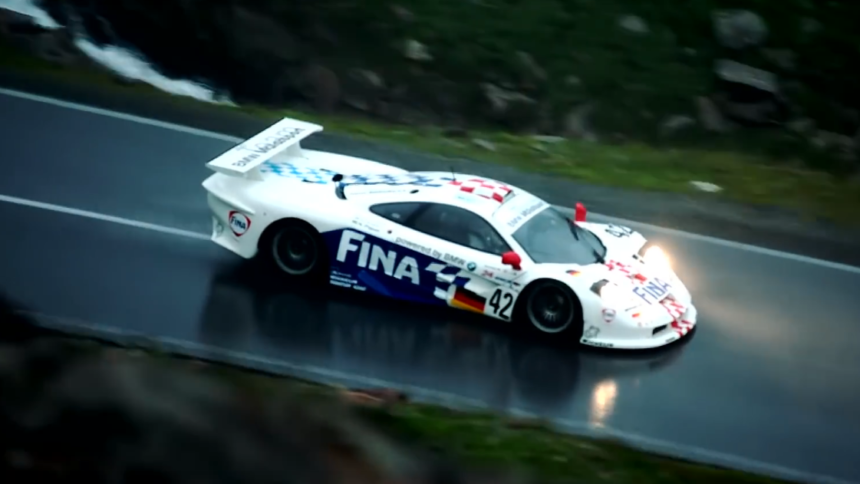 As far as birthday presents go, this is a hard one to beat.

To celebrate his 31st birthday, BMW Classic invited Formula E driver Nelson Piquet Jr. up for a day in the Tyrol region of the Alps. Unknown to him, the Germans had prepared a little treat.

Despite its later successes, McLaren never intended the F1 to be a racing car. Gordon Murray, the car’s creator, saw it as the ultimate expression of the road car. However the arrival of the road car-based GT1 category of racing caused a change of mind.

In its first year at Le Mans, it won outright, but by 1997 the rules had changed. GT1 now permitted “homologation specials” like the CLK-GTR, Nissan R390 and Porsche 911 GT1. Rather than being road cars like the F1, these were race cars, with a very small number of road cars made — sometimes just one.

This forced McLaren to adapt and, with BMW Motorsport, it created the GTR Longtail. The car gained a longer nose and, obviously, tail, along with a wider rear spoiler. The changed made it slightly slower in a straight line than before but improved cornering speed dramatically.

At its heart though, the F1 remains a road car as Murray intended — though rarely driven on roads. We’re pretty sure no-one’s driven it on a road like this before though.

Timmelsjoch High Alpine Road passes through the Tyrol between Austria and Italy. It’s usually a pretty hairy road, but in the wet it’s downright treacherous. Add in 600 hp and a racing steering rack and clutch, and it’s pretty crazy stuff.

Nevertheless, Piquet seems to enjoy it and it’s a rare opportunity to see this monster in the wild!