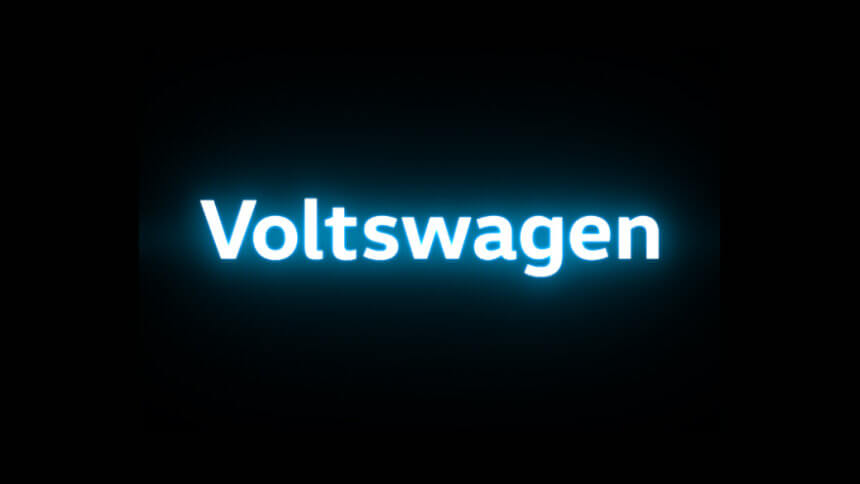 Volkswagen, one of the world’s largest automotive manufacturers and best-known brands, is taking the extraordinary step of re-branding itself for the North American market, to Voltswagen. Although this might sound like something you’d expect to read this coming Thursday — April Fool’s Day — it actually appears to be a genuine thing that’s really happening.

Update: It now appears not to be a genuine thing that’s really happening. After confirming the leaked March 29 press release was genuine on March 30, and issuing a corroborative press release, Volkswagen of America has now walked back the confirmation. VW now states it was an “April Fool’s effort”, which seems to have been grossly mis-timed and which the company inexplicably doubled-down on to media. Our original article appears below.

The Volkswagen name of course derives from the German words for “people’s car”, which was coined from the pre-war German government’s attempts to create a car that the average family could afford to buy and run. Ultimately the car which later became known as the Beetle was that people’s car, and the brand effectively sprung up from there.

This new branding reflects Volkswagen’s current direction, as the company — like so many others — pivots into electric vehicle production. As the newly named Voltswagen of America points out, the volt is the derived SI unit for electrical potential, so the new name is both a pun of sorts and a statement that the company is pushing into the electric future. 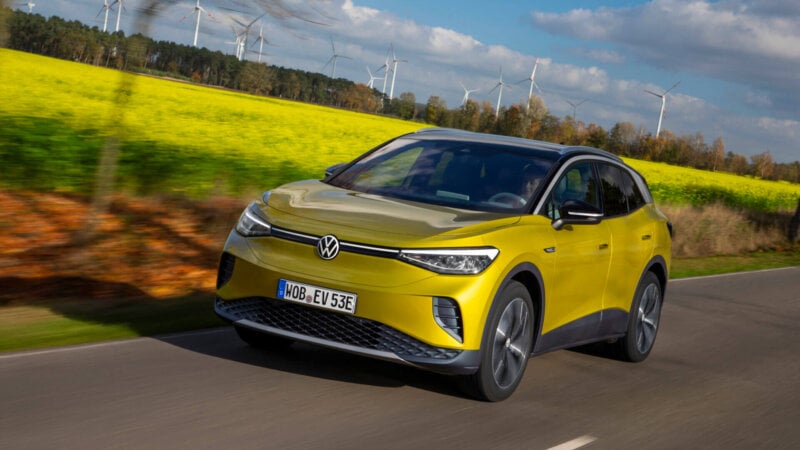 The name change in fact coincides with the launch of the ID.4 into the North American market. It’s the first long-range EV from Volkswagen, and marks the start of the brand’s target to sell a million EVs worldwide over the next four years. In total, VW will launch more than 70 electric vehicles across all of the company’s brands by 2029.

Voltswagen will continue to sell both EVs and internal combustion cars, but will demarcate them with colors and branding. The EVs will all feature the light blue highlights that VW has been using since the Golf GTE, as well as the Voltswagen name, while IC cars will use dark blue highlights and only VW badging.

“As our newly launched ID.4 campaign demonstrates, the humanity at the core of this brand remains its enduring legacy. The tone of Voltswagen will be a consistent thread between the branded communications for our growing electric fleet to our gas vehicles.

“Over the course of the next few months, you will see the brand transition at all consumer touch points. This is an exciting moment for us, and we have been working through every avenue to make the transition clear, consistent, seamless and fun for all.”

For now, Volkswagen outside of North America will remain as Volkswagen.

VolkswagenVoltswagen
56 Comments Discuss this post in our forums...
Test Your Badge Knowledge With Our Car Logo Quiz