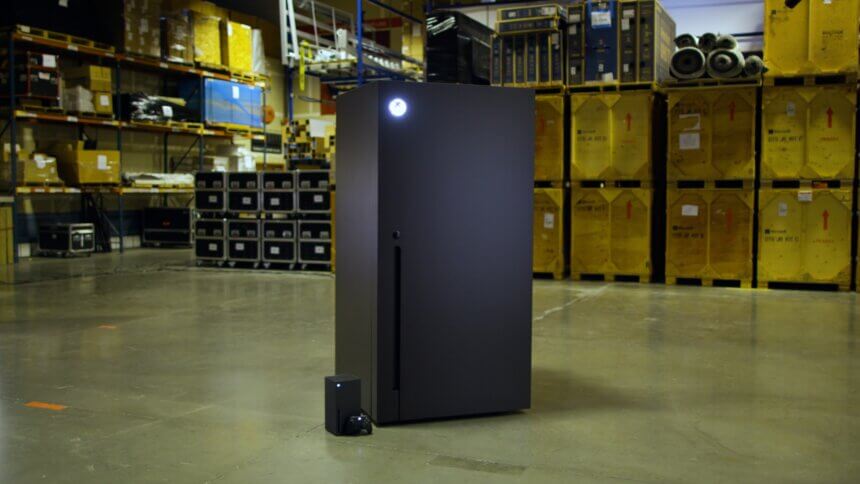 While we’re pretty excited for the next-gen console launches over the next two weeks (yes, really), we have to admit that the consoles’ designs are on the divisive side. The looks of both the Xbox Series X and PlayStation 5 have drawn some comparisons to everyday objects; the internet seems to think that the PS5 looks like an enormous wireless router, and the Series X is more like a fridge.

Well, Microsoft has leaned into the meme and come up with probably the coolest thing in console accessory history, literally. It’s unveiled the new Xbox Series X Fridge, with the help of — obviously — Snoop Dogg.

Somewhat recursively, the XSX Fridge looks just like the console, only it’s some six feet tall and weighs around 400lb (181kg). Oddly, Microsoft says that this is a “1:1 scale replica”, but unless the console itself is going to be a 72-inch behemoth, we reckon it’s around 6.5:1 scale. 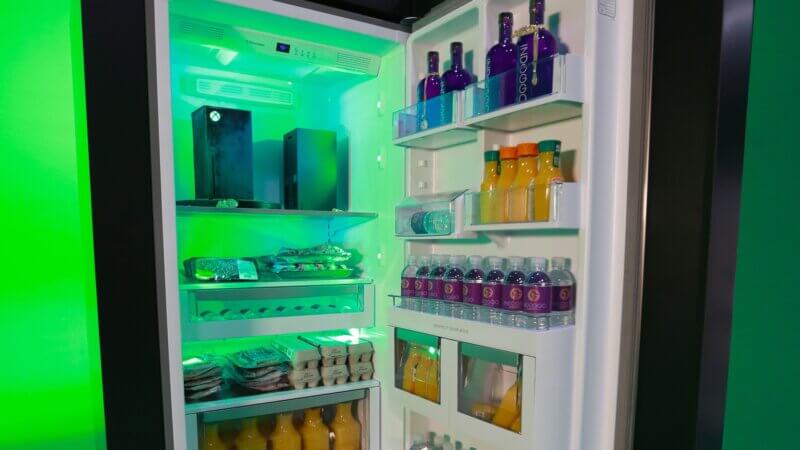 Naturally Microsoft hasn’t gone into the refrigeration solutions industry for this project, and instead has enlisted the help of Electrolux to convert one of its fridges into an Xbox.

The 18cuft (525-liter) item is a fully working fridge with space for plenty of on-brand products or, as you’ll see from the video below, gaming easter eggs. We wouldn’t recommend putting your console inside though, as the condensation may ruin your gaming experience.

On the outside, the fridge sports an illuminated Xbox logo when powered on, just like the real thing. The disc drive slot on the real console acts as the door handle for gaining access to the chilled goodness inside. Rather than a regular, cold, bluish-white interior LED, the XSX Fridge lights everything up in green, which is probably not the best color for spotting spoiled food.

The best news is that the XSX Fridge is not a one-off. While Microsoft may have given Snoop Dogg the first one, others have made their way to the kitchens of gaming influencers. In addition, Microsoft is offering one fridge to a lucky gamer.

All you need to do is follow the official Xbox Twitter account and retweet the promotional message with the hashtag #XSXFridgeSweeps before November 4. If you’re 18 years old or older and live in an Xbox Live supported region, you’ll be in with a chance of winning.

Follow and retweet with #XSXFridgeSweeps for a chance to win the Xbox Series X Fridge.

Xbox Series X
15 Comments Discuss this post in our forums...
Test Your Badge Knowledge With Our Car Logo Quiz

WRC Series 17 Jun 16 by Andrew Evans
If you’re a PC player and you use Steam, you’ll be able to play a short demo of WRC 10 for free over the next week, starting later today. Thanks…

Forza Series 153 Jun 13 by Andrew Evans
Microsoft has officially announced Forza Horizon 5, and at the same time confirmed both its setting and launch date. As expected, the Horizon Festival will move across the Atlantic to…