Booking tickets for the 24 Hours of Nürburgring endurance event usually implies thinking about measures to combat insomnia, an inevitable problem during these kinds of events. This year however, it was worth staying up late. Neither rain nor hail could ruin a podium lockout for Mercedes-AMG (as well as fourth place), plus a top 30 placement for both GT Academy Team RJN and Walkenhorst Motorsport, the latter hosting Polyphony Digital CEO Kazunori Yamauchi. 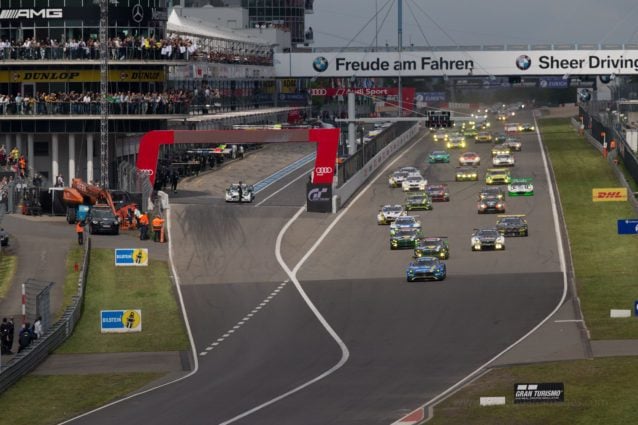 SP9 was the name of the class Yamauchi joined when it became clear he would be returning to the Nürburgring 24H racing event, piloting the #101 BMW M6 GT3 together with Matias Henkola, George Richardson and Max Sandritter. Although their car retired during 2016 24 Hours Nürburgring qualification round after only 11 laps due to mechanical damage, they managed to rebound in the actual race and cross the finish line 18th in SP9 class and 22nd overall. 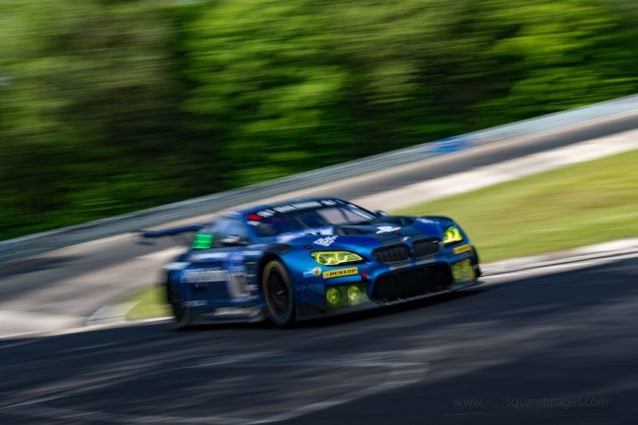 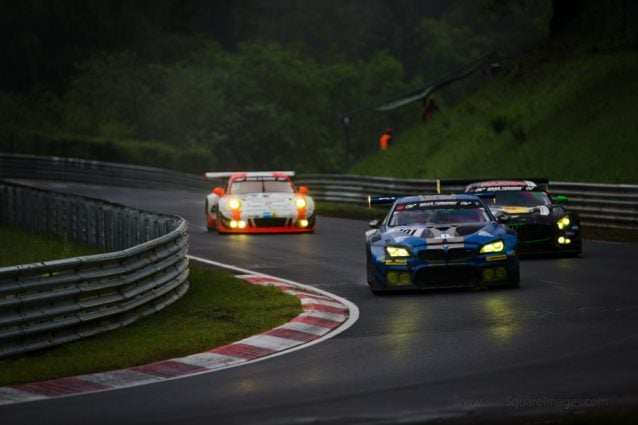 Lucas Ordonez, Michael Krumm, Kazuki Hoshino and Alex Buncombe participated in the event with the #35 Nissan GT-R GT3, under the supervision of GT Academy Team RJN. The car finished the race 11th, both in-class as well as overall. 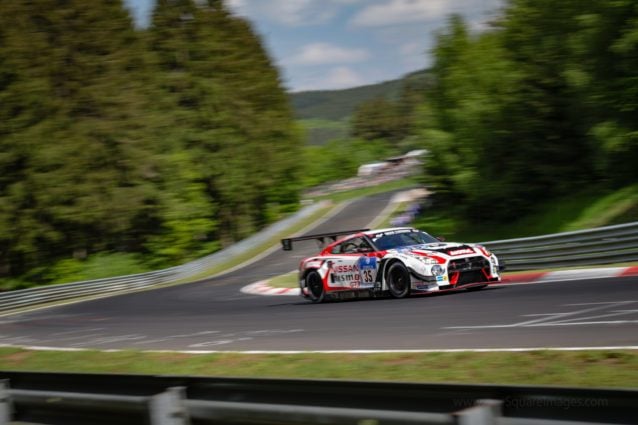 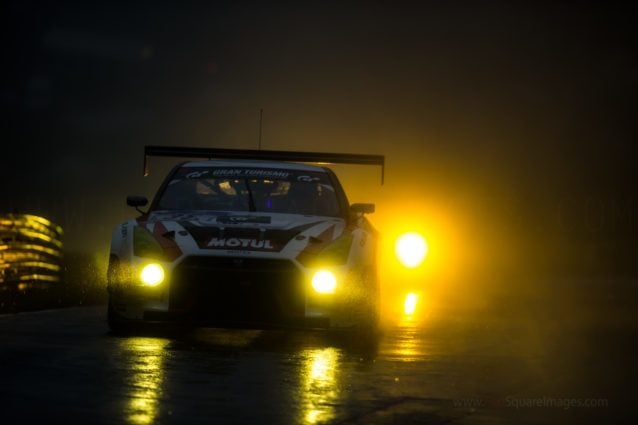 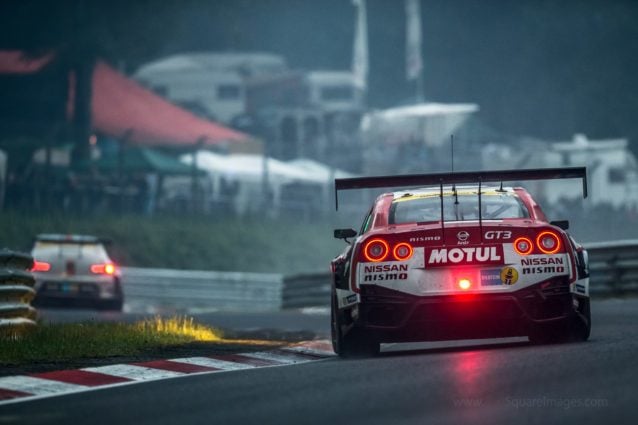 The on-board camera caught some of the action, watch it below:

Unfortunately, the same good fortune did not smile on the other GT Academy winners that were competing in the event. Jordan Tresson (2010 GTA winner) and Mark Shulzhitskiy (2012), ran with the familiar Schulze brothers in the #48 Nissan GT-R. Looking like the cars in the top class, the Schulze car was actually based on the the road-going GT-R, retaining the AWD setup with a GT3 bodykit added on top (hat-tip to Snaeper!). The car retired shortly after the 7 hour mark. 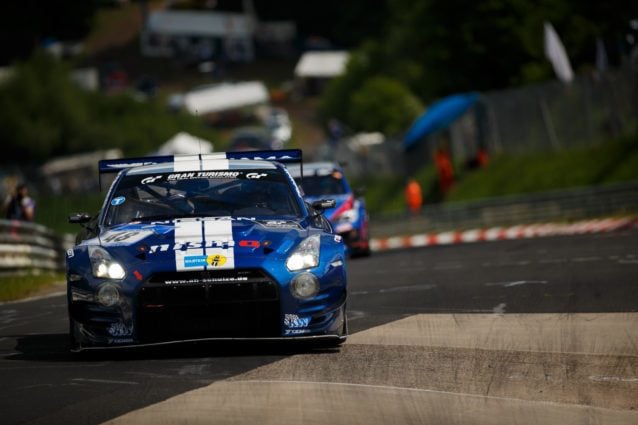 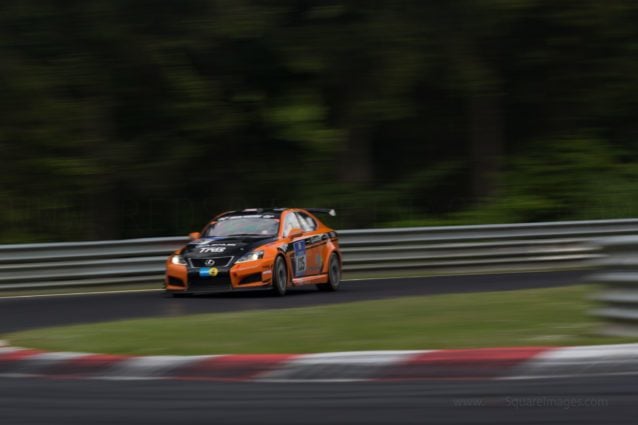 Up in the top SP9 class, Team Zakspeed’s #24 Nissan Nismo GT-R GT3 was forced to retire at the halfway mark of the race. Among its drivers was 2013 GT Academy winner Florian Strauss. 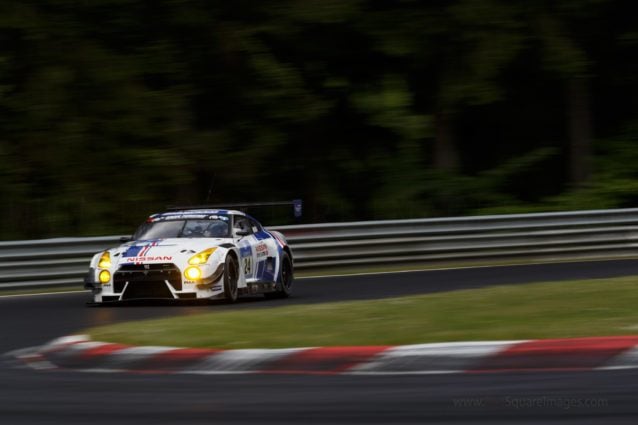 One particular problem that put all drivers on edge – weather. Frisky clouds decided to cause a dramatic change of events by pouring down rain and hail almost an hour after the race started, causing a number of crashes and off-track moments. The officials had no choice but to wave the red flag and halt the pace of the race for the next three hours. By the time the weather had finally stabilized, 19 hours remained until the end of the race. During a conversation with Sportscar365, driver of AMG-Team Black Falcon Maro Engel recalled:

”It was crazy, everyone was losing control of their car going 30-40 km/h. I was aquaplaning and had no control of the car for maybe 400 meters, everyone was just trying to somehow survive. The team gave me a warning and everything, I really slowed down but once you got on the grass it was very hard to stay out of the barriers.”

Excitement reached a culmination point on the last two laps with Christian Hohenadel and Maro Engel battling for the lead position, both in the new AMG GT3. Car #29, driven by Hohenadel, would have won the festival for HTP-Motorsport by 0.7 seconds over Maro Engel in Black Falcon’s #4 car if the race clock had stopped ticking before he completed the lap.

However, with around 35 seconds left on the counter upon crossing the starting line, he had no other choice but to continue repelling Engel for another lap. The situation completely changed when Maro Engel dive-bombed up the inside on the GP circuit, successfully turning the tables on Hohenadel. 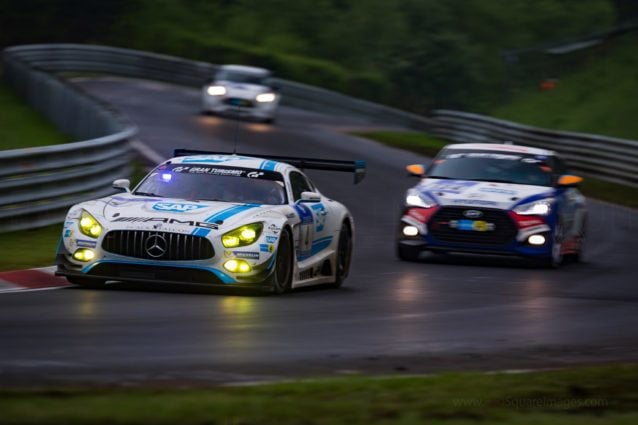 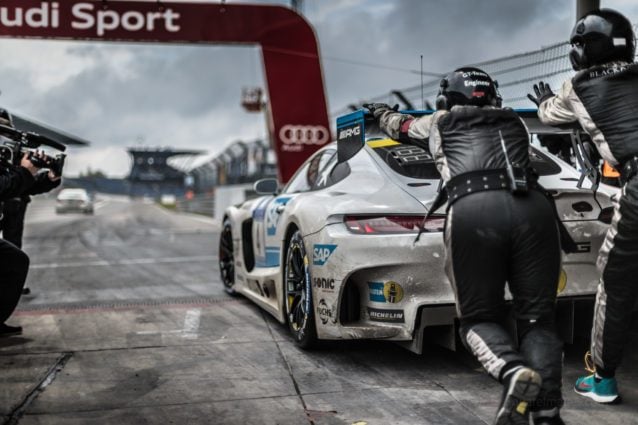 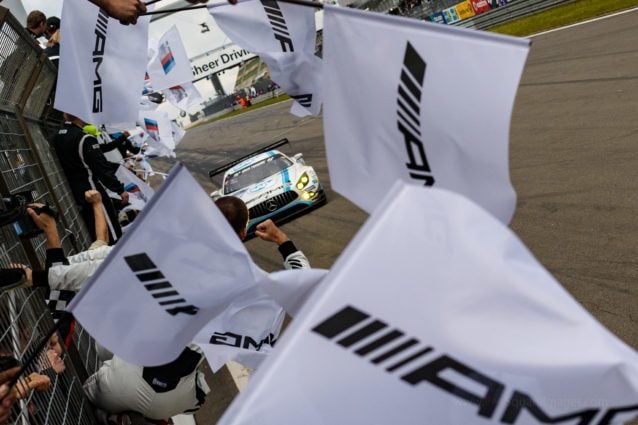 The entire battle can be seen below:

And that is all for this year’s Nürburgring 24 Hours event! Make sure to check official results for more details on other competitors. If you missed it, you can catch the last 3 hours of the race here at the official site. See you next year!