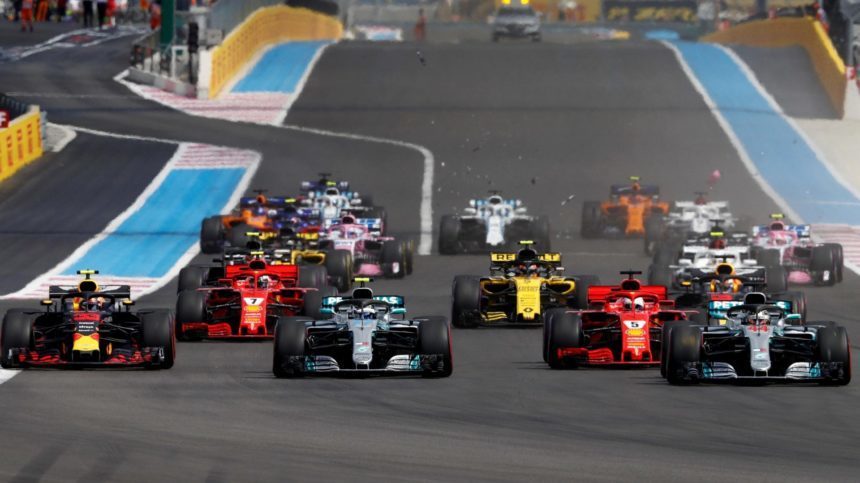 Heading into today’s race was a gamble for all parties involved. Would the returning Circuit Paul Ricard make for an interesting race or would it flop? Good news then that the venue was eventful and thensome.

Lewis Hamilton took Mercedes to an outright victory in the first French GP in 10 years. Hamilton controlled the race off the line from beginning to end without any threat. He takes the victory on the 107th anniversary of the late Juan Manuel Fangio, who last won the French GP for the Silver Arrows in 1954.

Furthermore, the Briton reclaims the championship lead, 14 points clear of Sebastian Vettel. Today went along more or less perfect for Hamilton. He crossed the line seven seconds ahead of Max Verstappen in second for Red Bull. 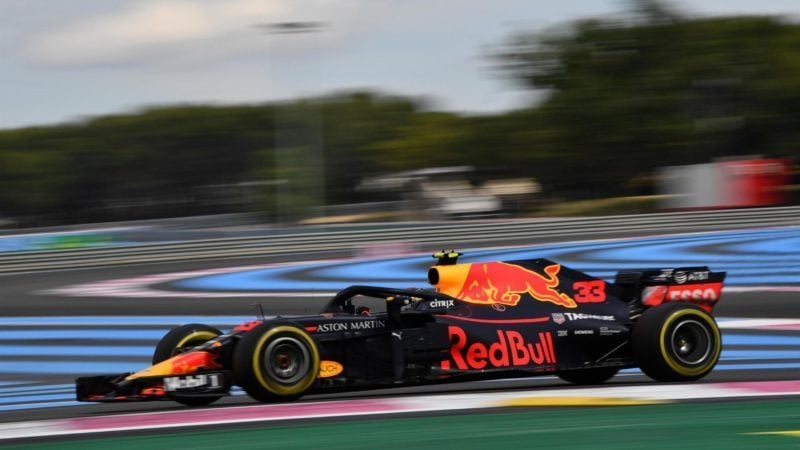 Verstappen looks to be in a new headspace as of late. He drove a clean race and avoided trouble, finishing ahead of teammate Daniel Ricciardo down in fourth. In the third position is Kimi Raikkonen for Ferrari. While a 2-3 finish looked to be on the cards for Red Bull, the Finn dashed those hopes, reeling off a handful of fastest laps throughout the race. He forcefully took the final spot on the podium from Ricciardo through Turn 8 with seven laps remaining.

As of now, this is Raikkonen’s 102nd start without a race victory. He’s now the first driver in F1 history to score 25 podiums without a single win in the same period. A better statistic is this ends the brief stint of the Finn finishing outside of the top three in 2018.

Of course, this wouldn’t be 2018 without some form of mayhem and there was plenty of it early on. The opening lap has proven to be a consistent form of chaos and today was no different. 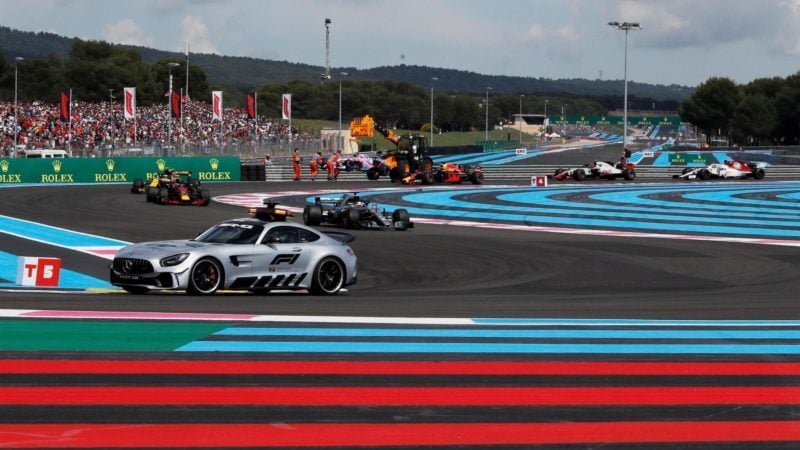 Heading into Turn 1, Vettel and Mercedes’ Valtteri Bottas butted heads. Vettel got off to a good start and as the two approached the first corner, he locked the front-left tire and collided with Bottas. The resulting spin broke Vettel’s front wing and punctured the Mercedes’ left-rear tire. Both would limp back to the pits, with the Mercedes coming off worse for wear out of the two.

Turns 3 and 4 saw the carnage continue as Toro Rosso’s Pierre Gasly slid into the Force India of Esteban Ocon. Both men were out of their home GP race on lap one, far from the result either wanted. As you would imagine, the craziness prompted the appearance of the Safety Car.

As the race resumed on lap 5, Hamilton took off into the distance undeterred. Verstappen remained second, with Carlos Sainz taking third for Renault. Sainz’s time in this position was brief as Ricciardo would soon take the position in the Red Bull. He would fall further behind as Raikkonen was quick to pounce for fourth. 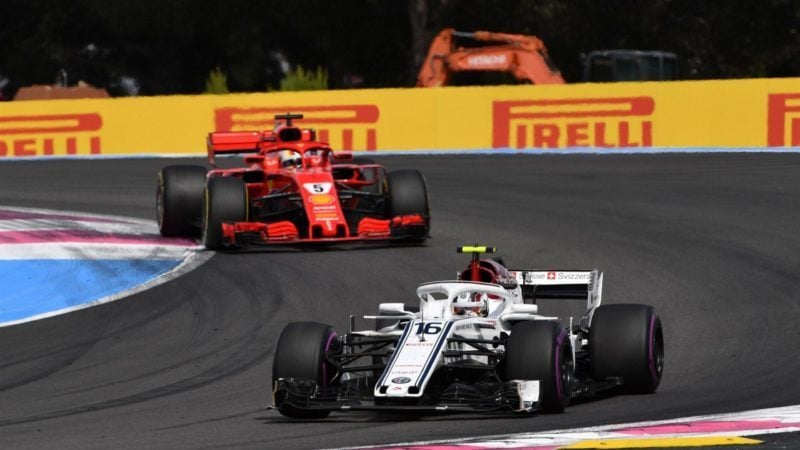 Despite the fact that Vettel rejoined the field at back behind the Safety Car, he carved his way back up the order. The German driver made his way to fifth and a brief period in third following the first round of stops. With his own tires fading and a five second penalty looming for the Turn 1 incident, it wouldn’t last long.

Bottas limped the Mercedes across the line in seventh, robbed of a likely 1-2 finish for the team. He was unable to challenge for sixth as that honor went to Haas’ Kevin Magnussen. Sainz performed well for the team but was ultimately let down by a nagging engine issue.

Reporting a loss of power, Sainz was able to hold onto to eighth ahead of teammate Nico Hulkenberg in ninth. Not a bad result for Renault at its home race as it could have gotten worse. Even better, Sainz is the only other driver aside from Hamilton and Vettel to score points in six races in a row. 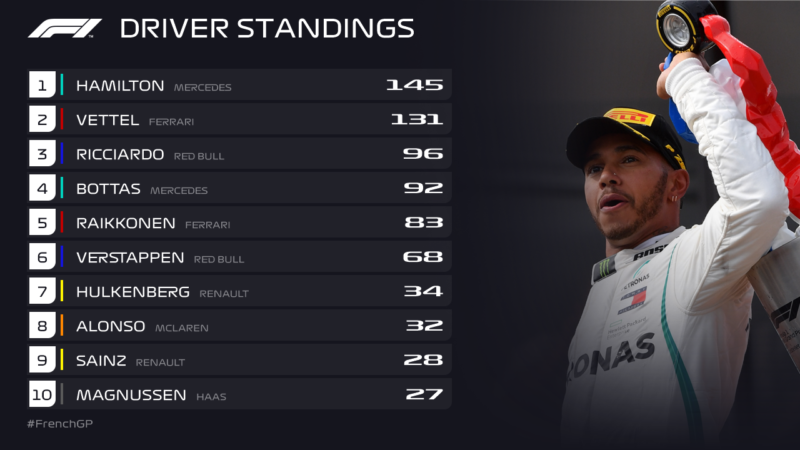 Rounding out the top 10 is Sauber’s Charles Leclerc. An impressive drive for the rookie who has scored points for the team in four of the last five races. It’s worth noting Sauber now has more constructors’ points than in 2016 and 2017 combined.

Lance Stroll and Sergio Perez were the only other retirees. Stroll’s day came to an end on lap 47 when the front-left tire of the Williams gave way. Perez suffered an engine problem, giving Force India its first double DNF since Hungary in 2015.

Next up, the action heads to the Red Bull Ring for the Austrian Grand Prix on July 1. 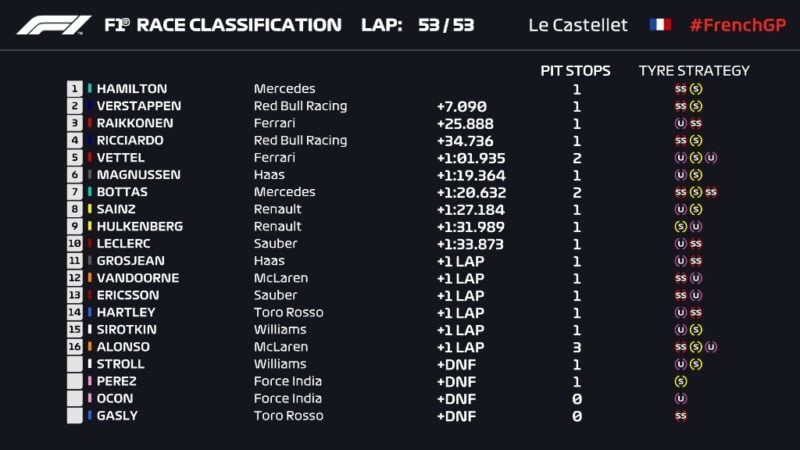 F1 2018 Season
315 Comments Discuss this post in our forums...
Test Your Badge Knowledge With Our Car Logo Quiz